Peter McWilliams, a best-selling author of self-help books who fought for the medicinal use of marijuana, died June 14 at his home in Los Angeles. He was 50 and had AIDS and AIDS-related
non-Hodgkin's lymphoma.

Mr. McWilliams caught the crest of the wave of the personal-computer revolution with his highly successful ''The Word Processing Book: A Short Course in Computer Literacy'' (Prelude Press, 1982). But he gained attention in recent years by advocating, in print and in court, the legalization of marijuana. His book ''Ain't Nobody's Business if You Do: The Absurdity of Consensual Crimes in a Free Society'' (Prelude Press, 1993), which made his case for drug legalization, became a libertarian manifesto. And his arrest in 1997 for growing marijuana became a test of judicial tolerance in California.

At his death, Mr. McWilliams was waiting to be sentenced in federal court after being convicted of having conspired to possess, manufacture and sell marijuana. He and a co-defendant, Todd McCormick, were accused of growing more than 4,000 marijuana plants.

They pleaded guilty to the charge last year after United States District Judge George H. King ruled that they could not use California's medical marijuana initiative, Proposition 215, as a defense, or even tell the jury of the initiative's existence and their own medical conditions (Mr. McCormick has fused vertebrae from childhood cancer treatment). Federal courts have declined to recognize the initiative, approved by the state's voters in 1996.

Accused of financing the enterprise, Mr. McWilliams insisted that he was growing the marijuana for cooperatives supplying the drug to medical patients in California. Government prosecutors contended that he was growing the plants for profit.
He said that being denied the drug left him nauseated most of the time and without energy. At his last court appearance, he sat slumped in his wheelchair. He was given a diagnosis of lymphoma in 1996. He said that he had not smoked marijuana for years but that upon returning to it he found that it eased the side effects of chemotherapy.

Peter Alexander McWilliams was born Aug. 5, 1949, in Detroit, the son of Henry G. and Mary Taormina McWilliams. His father was a drugstore supervisor and his mother worked occasionally in sales. He graduated from Allen Park High School and attended Eastern Michigan University, in Ypsilanti, and later studied under Maharishi Mahesh Yogi at Maharishi International University in Fairfield, Iowa. At 17 he wrote his first book, ''Come Love with Me and Be My Life,'' a collection of romantic poems published by his own Versemonger Press. Among the better known of the nearly 40 books that followed were ''Surviving the Loss of a Love'' (Versemonger, 1971); ''Life 101: Everything We Wish We Had Learned about Life in School but Didn't'' (Prelude Press, 1990), and ''Life 102: What to Do When Your Guru Sues You'' (Prelude, 1994), written after the author fell out with John-Roger. Mr. McWilliams is survived by his mother, Mary Fadden, and his brother, Michael, both of Allen Park, Mich. 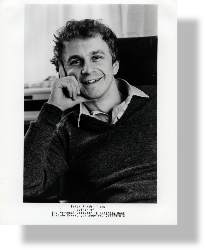