"Peter McWilliams provided a very strong example for the rest of us and his books live on and his legend lives on,” Oregon activist Paul Stanford says. Paul is among many other cannabis activists of today who admire Peter McWilliams' works, wisdom and activism. Paul heads Presto Quality Care, formerly THCF Medical Clinic and each year he hosts Hempstalk in Portland. Like Peter, Paul is also an outspoken activist for the repeal of prohibition.

"But who was Peter McWilliams," you might ask, "and why should I care?"

Peter Alexander McWilliams was born on August 5, 1949 to Henry (aka “Mac”) and Mary McWilliams. He attended Allen Park High School, where he was being bullied because it was assumed he was gay. Peter tried to brush off his bullies by using humour and pulling pranks on the faculty.

Peter was all about heart, art, and spirit. Using a typewriter, he'd make his own poetry books. He even made up his own publishing companies. Long before blogs, Peter was doing it all his own way.

Peter wanted to help hurting hearts. In 1971, he combined his poetry from his book Surviving and mixed it in with the soothing advice of Melba Colgrove, Ph.D and Harold Bloomfield. The classic, How to Survive the Loss of a Love was born. Washington State activist Kristin Flor, recently lost her father, Richard Flor, a medical marijuana patient and activist. Kristin was so touched by How to Survive the Loss of a Love she said: “Peter's book is helping me through some tuff times. Thank you!”

A little book that's been around since 1971 is still helping us heal. Amazing, eh?

Peter The Poet also Peter The Computer Expert. Dubbed "The Doctor Spock of Computers," Peter sprinkled his sense of humour throughout his computer books, unique for its time. He was a regular guest on the Today Show, demonstrating to Jane Pauley and Bryant Gumbel how to use the latest gadgets. He made many fans, including conservative William F. Buckley, who became Peter's fan for life and in later years, his supporter.

Peter never liked the term “self-help.” He preferred the phrase "personal growth" much better. Titles like Life 101, DO IT! Let's Get Off Our Buts, You Can't Afford the Luxury of a Negative Thought and Love 101 soon topped the New York Times best-seller lists.

In 1993, Peter wrote the book, Ain't Nobody's Business if You Do. Doug Bandow, a senior fellow at the Cato Institute wrote, "..Peter McWilliams has entertainingly demonstrated that we need a second American revolution not only to reign in government spending and taxing; we also need one to stop the state from persecuting people who have harmed no one other than themselves. For helping to spread this message McWilliams deserves our thanks."

In 1995, Peter sought help for a problem he never realized he had all his life. "I've had a long-term, low-grade depression since I was 3," Peter admitted. "This depressed state was my benchmark for 'normal'. I would have major depressive episodes-lasting from 6 mos. to more than a year. When the 2 of these played.. havoc together on me, I had what is known in psychiatric circles as a 'double depression' (a fate I would not wish upon my worst enemy).” Together, Peter and friend/co-author Harold Bloomfield teamed up to write How to Heal Depression (available through petermcwilliams.org). Today's activists relate to this also. “Knowing you're not alone is a big step in starting to make yourself feel better,” Washington State activist Renae Ely says, she has found How to Heal Depression quite helpful.

In March of 1996, Peter learned he had AIDS and non-Hodgkins Lymphoma. His doctors had prescribed every drug under the sun. Peter would violently vomit, sometimes spending every day in front of a toilet. He lost all his appetite, and he became so weak and nauseous he would spend the entire day in bed, feeling useless. Peter considered himself a journalist, and all journalists investigate. He investigated medical cannabis, and soon began to smoke it and very quickly discovered its amazing benefits. “Nausea is an unsolved problem of medicine and marijuana is the finest anti-medication known to science,” Peter would later say before the captivated crowd at the Libertarian National Convention.

Peter threw himself into his new passion: he wanted every American to have access to medical cannabis. Peter wrote, “And so I became an outspoken advocate of medical marijuana. In 1996, before the passage of California Proposition 215 (the Medical Marijuana Act), I donated office space to a cannabis club so it could sell marijuana to the sick. I also started the Medical Marijuana Magazine on-line in February 1997; testified in favor of medical marijuana before the California Medical Examiners Board and the National Academy of Sciences; and appeared as a medical marijuana advocate in or on numerous media, including CNN, MSNBC, The Los Angeles Times, Associated Press, United Press International, CBS Radio Network, and dozens more.” Peter used his celebrity in every way possible to teach others and fight this insane drug war.

The DEA ended up raiding Peter's house. Two years worth of Peter's hard work was confiscated. He was thrown in jail for thirty days and told that if he ever used medical cannabis again, his mother and his brother would lose their houses. Proposition 215 was supposed to protect Peter and all other Californian medical cannabis patients. Peter found himself on trial, in a courtroom with an unyielding Judge. Peter would not make it to his trial.

But his story doesn't end there. I hear from people everyday who are still inspired by Peter as much as they were back in the day. Kathy Ward writes, "When I was 13 years old and dealing with emotional turmoil from years of sexual, physical and emotional abuse I turned to poetry to release my frustrations, both reading and writing. It was at this time I happened across one of Peter's books. I believe it was Catch Me With Your Smile. His raw emotion, wit and intelligence impressed and moved me. He inspired me to be more open and honest about my emotions, both in real life and my writing. He made me laugh and cry. Now, after dealing with a looong, emotional 20 year marriage and a recent divorce, I found myself going back to Peter's books and using them to help me sort my emotions. He reminded me about what is important in life and love. What truly matters and how to deal with the tornado of emotions I am dealing with. She adds, "without marijuana I wouldn't be able to handle my PTSD or Fibromyalgia. The work Peter began is coming to fruition and I am very pleased to see this."
And we're pleased to see it, too. 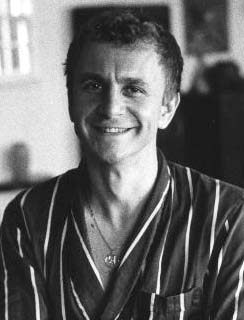