Petitioners Seek End to Arrests for Marijuana Use in Portland

PORTLAND, Maine -- A group of citizens in Portland is trying to take some pressure off marijuana users.

Tuesday, members of the group Sensible Portland turned in 2100 signatures to put a referendum on the November ballot asking Portland Police not to arrest adults for personal use or posession of marijuana. The proposed ordinance also requires the city's mayor to report to the council on marijuana arrests by police.
Police would face no penalty if they violated the ordinance, and the ordinance states that it's not intended to prohibit police from working with federal drug enforcement officers.
Sensible Portland says it's important for voters to go on record about this issue, though, since the federal government says it plans to crack down on even medical marijuana users. The group also hopes the proposed ordinance will eventually help lead to a discussion of legalizing marijuana. 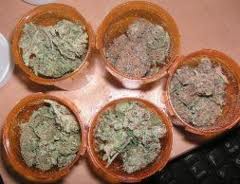 Petitioners Seek End to Arrests for Marijuana Use in Portland