For patients such as my daughter, who was diagnosed this May (at the age of two) with highly aggressive brain cancer, WE DO NOT HAVE TIME FOR POLITICAL AGENDA. This antiquated legislation MUST be rectified IMMEDIATELY. Marijuana is easily obtainable. The ONLY people these laws have kept the medicinal benefits of cannabis from are DOCTORS and PATIENTS. Having already polled the residents of the State you serve with a result of over 60% being pro-legalization, it is your responsibility as our representatives to present this leglislation on our behalf. Your denial of our request is indicative of the lack of obligation to work for us, and furthermore indicates your willingness to work against us.

TO CONGRESS:
The majority of drug addictions in this country are that of prescription drugs and legal alcohol. With that said, I never would have been an advocate for the medicinal use of marijuana had I not been forced into a situation which required my education on the matter. When my daughter was diagnosed in May, at the age of two, with highly aggressive brain cancer, my entire world, everything that ever meant anything, anything that ever made sense, dissipated overnight.

While we are led to believe that we have options in the care of our children, the truth is not so. Chemotherapy and radiation are the only treatments offered to cancer patients, and a parent does not have a choice in this treatment. While my daughter has received the best cancer care in the country, and perhaps the world, there are some things which need to be addressed. Medical professionals have no idea why a baby gets a cancer such as my daughter's. The conventional treatment are low success and high risk. She may just be one of millions to you, to doctors, and to politicians, but to me, she is the only one. She is the only one of her, and she deserves every chance possible to survive.

I studied diets, supplements, foods, essentials oils, anything that has ever been reported to have any positive effects on cancer. After months of researching, of speaking personally to doctors, scientists, and researchers, I found that cannabinoids (found in cannabis extract) could not only replace a handful of drugs she is currently prescribed, including morphine (extracted from the opium plant- a legal, prescription painkiller that does not send knowledgeable people into panic that someone is going to go smoke opium), several anti-nausea, anti-vomiting, appetite stimulants, etc., but have also been shown to stop the growth of and even kill cancer cells!

Only one of the cannabinoids found in cannabis is psychoactive (THC), and this particular cannabinoid has been replicated by pharmaceutical companies and put on the market as Marinol. Unfortunately, this replication does not work as well and does not have any of the additional effects of the other cannabinoids found in cannabis. THC induces aptosis in cancer cells! When dosed properly, just as morphine or any other plant-derived drug, the drug can be prescribed in a manner that does not obtain the negative side effects one might fear in giving a child any drug. Additionally, a non-psychoactive cannabinoid, CBD, can be increased in order to counteract any psychotropic effects of THC. This cannabinoid also aids in the treatment of cancer cells. This is not propaganda- science is firm in these findings!

The United States Government patented cannabinoids as neuroprotectants and antioxidants! Why, when a two-year-old is diagnosed with aggressive brain cancer, is this not available for a physician to use properly in order to help her? Does the Bible not state that plants are for nourishment and healing? Every drug has the potential for misuse. The supposed abuse by some can no longer deny God-given medicinal benefits to an entire nation! The bottom line is that politicians are not physicians. Please relinquish the antiquated legislation surrounding this demonized drug so that the anti-cancer effects of this drug can be further researched, and so that its many other medicinal benefits can be properly utilized.

We all know that marijuana is not hard to obtain. Therefore, who is the lack of medicinal use benefiting? This is only keeping the drug out of the hands of the people whose hands it should be in- the physicians! Allowing doctors to properly use and prescribe this drug for medicinal purposes will greatly assist those who fear stepping outside of the law, and will prevent many otherwise law-abiding citizens from doing so in extreme situations such as mine and that of so many others.

My daughter's emotional and mental well-being are as important as and contribute to her physical healing in this horrible situation. I do not feel that moving away from our friends and family in order to relocate to a state where medicinal marijuana is already legal is the right thing to do. Rather, I believe that with the education of our own politicians here in Florida we can bring ourselves up to current time.

If you have never been put in a position to have to research this topic, I will be glad to assist. I have a proposed bill, I have hundreds of studies, and I will be glad to answer any questions you have. I can get you in touch with medical professionals, scientists, and researchers. I will do anything it takes to ensure our politicians are as educated as the parents and loved ones of suffering family members have had to become. The suffering residents of your state are awaiting this legislation, and for those of us in my situation, we do not have much time. Based on the urgency of this matter, I would request that you kindly decline from having a staff member return a generic response.

TO THE GOVERNOR:
My name is Moriah Barnhart and I am writing you on behalf of my daughter, Dahlia, who was diagnosed with a highly aggressive, life-threatening brain cancer this May at the age of two. As you may or may not know, childhood cancer research is largely underfunded and while the cause of cancers such as hers are unknown, the cure is even more debatable. She is currently undergoing the only treatments available under current legislation, and with a low success rate and high probability of organ damage, brain damage, later cancers, and many other ailments, I am seeking to obtain some humanity from our politicians with regards to the outdated legislation governing our current medical treatment options (or, more accurately, the lack thereof).

We are all aware that many of our commonly used medicines come from plants. Morphine comes from opium. In fact, some of the chemotherapy drugs my daughter is being given come from plants. I believe that, as the Bible says, God created plants to nourish and to heal. While the political agenda behind the outlaw of the cannabis plant, and the hemp plant (which does not have the capability of producing psychoactive effects), has maintained a stronghold in this country for decades, we are at a point where the people have become educated and will not stand for the continued stifling of science, research, and medicine. It is now well known and documented that this plant produces extracts which treat and show curative potential for seizures, neurological disorders, and cancer. In fact, it is also becoming public knowledge that the United States government patented cannabinoids from the plant's extract as neuroprotectants and antioxidants. It is time lawmakers stopped playing God. We now understand that while politicians have maintained that this is a dangerous drug, the science shows otherwise. We see that with the majority of drug-related deaths being attributed to legal prescription drugs and legal alcohol consumption, there are no reports of death by cannabis.

In a position such as mine, I will leave no stone unturned with regards to potential treatment options for my daughter. After vigorously studying diets, supplements, and holistic approaches to helping her fight this deadly disease, it has become quite clear that cannabis is known by scientists and doctors to have medicinal benefits that outweigh those of the handfuls of dangerous and potentially deadly drugs my sweet baby is being given now, with none of the dangerous side effects. However, politicians contend that this is not so, and as a matter of personal and professional agenda refuse to reclassify it appropriately, leaving its use to those who would step outside of the law instead of placing it in the hands of medical professionals.

POLITICIANS ARE NOT PHYSICIANS. It is time this injustice be rectified.

I have attached a link to my narrated letter to Congress, as well as the bill proposal, for your review. While I will be bringing this proposed legislation to Congress on a federal level post-shut down, for the time being, it is urgent that our home state make its appropriate legislative modifications immediately. As I am sure Mr. Fabrizio has already advised you, Florida residents are already at a 60% pro position, and this number is rising. With my public outreach, and that of many others, the education of the residents should bring the statistics up drastically. I look forward to your action in show of concern and support for my daughter, as her emotional and mental well-being during this severe crisis are as important as and contribute to her physical well-being and healing. Therefore, I do not believe it is in her best interest at this time to relocate to a state wherein medicinal marijuana is already legal, but rather to bring our own state out of its antiquated legislation so that she may maintain her close bonds to family and friends here at home.

I am sure that upon being made aware of our situation, along with that of many residents of the State which you serve, as well as being privy to the science which shows the extracts of cannabis have great healing and treating potential, are not dangerous, and do not meet requirements to be falsely classified as a Schedule I drug, that you will kindly make a proactive stance in the legalization of a medicine my daughter and many others are in desperate need of. This is obviously a time-sensitive matter of the utmost urgency and I look forward to hearing back from you shortly. 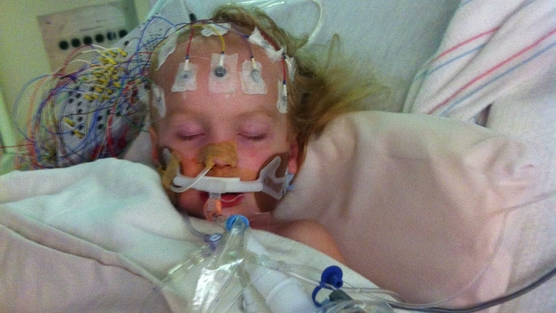 God bless yer little girl. I couldn't imagine, my eyes tear up reading yer pleas. Legal or not, my child would get it. Anyone who stands in the way should get a bullet in the brain. Cannabis users are generally nice people, thats why it's illegal. If we started a fight it would be legal in no time. As the people who keep it illegal are spineless cowards, and greedy shitheads who would piss their prissy government pants the minute we stood up for ourselves instead of ASKING for our god given rights.
You must log in or register to reply here.
Share:
Facebook Twitter Reddit Pinterest Tumblr WhatsApp Email Link
Top Bottom