Clinton police and federal agents seized 2,200 pounds of marijuana worth more than $6 million from a warehouse and discovered a sophisticated growing operation, according to authorities.

The drug bust occurred Tuesday morning at a property on 843 Main St. The 8,000-square-foot warehouse was attached to a single-family house, police said.

The warehouse was targeted by authorities as part of an on-going investigation into an alleged indoor marijuana growing operation at the property.

While executing a search warrant on the property, police arrested Sean Matt, 29, of Worcester and Thomas Laverty, 37, of Clinton. Both men were arrested without incident at the warehouse.

Inside the warehouse, investigators from Clinton police and the U.S. Drug Enforcement Administration discovered a large and sophisticated marijuana-growing operation, police said.

Matt and Laverty were charged with manufacturing, distributing and cultivating marijuana, conspiracy to violate controlled substance laws and trafficking more than 50 pounds of marijuana. They were arraigned in Clinton District Court Wednesday and held on $100,000 bail, police said.

As part of the investigation, police also executed a search warrant in Millbury around the same time as the Clinton bust. 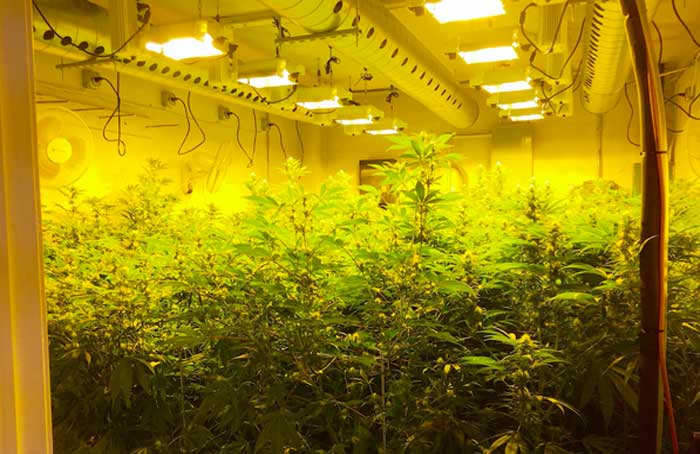 Plumbing Business Was Front For Marijuana Operation In Central Massachusetts

CA: $50 Million Worth Of Marijuana Uprooted From 2 Industry Warehouses