Poll: Should Marijuana be Legal?

If politics makes strange bedfellows, this may be one for the books.

Rep. Ron Paul (R-TX) and Barney Frank (D-MA) plan to introduce a bill on Thursday that would end the federal prohibition on marijuana.

The bill by the conservative Paul and liberal Frank would allow states to determine their own marijuana laws —including medical marijuana laws—without federal interference.

But what do you think? Should marijuana be legal in any form? We'd like to hear from you so take our poll...

Poll: Should Marijuana Be Legal? 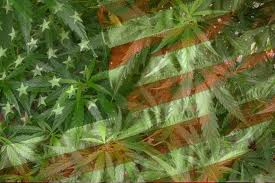 Chairman Lamar Smith said he has no intention of considering the bill, or even giving it a public hearing. We need to make him change him mind.


Almost as if on cue from a movie director, the head of the Judiciary Committee in the US House of Representatives, ‘conservative’ Republican from Texas Lamar Smith, has provided both cannabis law reformers and the general public a typical up-close view of why the US Congress—the creator of Cannabis Prohibition laws in 1937 and later the Controlled Substances Act of 1970—rarely seems to work the way it was intended. One person, either ignorant or uninformed, can block consideration of a controversial political issue if he or she wishes to do so. And the ability to do this only increases with time, as the legislator gains seniority and become a committee or subcommittee chairperson.

Rep. Smith, the chairman of the House Judiciary Committee, responded to press inquiries yesterday about the new federal legalization bill, that will be referred to his committee, saying he had no intention of considering the bill, or even giving it a public hearing. Unfortunately, under current Congressional rules, a committee chairman is given great discretion regarding what bills to consider, and which to ignore, and it is only when another member or members of that committee, or the general public, make a big deal out of it that sometimes one can overcome the stiff opposition of a committee chair.

One promising fact is that the ranking Democrat on the House Judiciary Committee, Rep. John Conyers, JR, is a co-sponsor of HB 2306, and should serve as a counter-balance to the opposition of the chairman.

Smith’s anti-cannabis salvo against the new legalization bill should inspire cannabis consumers and activists to redouble their efforts this year to get as many co-sponsors as possible for HR 2306, and to recruit and elect political candidates to Congress who no longer embrace reefer madness or favor continuing—possibly for another 74 years—the status quo of arresting another cannabis consumer every 35 seconds in America.

NORML and our supporters decided to reach out to Representative Smith today, to let him know we considered HR 2306 sound public policy that deserved a hearing. Instead of addressing the concerns of the general public, Smith removed his page from Facebook and wiped it clean of any and all comments posted in support of the bill. Further commenting was also disabled on the page. Once one too many calls began coming into his congressional offices and the extension for the House Judiciary Committee, a prerecorded message was posted stating that his office was closed (it wasn’t, their operating hours on Friday are posted as until 6pm EST).

Even President Barack Obama has stated he considers legalization a legitimate topic for debate, so why is Rep. Lamar Smith stonewalling the legislation?

Well its from NBC so it doesn't really count as news

This could be wonderful news soon
"I prefer rationalism to atheism. The question of God and other objects-of-faith are outside reason and play no part in rationalism, thus you don't have to waste your time in either attacking or defending."
Isaac Asimov:amen:
P

NBC will put the numbers up backwards......to make the poll sound like they want it to sound. oh, & u're right...they don't really qualify as news.

Poll: Should Marijuana be Legal?