A new poll in Washington state shows that voters are evenly split on the question of legalizing marijuana for all adults.

We told you that Washington state will have at least one legalization ballot measure in November, so the polling on this question among voters is just beginning and will probably continue throughout the election cycle.

The poll published today was the Elway Research Poll, that asked 411 randomly selected voters about legalization this way, "Washington voters may be asked this fall to vote on an initiative to legalize marijuana in Washington state.

The margin of error is five percentage points, putting the results at a possible tie.

Back in July, the Elway poll had a more general question about legalizing marijuana, and 54 percent of the voters expressed support then.

The pollsters says that initiative sponsors should be concerned because typically undecided voters of initiatives usually end up voting no.

In this case, 52 percent of men said yes on the poll, and only 43% of women. Younger voters are more supportive of legalization than older voters; 69 percent of those polled under 35 said yes to the question.

The group that is putting the first legalization question on the ballot for 2012, New Approach Washington, said that they aren't particularly worried about the poll.

Alison Holcomb, the campaign director for New Approach Washington, thinks the results would have been better for legalization if they had included wording about he estimated $215 million in tax revenue that would be earmarked for health care and abuse prevention.

She says that inclusion would have swayed some of those polled. She said that the voters in her state care about the details.

One of the details, some say the legalization bill, I-205's driving under the influence provision that penalizes anyone caught with more than 5 nanograms of THC in their bloodstream with a DUI, will be a problem with the vocal medical marijuana patients in the state. 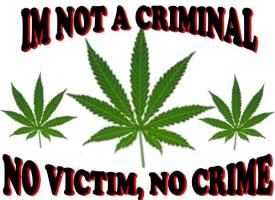