A Port Angeles medical marijuana dispensary owner has reopened shop after being told by police a month ago that his business was illegal under a newly enacted state law.

Richard Pharr said he reopened Olympian Canna LLC about two weeks ago in compliance with the law, partially vetoed by Gov. Chris Gregoire, though patients shouldn't notice much of a difference.

Much like before, people authorized to use marijuana for medical purposes can go to the location at 303 Tumwater Truck Route, sign up to become a member of the cooperative and acquire the drug.

What's different now is that growing operations, done by cooperative members like Pharr, come under the label of "collective gardens."

The law that went into effect July 22 made dispensaries illegal, law enforcement agencies, such as the Clallam County Sheriff's Office and Port Angeles Police Department, have concluded.

The main issue is the new requirement that designated medical marijuana providers wait 15 days before serving another authorized user.

But the law does allow for communally-run growing operations that serve no more than 10 people at a time.

Pharr said that section that Gregoire left in keeps the cooperative legal.

"The only thing that changed in the bill," he said, "is that instead of designating caregivers, they designate people to a collective garden that best suits their needs."

Olympian Canna was one of three known dispensaries on the North Olympic Peninsula before the law went into effect.

The others were Olympic Sinsemilla and Rain Shadow Cannabis Co-operative, both in the Sequim area.

Clallam County Sheriff Bill Benedict said he told Bethany and her husband, Justin, last month that they could not continue to operate under the new law.

Benedict said he didn't talk to Rain Shadow owner Scott Finch because he didn't think he was still operating.

Because of the change in law, Finch said he has also made the switch to a collective garden.

"It directly put me out of business, basically," he said.

What sets Finch and Pharr apart is the number of people the gardens serve.

Finch said he intends his to serve himself and a few other medical marijuana users.

Pharr said he is serving as many as 15 people a day with his garden.

He said he can supply that number of members because the law doesn't say how long a user must belong to a garden.

Memberships, Pharr said, can last simply as long as a transaction is made.

Deputy Police Chief Brian Smith agreed the law doesn't say how long memberships must last but he was unsure of whether a cooperative can include multiple gardens, as Pharr wants to accomplish.

Smith said he wasn't aware Olympian Canna had reopened but plans to talk with him about the new operation.

"We have no evidence that anyone on purpose is breaking the law," he added.

City Attorney Bill Bloor said he could not comment because he has not "had time to review or determine if it would work or whether it's valid or not."

Bloor said he is meeting with police and planning staff this week to discuss the city's policies toward communal gardens.

Philip Dawdy of the Washington Cannabis Association said the law is unclear about collective garden membership but doesn't believe Pharr is violating it.

"It's going to kind of be up to what the city councils, the city attorneys and prosecuting attorneys interpret this to mean," Dawdy added. 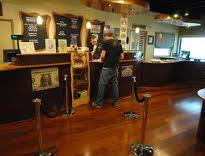