Ok, transplanted from 1 to 3 gallon containers yesterday morning with Jungle Grow soil. Tested ph prior to transplant and soil ph read between 6 and 7 with soil ph test kit from Lowes. All was well and they reacted well with no signs of transplant shock. Then upon inspection just moments ago (8:30 am) the new growth at the tops of three of the five show yellowing of the tops in the form of tiny yellow spots in the leaves. Will perform new ph and nutrient level tests shortly and post results. Problem is, I'm using tap water which I'm sure adversely impacts the ph readings. Should I retest using distilled water? Suggestions for course of action? This is early in the occurance so quick action should help to cure. Would bottled water be more conducive to accurate results?

Did you let the water sit out for 24 hours to leach off the chlorine?
Most use Reverse Osmosis water.

IMO tap water is a no no. Too many things in that stuff. With RO water you know what your getting. Try and take action to remove as many variables as possible with your feeding. I used tap water when I started years ago and found out fast my life was a lot less stressful with RO water from the same source every time. Thats just my opinion. Can't wait to see pics

Update: Measured ph of the runoff (or runout if you will) when watering with distilled water $.88/gal at Wally World which tested at a solid 7 right out of the bottle. The runoff water measured ph of 4! So, I decided quick action was required. I repotted all of them with the mix that they had been originally planted in (Miracle Gro garden soil). I know, I know, but this started out as just a casual science project with bagseed. Anyway, the problem disappeared almost overnight. They are thriving out in the vegetable garden interspersed with the okra for stealth. They were getting too hard to conceal on the patio, but I digress. The smallest of them is almost 2 feet tall and it's only the first week of July. Not sure if I want to prune them or let them develop that glorious central cola. Advise please. May have to prune to keep them from outgrowng the okra. Anyway, they seem to be an indica strain from the appearance of the blades of the fan leaves. Considering it's three months at least until first frost here I don't want them to get too big to the point I can't conceal them. They're at pretty much the 7th and 8th nodes now with the typical bushy new growth. I've always grown indoors where I had total control over photoperiods. Any idea when these may start to flower? I checked the almanac and we should be at 12-12 (that's sunrise to sunset, of course it gets light sooner and stays light later) by about early October. At this rate of growth they'll be like Jack's beanstalk by then. Not that I'm complaining you understand. I'm thinking that I may need to go to 5 gal or even larger containers in a few weeks to avoid becoming rootbound. They are only a month or so old at this time so, we're doing pretty well. I'll post pics as soon as I find my dig camera.

Glad to hear you got the water sorted out

where I am at in bc I start to see visible buds around 1 week in September , and pull it off early November or late October , depending on the plant and how the season was. Pruning is up to you, do some reading and experiment. Everyone may have a different " professional " option on what's the best way. Get that camera going haha
I 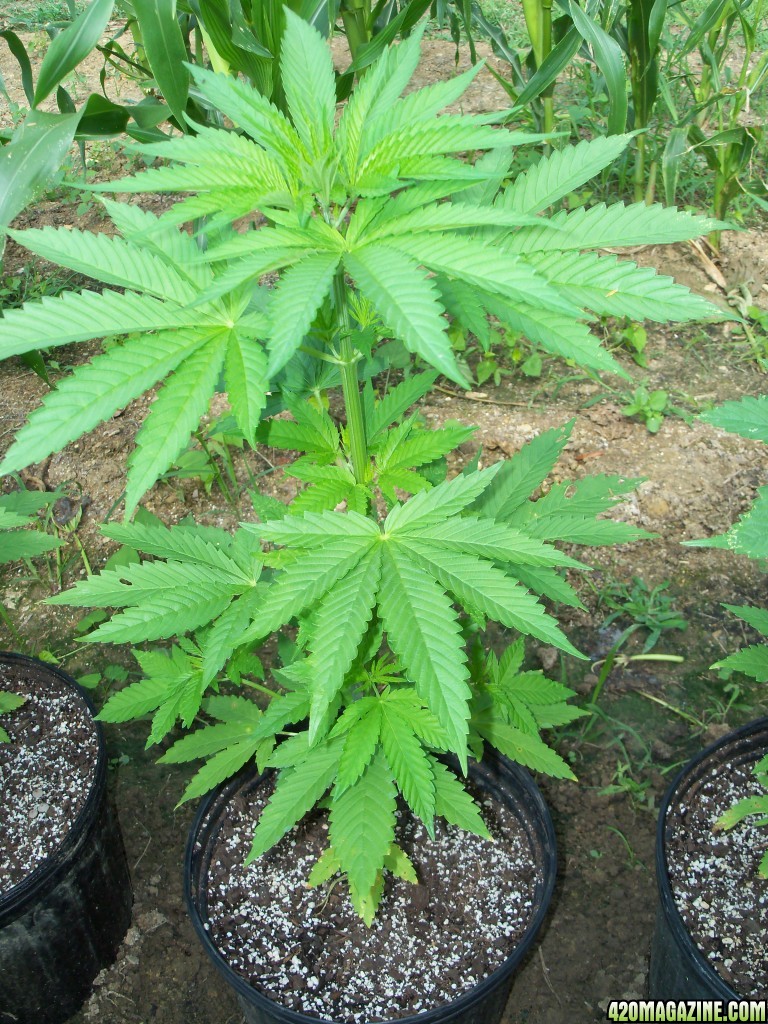 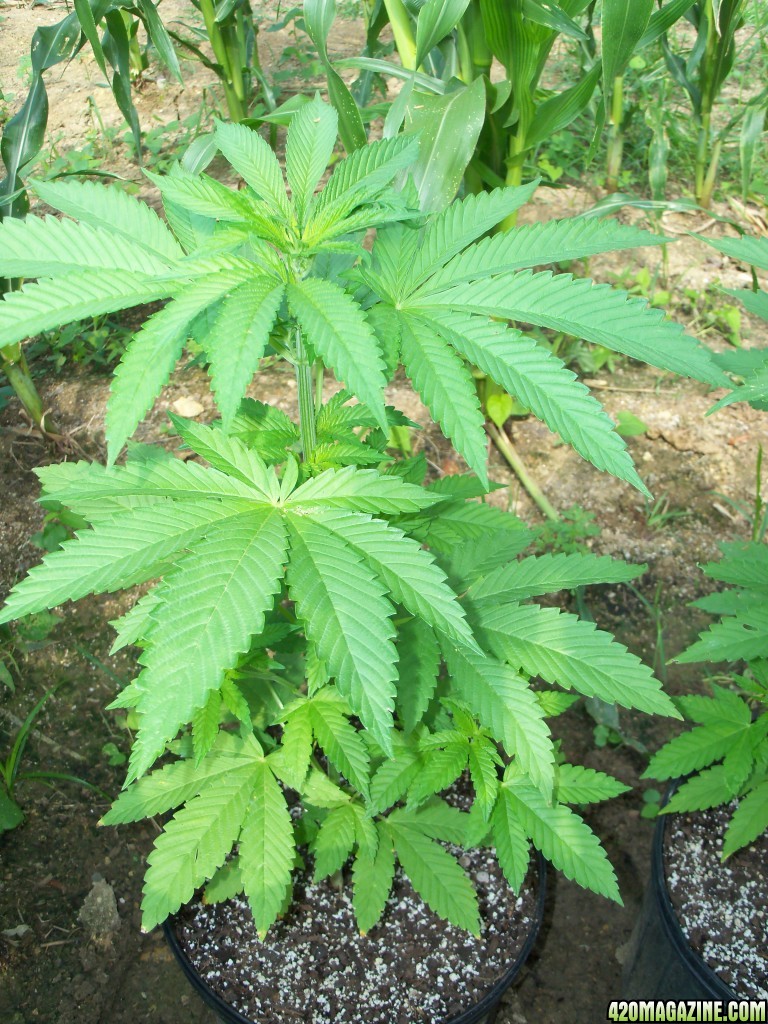 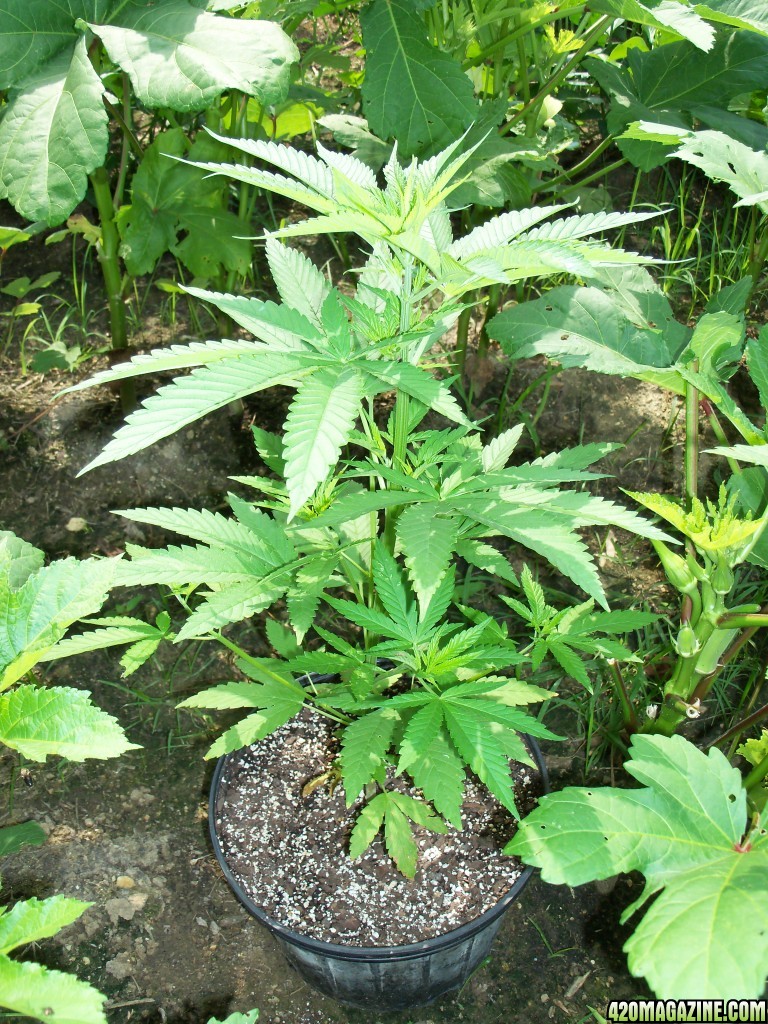 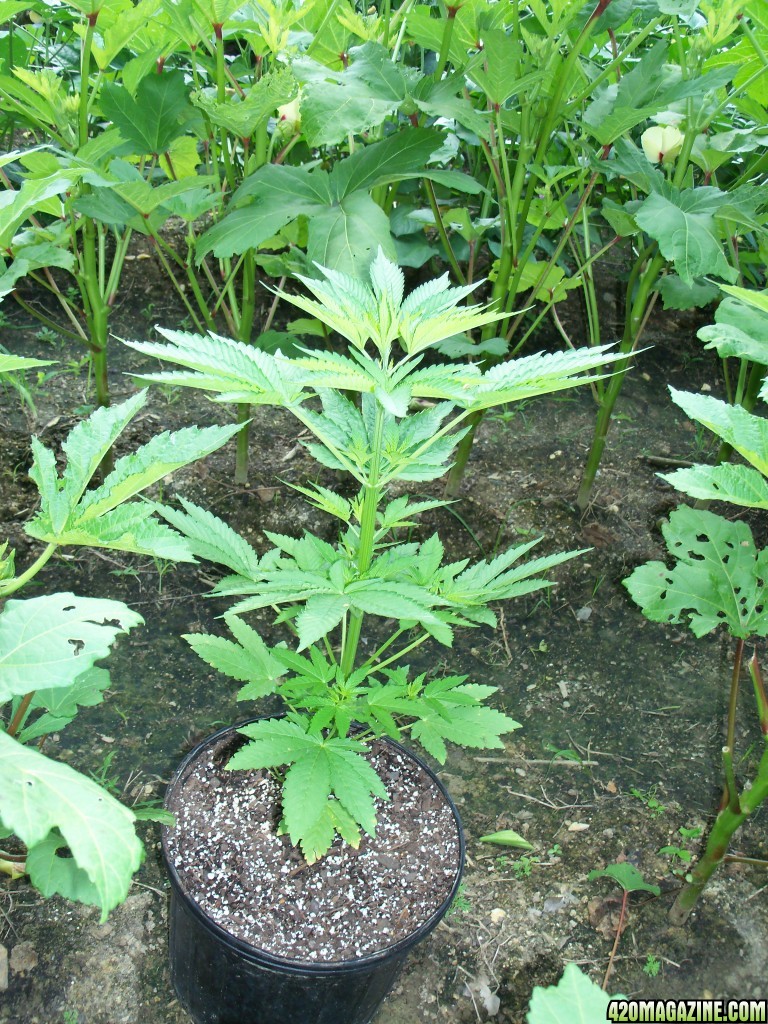 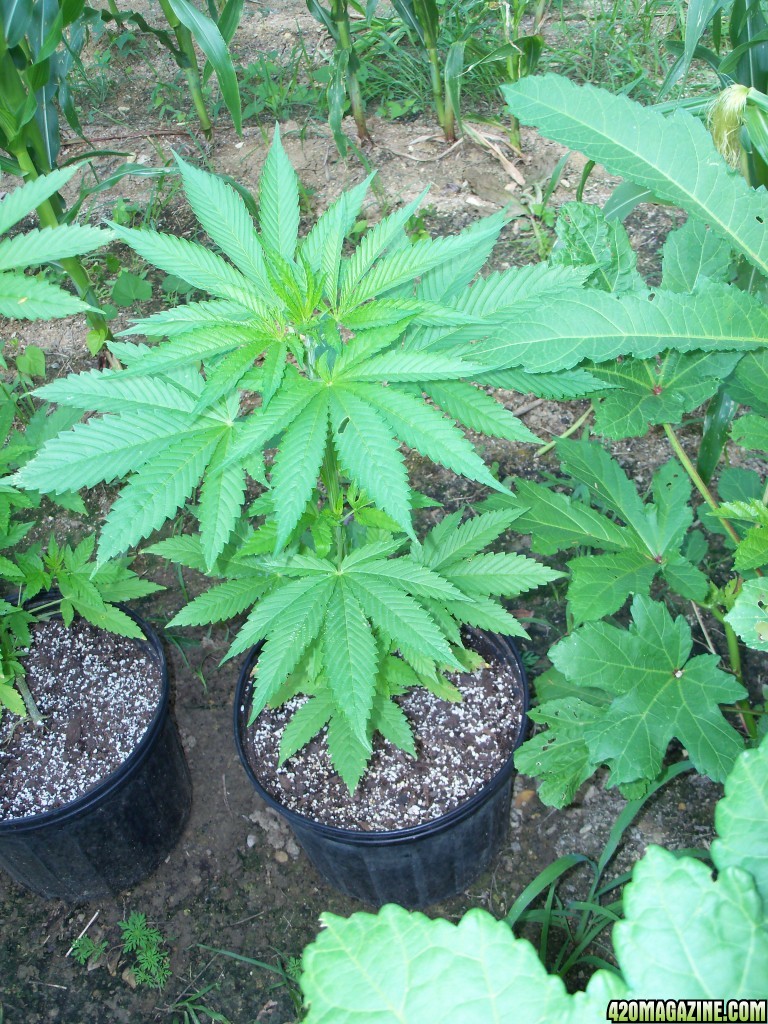 Ok, so I've sort of changed direction a bit here. I set up my grow room as I had used it before. 80 CFM fan exuasting through the ceiling into attic space and 8 100 watt CFL. Which puts me at 1600 lumens per sq ft in a 4x2 closet. Plenty of room for 2-4 good plants. So I moved three inside at 12/12 to force flower them for sexing. Out of five I should get at least a couple of girls. So once they are all sexed and one would expect to lose a few, then I'm gonna continue to veg them inside at probably 20/4 or just 24. The first three have been inside about 24 hrs now and the temp/humidity are running about 73-81 and about 50%. Today is watering day so I expect the humidity will rise some. Anyway, until they show flowers, it's just a matter of wait and see I guess. Curious to see what the ph will measure in the runoff this time. Maybe I should start a log.........

Sounds like you got it under control. Just remember your plants will get stressed going from flower back to veg so expect it a bit. Thanks for the pics

Look healthy and happy to my eyes..

Yes, starting a journal is always a good idea. Post lots of pics for yourself and document watering, nutrients and observations so if you ever run into problems you can come back here and post a link to your journal to ask for assistance.

What’s wrong with my plants?
2