Guam - U.S. District Court of Guam Chief Judge Frances Tydingco-Gatewood yesterday dismissed a lawsuit that challenged next month's vote on medical marijuana, saying the resident who brought the case, attorney Howard Trapp, does not have legal standing. In an order issued yesterday, Tydingco-Gatewood said federal courts don't accept "generalized" grievances about government conduct, and Trapp failed to demonstrate that his complaint about the pending marijuana vote is "distinguishable from the general interest of every citizen of Guam." Trapp sued the Guam Election Commission late last month, challenging the government's ability to place the marijuana question on the ballot through "legislative submission."

Voters during the Nov. 4 General Election will be asked whether to approve or reject the "Joaquin (KC) Concepcion II Compassionate Cannabis Use Act of 2013." The legislation sets general guidelines for the legal use of medical marijuana on Guam, including the types of ailments that qualify, and creates a new commission to write the remaining rules and regulations. Guam lawmakers held several public hearings on the issue of medical marijuana, but decided not to vote on the question themselves and to instead use the untested legislative submission process so voters can decide.

The Guam Election Commission told the court that Trapp does not have legal standing to bring his case, but Trapp, in a reply brief filed last week, said the law calling for the marijuana vote violates his legally protected interest as a voter who participated in the election of the current Legislature. Trapp argued that federal law requires the Guam Legislature to pass its own bills, by a majority vote.

Tydingco-Gatewood, in yesterday's order, said Trapp's allegation that the law has not been followed is the kind of "undifferentiated, generalized grievance" that federal courts have declined to accept. The Election Commission also had the same concerns about the legislative submission process and in March refused to place the marijuana question on the ballot, following the advice of its legal counsel.

But the Guam Legislature brought the issue to the Supreme Court of Guam, which on Aug. 5 ruled that legislative submission is a valid process. In their opinion, justices found that legislative submissions constitute "referenda" within the meaning of the Organic Act and are therefore valid. Justices also found that the "Joaquin (KC) Concepcion II Compassionate Cannabis Use Act of 2013" is "legislation" submitted to voters within the meaning of "legislative submission" in local law and constituted a "question presented" or "measure" that was properly adopted by the Legislature. The Election Commission already has mailed informational pamphlets about the medical marijuana question to registered voters. The deadline to register to vote in the General Election is this Friday, according to the commission. 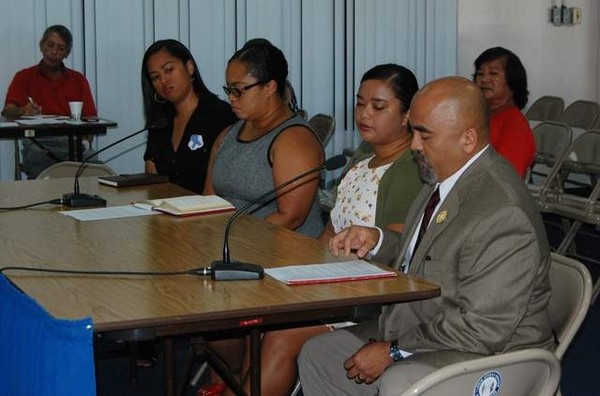 Sep 6, 2014
The General
T
T
Rodriguez: Marijuana Act Would Be Locked In

May 18, 2014
The General
T
T
Educate: Ensure Voters Know What They Need To On Medical Marijuana