A medical marijuana dispensary has renewed pleas to stop its landlord from upending the business amid federal forfeiture proceedings.

Harborside Health Center defended its Oakland location last week with a brief that is nearly identical to one it filed earlier over its San Jose location.

The U.S. Attorney's Office accused both dispensary locations of selling marijuana in violation of the Controlled Substances Act (CSA) in July. While medical marijuana is legal in California, it is still illegal under federal law. The dispensary was featured on the television show "Weed Wars."

Anna Chretien, who owns the land leased for the Oakland location, asked the Northern District of California earlier this month to enjoin Harborside from growing, possessing and selling marijuana on its property.

Concourse Business Center, which owns the land leased for the San Jose location, made the same request in August. The U.S. government joined the requests for injunctive relief against the dispensary locations.

Before the forfeiture action, Chretien and Concourse both allegedly thought "that one could lawfully operate a medical cannabis dispensary in the state of California."

But Harborside's CEO, Steve DeAngelo, says he "expressly told Ms. Chretien during initial lease negotiations that Harborside's operations would not be considered legal by the federal government and expressly reminded her of that on several subsequent occasions. Mr. De Angelo also told Ms. Chretien during lease negotiations that he felt the rent she was asking for was above market, but that he was prepared to pay it, in order to secure a relationship with a supportive landlord. Ms. Chretien replied that she felt she was taking a risk and should be compensated for it."

Harborside calls Chretien a "highly sophisticated businesswoman" who "built her commercial relationship with Harborside while being fully aware of the risks. Her hands are thus 'unclean' with respect to the equitable relief that she seeks."

A party that requests equitable, injunctive relief must come with clean hands and "equity requires that those seeking its protection shall have acted fairly and without fraud or deceit as to the controversy in issue," the filing states, citing the 9th Circuit case Ellensburg v. Brockway Inc.

Harborside argues that Chretien "has known since the time she first entered into lease negotiations with Harborside that its cannabis-related activities were considered illegal by the U.S. government. She dealt with Harborside from the beginning, fully cognizant of the risks, yet believing them to be outweighed by the potential benefits to her business."

"Thus, it is abundantly clear that if the government's forfeiture case against Harborside's leasehold has merit (which Harborside vigorously denies), it has just as much merit against Ms. Chretien's property interests as well," according to the filing (parentheses in original).

Harborside also says that Chretien, like Concourse Business Center before her, does not have standing as a private party to enforce the Controlled Substances Act.

The dispensary's Nov. 20 motion cites multiple federal cases to show that "federal courts that have examined this issue have overwhelmingly found that private parties lack any standing whatsoever to enforce the CSA."

Harborside accused the property owner of making a "naked attempt by a private party to enforce the CSA, a power that is left solely to the executive branch."

Chretien's lease to the dispensary openly states the property would be used to operate a medical marijuana dispensary, according to the brief.

Harborside also argued that the injunction would "effectively give the government the victory it seeks (via a back door route through the landlord no less) without it going through the orderly process of litigating the action it chose to file."

"The timing of the present motion is also 'inherently suspect,'" according to the brief." If the Oakland landlord's harm were truly 'irreparable' (which is the standard for injunctive relief) then she would have filed this motion immediately on the heels of the San Jose motion - not two and a half months later." (Parentheses and emphasis in original.)

Harborside says it is ready to defend itself in the forfeiture proceedings.

Moreover, the government, Concourse Business Center and Chretien made "no showing whatsoever" that "irreparable harm" would occur if the parties litigated the forfeiture action to its conclusion, the briefs state.

Harborside says courts can grant preliminary injunctions only after the moving party shows the likelihood of irreparable harm. Here, the parties argue only that the CSA has been violated, according to the motion.

But the irreparable harm for Harborside is tangible, the dispensary claims. If enjoined from selling medical marijuana, Harborside says it would have to lay off 82 employees in Oakland and 20 in San Jose, cutting them off from salaries and full medical benefits. Harborside's primary reason for existence would also be lost, according to the motions.

The dispensary wants the court to deny the injunction and let the forfeiture cases proceed on the merits. In the alternative, if the court finds that Concourse's evidence supports the injunction request, Harborside wants a new briefing schedule and hearing date to rebut the evidence.

The recent crackdown on medical marijuana dispensaries in California focused on dispensaries that were allegedly near schools, parks and playgrounds.

Harborside maintains that it has complied with all local and state laws, and that it was not within 1,000 feet of a school.

Americans for Safe Access, an advocate for medical marijuana, says that the Justice Department uses this rationale to target dispensaries, even though state law is set at 600 feet.

More than 400 dispensaries have shuttered in California since federal prosecutors announced a crackdown against them in October 2011, "mostly from the specter of federal criminal prosecution or asset forfeiture," according to the group.

Harborside said in a statement on its website that the clinic "has nothing to be ashamed of" and will fight eviction "with every legal means at our disposal. 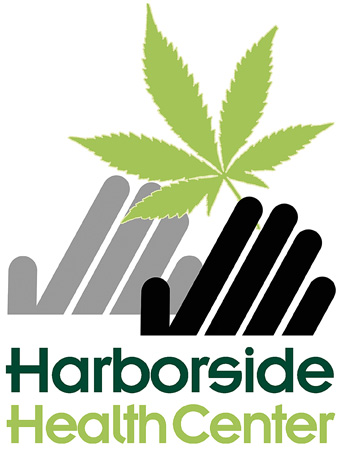