Pot Decriminalization Turned Back In House

Hawaii lawmakers in the state House have killed a bill that would have decriminalized small amounts of marijuana, dashing the hopes of marijuana advocates and bucking Hawaii's reputation as a pot-friendly archipelago.

The proposal was the last of several attempts in the state Legislature this year to legalize or decriminalize the drug.

Rep. Karl Rhoads, chairman of the House Judiciary Committee, said there weren't enough votes in the House to push the bill through.

Advocates of changing Hawaii's marijuana laws were optimistic of the bill's chances after it passed the state Senate unanimously earlier this session.

Even lawmakers who said they don't support legalizing marijuana expressed support for decriminalization, saying it could help lighten the backlog in the state's criminal justice system.

But despite popular support, the bill encountered staunch opposition from law enforcement and community groups that worry about the impact of the drug on youth and social issues.

Policemen testified that decriminalizing or legalizing the drug would increase crime and make it harder for them to do their jobs.

Because Hawaii has a biennial Legislature, the House could take up the bill again next year without the Senate having to pass it again. But Rhoads said he doubts that it will have much of a chance.

"It was a moderate measure," Rhoads said. "If this couldn't pass, I think it's very unlikely that anything is going to pass next year."

The bill's death concludes weeks of debate over the drug that attracted fervent testimony from marijuana advocates and opponents alike.

Some discussion is likely to continue as Hawaii lawmakers consider revising the state's medical marijuana program. But proponents of more drastic change will have to wait another year to push their measures through. 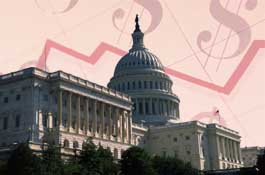