Dog owners know too well what the Fourth of July fireworks do to their pets' stress levels. Now, some in California are turning to cannabis products for pooches.

Yes, there are special treats infused with CBD (cannabidiol) — a cannabis compound — to alleviate a dog's anxiety caused by fireworks.

"I don't want him to be stressed out, especially over something as insignificant as fireworks," Bay Area pet owner Zugeiryd Garcia-Barrera said.

This year, Garcia-Barrera's dog C-Rex, will be given a new anxiety remedy: medical marijuana for pets.

At Holistic Hound in Berkeley, CBD dog treats are a big seller.

"The response has been overwhelmingly that it calms them down," said store owner Heidi Hill.

While there is THC and cannabinoids from marijuana in the treats, it's not like the pot people use, Hill said.

"The product we sell and what makes it legal is it's from industrialized hemp," she said. "It's less than 3 percent THC — doesn't get the dogs high."

But are they safe and legal?

In December, the U.S. Drug Enforcement Administration reminded the public that CBD is considered an illegal substance, according to a research group.

Dr. Tom Hansen of San Francisco Veterinary Specialists said he has seen dogs in the ER after eating marijuana. He has not seen illness caused by the CBD products, and while pet owners tell him CBDs seem to work, he can't offer pet owners advice about them.

"We just don't know what these products are doing," he said. "There is anecdotal information, but no science behind it because it's a Schedule 1 drug. Not allowed to study it." 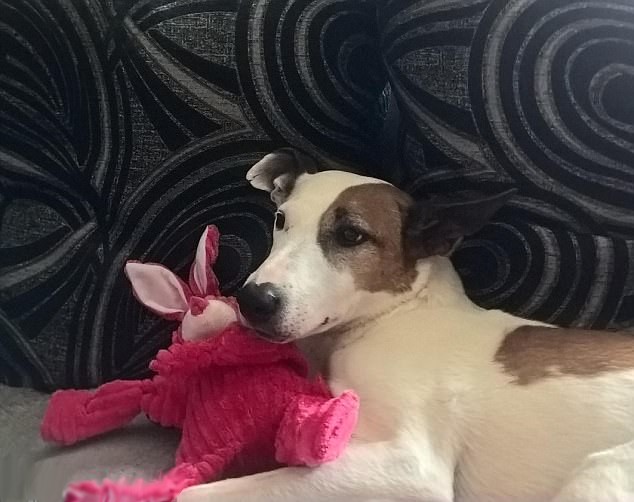