Marijuana is going to the dogs, but it's not your parents' Woodstock weed. Georgia, a 5-year-old Cavalier King Charles Spaniel, is a medical marijuana patient. Kelly Conway, Georgia's owner, takes some heat when she tells friends about the unorthodox treatment. "People will say they can't believe I'm letting her get high, but she's not getting high," Conway said. No, Georgia is not ingesting the same kind of pot that Snoop Dogg smokes. (Or New York Times columnist Maureen Dowd eats.) Georgia, along with a growing number of pets, eats hemp-based capsules that contain only trace amounts of tetrahydrocannabinol – or THC – the psychoactive ingredient that provides the cannabis high.

Georgia suffered from syringomyelia, a serious neurological disease, and traditional medicine wasn't working. So earlier this year, Conway took her to Dr. Cynthia Graves, who practices alternative veterinary care in Philadelphia. Graves started Georgia on acupuncture, which seemed to help, and then she recommended Canna-Pet, a supplement made from hemp, for Georgia's pain and anxiety. Conway was skeptical, but to her surprise, it worked. "It has truly been a miracle and I don't say that lightly," Conway told CNBC. "I feel like I have a whole new dog. Georgia's happy and relaxed. She's not in pain. It's amazing."

Colorado and Washington have legalized and regulated cannabis for human recreational use – and 22 states allow for some form of medical marijuana. But no federal or state agency has made any provisions for the largely unregulated pet supplement industry. To further complicate matters, the Drug Enforcement Agency still considers industrial hemp a controlled substance even though it is not psychoactive. But times are changing. On Thursday, the Senate Appropriations Committee voted 22-8 on a plan that would block the DEA – or any federal agency – from spending funds to enforce anti-hemp laws in any state that has received permission to grow it. The full House OK'd the measure the previous week.

Congress' action emerged after the DEA in May seized a shipment of hemp seeds from Italy headed to Kentucky. The state filed a lawsuit against the federal government to get its hemp seeds and now Kentucky, long known for its tobacco fields, has hemp in the ground. As the nation grapples with this knotty issue, farmers, business owners, patients – and pets – are moving ahead while lawmakers hash it out.

Helping with pain and anxiety
Graves has recommended hemp-based supplements for other dogs experiencing anxiety or pain. She's also used Canna-Pet in conjunction with cancer treatments and to boost appetite in dogs that won't eat. "There's no question that it's a benefit to some patients," she said. Two companies in the Seattle area, Canna-Pet and Canna Companion, are leading the charge into this new and uncharted field of hemp-based veterinary medicine. Dr. Sarah Brandon and Dr. Greg Copas, husband and wife veterinarians, launched Canna Companion in March. They've been exploring medical cannabis for about eight years now.

They started with their pets and then those of family and friends, to find the right dosage. "We took information from the human world and combined that with our knowledge of dogs and cats and slowly whittled away until we got something that was safe for them and that worked," she explained. They grind up the whole hemp plant to make their Canna Companion capsules – roots, seeds, leaves and stem – to preserve all the ingredients. They want just a little THC along with the cannabidiol (CBD), one of the main medical components.

Brandon readily acknowledges that she does not have any scientific tests to prove the medicinal value of hemp-based supplements. She hopes that by "pushing the envelope" a bit, researchers will be encouraged to study it. "It's experimental and we tell people that," Brandon noted. "It's not a miracle drug. This is truly a supplement designed to help conditions and help ongoing therapies, not the sole treatment of anything."

Are testimonials good enough?
Both Canna Companion and Canna-Pet have heartwarming testimonials on their websites. There's Kerry Churchill from Virginia. Her dog Ginger has neurological problems that cause uncontrolled muscle twitching. The twitching hasn't stopped, but Churchill says after taking Canna Companion, Ginger's energy level is greatly increased and her playfulness is back. "She just seems happier overall, which is great to see," Churchill told CNBC. "This is not wishful thinking. Her quality of life has definitely improved."

Annabelle is a 14-year-old Persian cat featured on the Canna-Pet website. Owner Rose Easterling, a self-described "doubting Thomas," was very apprehensive about using the product. She gave it to Annabelle because she didn't like giving her the pain medication the vet prescribed. "I don't think it has cured anything. She still has arthritis, but it's making her feel better," Easterling said.

Does it work?
CNBC contacted a number of veterinary experts about the use of cannabis-related products to treat dogs and cats. All of them saw the potential for benefits for some conditions, such as anxiety and pain management. But they also pointed out that testimonials are not scientific evidence. "We don't have any data to go on to indicate whether it's going to have a therapeutic effect or whether it's potentially problematic," said Patricia Talcott, a professor in the College of Veterinary Medicine at Washington State University. "It's probably low risk, but we simply don't know."

Dr. Robin Downing, a pain management expert and hospital director at the Downing Center for Animal Pain Management in Windsor, Colorado, agrees. She sees a lot of potential – and a lot of red flags. "There's a whole host of hoo-ha out there when it comes to how this product can and should be used," she said. "We have no information that is reliable, valid or useful about the true applications for cannabinoids. What we don't know far exceeds what we know."

Downing does not use cannabis-based products in her practice because she believes the opportunity to cause harm "far exceeds" the opportunity to help. "We have no efficacy data in animals. We have zero safety data in animals. We have no dosing data in animals," she said. Downing also points out that this new industry has virtually no regulations in terms of manufacturing practices or verifying and standardizing the contents. "There's a huge amount of research that needs to be done," said Narda Robinson, director of the Center for Comparative and Integrative Medicine at Colorado State University's Veterinary Teaching Hospital. "I expect there is some effect, but we need rigorous studies. We need to know more about safety and dosing and proper applications." Robinson hopes to start clinical trials next year, but first she wants to gather information from people who have given cannabinoid products to their pets. She set up a special email just for this purpose: AnimalMMJ@gmail.com.

Pet owners need to be cautious
While pet-lovers wait for the research, it's clear that sales are getting ahead of the science. Canna-Pet has only been selling to the public for about eight months and it's already shipping its products throughout the U.S. and 23 foreign countries. Dan Goldfarb, president of Canna-Pet, calls it "an exploding market" that will grow exponentially in the years ahead. "There is no risk. There's no harm," Goldfarb said. "Hemp is incredibly safe. We want people to try it." Despite companies' safety assurances, veterinary experts advise caution. The best advice for now: Never give any cannabis-based product to your dog or cat without consulting your vet. 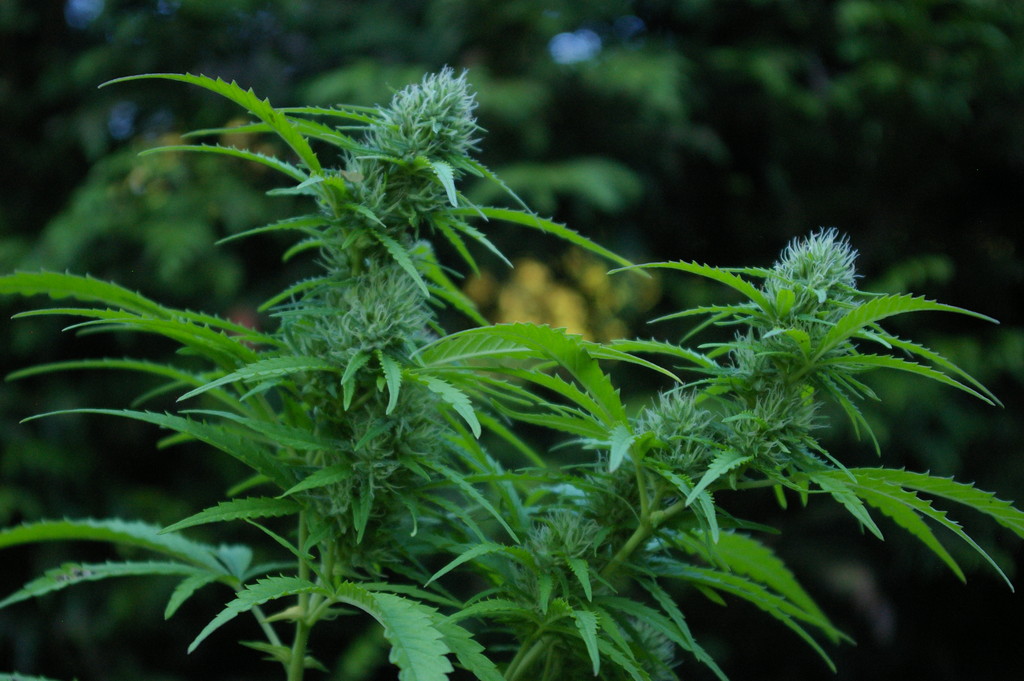 Veterinary's will find MMJ/Salves/concentrates-diluted with grapeseed oil an amazing healer, especially once learned how to apply applications/doses. All animals in fact would benefit. There is a HUGE difference experimenting with doses and getting your pet high. The latter is BS, end of story. The doses has to be worked up in small increments and adjusted after 3-4 days until your pet has found a safe dose amount. Size matters and that has to be taken into consideration.

Use extreme caution that bud/salve/concentrate is not dropped/spilled. Animals love MMJ in any form and will indulge. If they become euphoric they won't want to eat or drink (thinking they will get higher). If this happens you will have to wet their tongue by wetting your finger and applying to their tongue. Keep doing this every 1/2 hour or so and try to get them to eat. Stay close by as this makes your pet feel secure. They will be fine and back to normal as MMJ works out of their system. Chart your dosage amount so if this happens you know to back off the dose amount. Depending on the purpose, usually one dose is only required. Skin cancer is different and a topical is used. If a short hair animal it is pretty easy to apply. A long hair animal will need to be shaved around the tumor and then applied.

I for one am glad to see Vets starting to use MMJ products. They are safe when used in a safe manner, but, make sure to try to keep it that way.

Pot For Pets: Could Medical Marijuana Help Your Dog