Pot Legalization In Uruguay Is Going Forward In A Big Way

A total of 22 companies have submitted bids to supply marijuana under a law making Uruguay the first country to legalize production, sale and distribution of the drug, the government said Thursday. Eight of them are Uruguayan, 10 foreign and the rest are joint ventures, said the newly created Institute for the Regulation and Control of Cannabis. Their product will be sold in pharmacies under the groundbreaking law approved in December. The law's mastermind, former leftist guerrilla President Jose Mujica, says it is a way to circumvent traffickers and stop wasting resources in fighting them.

Heavily criticized by the United Nations' International Narcotics Control Board, Uruguay's marijuana experiment is being closely followed by countries eager to find an alternative to the expensive and violent "war on drugs" spearheaded by the United States. The Uruguayan government now has 15 days to choose up to five of the bidding companies. They will receive a license for up to five years to produce up to two metric tons of pot per year for sale in pharmacies.

The marijuana will be grown on government-owned land in southwest San Jose department. The law passed in December made this traditionally conservative and Catholic country the first in the world in which the government will regulate production, sale and distribution of marijuana. The law also allows people to grow their own pot if they register with the government. That process began Wednesday and so far 54 people have signed up. Yet another way for people to get pot is to join a club that distributes it. These associations are to start registration is about 10 days. The sale of marijuana in pharmacies is scheduled to begin early next year. 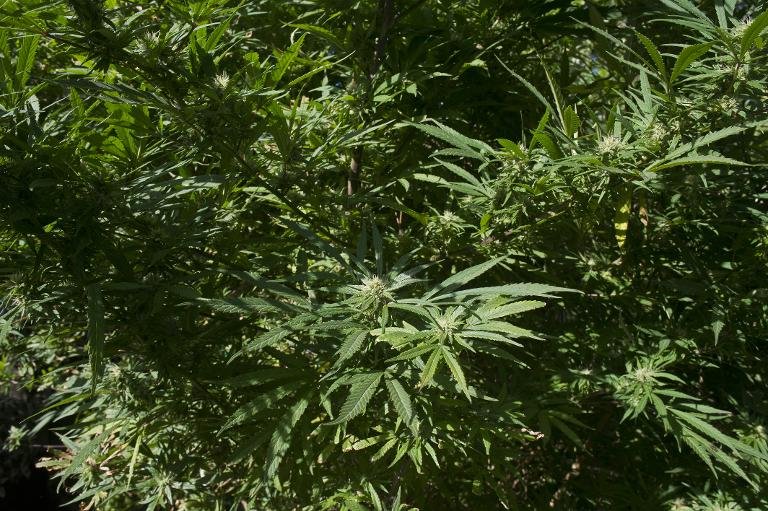