Pot Reform Push To Be Renewed

If the nation's largest marijuana lobbying organization has its way, Maryland will legalize marijuana by 2017.

The Marijuana Policy Project announced this week that Maryland and nine other states will be targets of a push for reform.

That means legislation like the decriminalization bill introduced by state Sen. Bobby Zirkin, D-Baltimore County, may have a better chance of making progress in the next General Assembly session.

Zirkin's bill failed to come to a vote in the House this spring, but he plans to reintroduce the bill next year, and may even go a step further and propose legislation that would put the decision in voters' hands by referendum, he said.

"What I'm proposing is not some radical proposition," Zirkin said. "It's been done in a variety of states all across the country. The results have been studied. It's not a hard argument."

Zirkin's bill would have changed marijuana possession of less than 10 grams from a criminal to a civil offense. Instead of facing up to 90 days in jail and a $500 fine, perpetrators would pay a maximum $100 fine. It was supported by a 30-16 vote in the Maryland Senate.

Zirkin said he met with representatives from the Marijuana Policy Project and the American Civil Liberties Union of Maryland to discuss plans for moving forward.

During the next few years, Marylanders can expect increased public conversation about the topic as analysts from the organization testify in hearings, recruit witnesses and submit written testimony, she said. A portion of the $2 million to $5 million in donations the group receives every year could be designated for education and publicity initiatives in Maryland, O'Keefe said.

Maryland is one of 12 states that considered marijuana decriminalization bills this year, O'Keefe said. The biggest push for new legislation is happening in New England and in the western United States, with particular appeal among younger voters, she said.

In May, Gov. Martin O'Malley signed a bill that authorized teaching hospitals and research centers in Maryland to distribute medical marijuana. The state also recently reduced penalties for marijuana possession less than 10 grams and authorized "medical necessity" as a legal defense for marijuana use. But while these changes constitute a small step forward, the impact may not be widely felt, O'Keefe said.

"Maryland has taken wary steps for medical marijuana," she said. "There are tiny programs and barely any patients qualify."

But gaining support from the House may prove a challenge.

"I suspect the House Judiciary Committee will have to work long and hard to come up with an appropriate and intelligent bill," said Delegate Luiz Simmons, D-Montgomery.

Simmons said that while he is in favor of lessening penalties for marijuana possession and instituting fines instead of incarceration, he is concerned that Zirkin's bill makes no distinction between children and adult marijuana users.

"(The bill) treated 9-year-olds the same as people who are 90," he said. "I thought it was a terrible deficit. What I will be insisting on for my vote is that it addresses these issues." 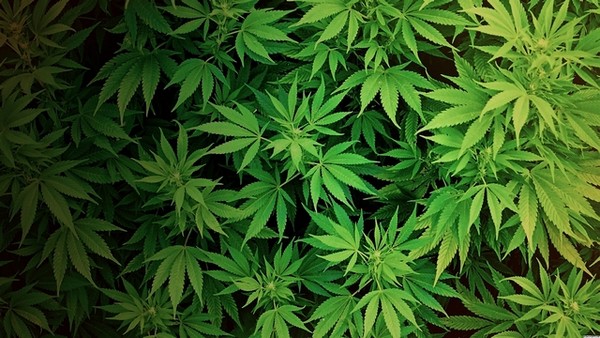 Mar 13, 2014
The General
T
T
Not This Year, But Soon, Maryland Will Legalize Marijuana