Olympic champion Michael Phelps is in good company as a world-class athlete who uses marijuana. It's a pity that he couldn't have been brave enough to stand up for his relationship with the world's most wonderful plant, instead of half-heartedly apologizing in an effort to salvage his sponsorship contracts.

If Phelps had been closer to the end of his career and with less to lose by being honest, then maybe he would have taken the approach of two-time Super Bowl champion Mark Stepnoski. After retiring from the NFL in 2001, Stepnoski became an outspoken legalization advocate who confirmed "responsible use" of marijuana during his pro career." After a game you need something to relax," said Stepnoski. "I'd rather smoke than take painkillers."

Indeed, many top athletes in a variety of sports use marijuana because of its medicinal effects as a painkiller, muscle relaxant and antidepressant.

Ricky Williams is another NFL player who has spoken out about the benefits of marijuana, despite it costing him endorsements and almost his entire football career. Williams has repeatedly been punished for failing urine tests and was briefly a spokesperson for the antidepressant Paxil, which he was prescribed to treat his social anxiety disorder. That endorsement deal ended when Williams told ESPN that "marijuana is 10 times better for me than Paxil."

When Canadian snowboarder Ross Rebagliati had his 1998 Olympic gold medal temporarily withdrawn due to his failing a urine test for pot, many pundits observed that pot use was common among West Coast skiers. But marijuana use crosses all sporting boundaries.

"I personally know boxers, body builders, cyclists, runners and athletes from all walks of life that train and compete with the assistance of marijuana," said WWE wrestler Rob Van Dam in an article he wrote for Cannabis Culture Magazine, "but they might not feel comfortable sharing this information."

Some of the best cricket players of all time, like Phil Tufnell and Sir Ian Botham, have admitted to regularly using marijuana to deal with the stress and muscle aches common to all athletes. In 2001, half of South Africa's cricket team was punished after being caught toking up with the team physiotherapist; they were celebrating a championship victory in the Caribbean.

Regular marijuana use didn't impede the ability of basketball legends like Rasheed Wallace, Charles Oakley or Kareem Abdul-Jabbar. Indeed, Oakley has claimed that over half of NBA players smoke pot before each game. Since these players are top athletes whose career depends on them being at peak performance for every game, it stands to reason that perhaps they are using marijuana because it provides some benefit to their abilities on the court.

Most sports officials don't consider marijuana to be a performance-enhancing drug, and generally the ban against its use is justified as a matter of ensuring that athletes project the right image for their young admirers.

Yet considering how many top athletes use marijuana, is it possible that marijuana can sometimes be performance enhancing in ways other than easing stress and reducing pain?

Users of marijuana have long noted how the herb creates a peculiar perception that time is extended, dubbed "time slowdown" by pot-promoting poet Allen Ginsberg in 1965.

Most marijuana research is done to show some sort of harm from the use of this plant, but not enough is being done to understand how cannabis can actually enhance and improve human abilities. Discovering how toking up possibly helps the world's greatest athletes to better their performance could also teach us how this plant can better serve us all. 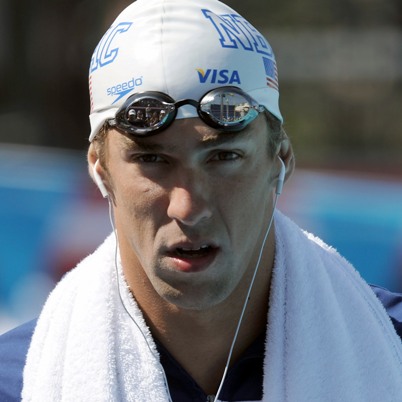 ORLANDO, Fla. – The most decorated Olympian in history has plans for the next stage of his career: to play the world’s greatest golf courses and improve his game under the eye of Hank Haney.

“The Haney Project” returns in February 2013 with Phelps, a 22-time Olympic medalist in swimming. The announcement was made Saturday by Phelps and Golf Channel president Mike McCarley. Production for the fifth season begins in September.

"I have traveled the world through swimming, but really haven’t had an opportunity to experience the world through my travels," Phelps said. "As I enter this next chapter of my life, I think I will be able to shift my competitiveness to anything I put my mind to and golf is one of the things I want to focus on.

Each episode will follow Phelps on his quest to play better golf, whether it’s one-on-one instruction on the golf course with Haney or developing lessons he will be able to practice on his own. The series also will showcase Phelps in his own environment with cameos by famous friends and other experts who check in on him during his journey, including his mother, Debbie Phelps, and his longtime swim coach Bob Bowman.

"He can hit it a long way, but it can go anywhere. … But I really feel like he's getting to where he can shoot in the 80s, and he has a lot of potential to do better than that." Haney said. "People look at some of the clips of his swing and people think he doesn't look too bad."

And Ping announced an agreement with Phelps to play a full set of the company's custom-fit clubs, which he debut in the pro-am of the Waste Management Phoenix Open when he played with reigning Masters champion Bubba Watson. Phelps was fitted at Ping for his new G25 driver, fairway woods, hybrids and irons. He'll also play the Tour Gorge Groove wedges and Scottsdale TR (True Roll) putter.

Why Condemn Phelps, When We Ought to Condemn the Laws That Brand Him a Criminal