Cannabis connoisseurs won't be the only ones rejoicing if voters legalize recreational marijuana this election. Expect Silicon Valley's burgeoning class of pot entrepreneurs to join the party.

Startups are cropping up throughout the Bay Area that put a signature Valley spin on the age-old practice of selling marijuana, offering sleek on-demand delivery apps for users and high-tech software for growers and dispensaries. The business models are risky - marijuana is illegal under federal law and stigma around the drug prevents cannabis startups from scoring funding from many major investors. But with recent polls suggesting Californians are poised to expand marijuana consumption beyond medical use, experts expect cash to pour into the industry.

"It's going to blow open the doors to innovation on the technology side of the cannabis industry," said Chris Walsh, editorial director of Denver-based Marijuana Business Daily.

But he warned that startups will have to navigate a period of uncertainty and chaos while lawmakers figure out how to regulate the nascent recreational marijuana industry. The struggle will be compounded, Walsh said, by new medical marijuana rules set to go into effect in California in 2018 - among other changes, cannabis businesses will be required to obtain state licenses and local operating permits.

For those willing to shoulder the risk, cannabis is an enormous industry with plenty of potential. Legal marijuana sales in the U.S. are expected to exceed $22 billion by 2020, with California leading the nation, according to a report released earlier this year by ArcView Market Research. And the coming election will be a turning point for the industry, with California among nine states voting to legalize medical or recreational marijuana.

"There's big opportunity to be the next Google of the cannabis industry," said Carter Laren, co-founder of Gateway, a year-old Oakland accelerator focused on cannabis startups.

Some Bay Area startups, such as San Francisco-based Octavia Wellness, are making it easier for seniors to access medical marijuana. The company operates much like Avon, but instead of selling cosmetics to their friends, Octavia's representatives make a commission selling marijuana products.

Jeannine Faull, a 77-year-old resident of the Rossmoor retirement community in Walnut Creek, started using topical marijuana-infused creams and oils while recovering from shoulder surgery in 2013. Now Faull orders the products from Octavia to treat her arthritis, and as a consultant for the company, recommends items to other seniors in her community.

She admitted she has concerns about being involved with an industry that isn't recognized under federal law.

"It does worry me a little," Faull said. "But I believe in it. I'm going to take that stand."

San Francisco-based Eaze delivers medical marijuana on-demand - a business model that so far has netted the two-year-old company $25 million in funding. Founded by former Yammer executive Keith McCarty, who says he doesn't use marijuana himself, Eaze allows customers to order products such as "Bubba Kush" ($31 for 1/8 oz), marijuana-infused chocolate bars and pre-rolled joints.

If customers don't have a medical marijuana card, they can use EazeMD to get one online for about $40. That won't be necessary if California approves recreational use, a move Eaze estimates could more than triple the startup's business.

Eaze sells its service to dispensaries, and the dispensaries hire drivers to make the deliveries - a setup that keeps Eaze from touching the drug, and mitigates some of the startup's risk. But Eaze, like all cannabis tech companies, has to deal with hurdles its Silicon Valley peers do not, such as being blocked from advertising on Facebook and Google.

For many cannabis startups, there's also the problem of raising capital. Big-name venture capital firms such as Menlo Ventures and Battery Ventures have agreements with their limited partners that prevent them from investing in marijuana-related startups.

Niche marijuana-focused investment firms such as Gateway, Poseidon Asset Management, Electrum Partners and rapper Snoop Dogg's Casa Verde Capital have rushed to fill the gap. Cannabis startups are on track to raise $95 million this year in the U.S., down from a high of $212 million last year, according to venture capital database CB Insights. Experts say investors may be pulling back because they're waiting to see how the upcoming presidential election and state ballot measures will affect the industry.

It's not just raising money that's an issue - banking it is also tough, as most big financial institutions want nothing to do with the marijuana industry.

"We're actually on our third bank account right now," said Stephen Albarran, co-founder and CEO of Palo Alto-based Confident Cannabis, which connects growers and dispensaries to labs that test marijuana for potency and safety. The startup also helps companies track their product quality over time, satisfying a growing desire among sellers to gather more information about their business. 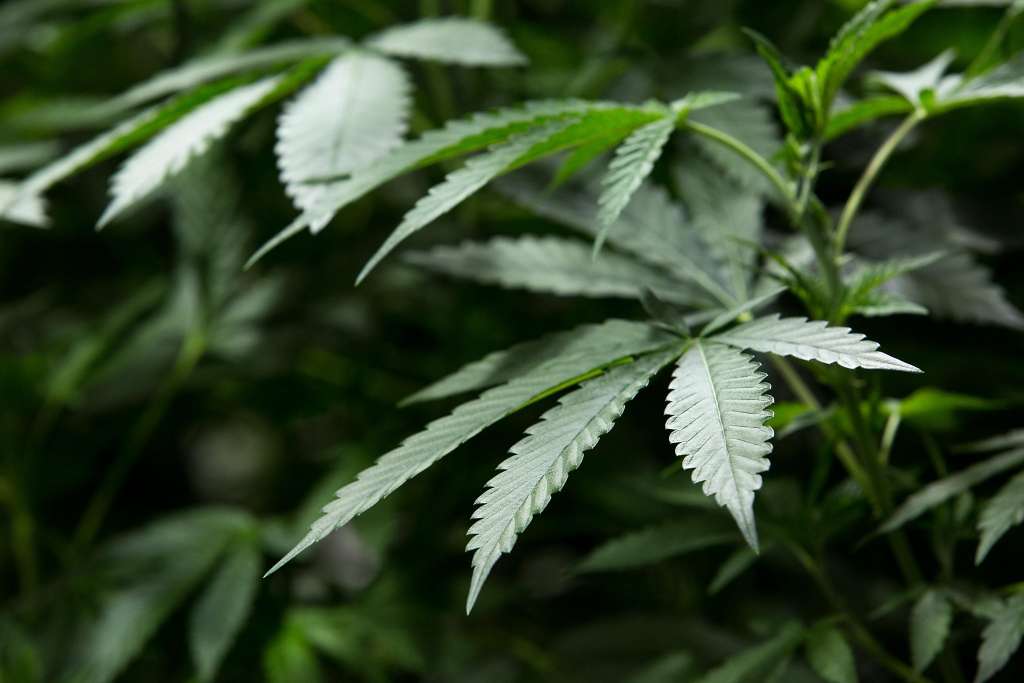