Have you ever heard of terpenes? You're about to see why the pharmaceutical industry, mainstream media outlets and conventional medicine would like to see you uneducated about these powerful organic compounds found within medical cannabis.

You see, there is just no way that big pharma medications will ever replicate the complex interactions that occur naturally in plants — even though drug companies keep trying at the expense of patients' health and pocketbooks! One category of substances, called terpenes, play a major role in the healing power of not only medical cannabis but dozens of other pungent herbs and plants as well.

Exposing the wonderful truth about terpenes

Terpenes are the aromatic components in strong-smelling plants such as citrus, rosemary, frankincense, and especially cannabis. Plants use the pungent odors that terpenes produce to protect them against pathogens like fungus as well as against grazing animals.

Most healing plants like lemon and rosemary contain one or two types of terpene. For instance, lemon (and especially lemon peel) contains the monoterpene limonene, which has been found to slash some cancers by 50 percent.

The high amount of terpenes (especially limonene and pinene) found in the Mediterranean diet is one of the reasons why this way of eating has been recommended by both mainstream organizations like the Mayo Clinic and natural health experts like Dr. Andrew Weil. It is also why a modified low to no-carb version of the diet (with plenty of organic extra virgin olive oil and other healthy fats included) can be ideal for who are healing from or wanting to prevent cancer.

The terpene pinene can be found in pine nuts, oregano and peppers. Basil is a virtual powerhouse of terpene action, including linalool, cineole, eugenol, sabinene, myrcene, and limonene.

The following are just a few research studies that have connected specific terpenes to the healing and prevention of cancer:

Limonene: Since the 1990's, researchers have found evidence of the cancer-healing properties of limonene, especially on breast, prostate, skin and pancreatic cancers. One of the latest was a 2014 study published in the European Journal of Medicinal Chemistry which found 19 novel limonene-based thiosemicarbazones that were extremely effective against ten different cancer cell lines in laboratory tests.

Pinene: Among the several studies confirming pinene's cancer healing effects was a 2013 study done by Turkish scientists that found that α-pinene had anti-tumor effects on neuroblastoma cells (cancer of the adrenal glands).

Caryophyllene: A 2014 study commissioned by the National Environmental Engineering Research Institute in India found that this terpene stimulated apoptosis and tumor suppression in lymphoma as well as in neuroblastoma cells.

Besides its directly protective effects against the "big guns" — cancer and heart disease — terpenes are also anti-fungal and anti-bacteria. And because their molecular structures are so small, they are able to breach the blood-brain barrier. This is why terpene content is the basis for effective aromatherapy protocols.

Sadly, the current health crisis in the United States is caused in large part by the consumption of the "Standard American Diet," which is severely lacking in terpene-rich foods.

Terpenes are a part of the 'Entourage Effect' of medical cannabis

There are over 200 kinds of terpenes in cannabis (depending on strain), some of which give off a distinct odor while others do not. All of them interact with each other and with the over 400 known substances in cannabis, including THC, CBD, esters, lactones, ketones, fatty acids, alcohols, steroids.

These interactions produce what is now known as the "Entourage Effect" of Cannabis Therapy. The term was first coined in the late 1990's by Israeli scientists S. Ben-Shabat and Raphael Mechoulam of Hebrew University in Jerusalem and refers to how terpenes and cannabinoids in cannabis combine and interact for the treatment of specific disease conditions.

How do terpenes in cannabis trigger the healing response in the body?

One big way is how terpenes help to strengthen and boost the endocannabinoid system, a scientifically-documented system whose job it is to bring balance and homeostasis to virtually every part of the body. This includes the endocrine system, where it helps regulate stress hormones, and the immune system, where endocannabinoid receptors play a part in T-Cell production, among other things.

The use of medical cannabis to help in the healing of everything from pain to cancer is now a reality for thousands of individuals in the increasing number of states where marijuana for medicinal purposes is legal.
If you are considering cannabinoid-based healing modalities for breast cancer (or any other health condition) you need to know about the terpene content in the cannabis-based product you will be taking. This is because studies have shown that the kind of terpene in a particular cannabis strain will have an effect on the way THC reacts in the body (research also continues to show how THC, often in very small amounts, is a vital component of marijuana's healing effects).

Another reason why terpene knowledge is important is for more targeted use of medical cannabis — especially for the healing of particular kinds of cancers.

Terpenes are vital healing substances found in hundreds of herb and plants. Knowing about the terpene content in not only medical cannabis but also in the other super foods you may be consuming will help you become truly empowered on your journey towards vibrant health. 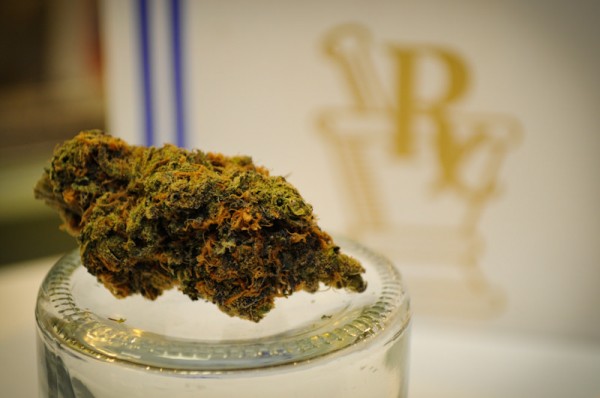 I believe Cajun mentioned a while back that terpenes would be the element to watch. Very interesting indeed!!
I