A former medium-security prison repurposed as a marijuana grow house and pot shop? Nicholas Erker's dream could become a reality, but first residents of Brush in northeastern Colorado would have to come around to his idea. The irony of a prison-turned-marijuana facility isn't lost on Erker, a lifelong agriculture professional who remembers the if-you-build-it-they-will-come moment that first inspired him to create a cannabusiness.

"I was walking through the building one day by myself and I thought, 'This place would be perfect to grow marijuana,' " said Erker, the vice president of Fort Morgan-based Erker Grain Company who hopes to open a marijuana cultivation facility and recreational pot shop in the 60,000-square-foot former prison at 901 Industrial Park Road in Brush. "There's plenty of water, lots of electricity, it's built of pre-cast, eight-inch concrete walls, ceilings and floors, it's in an industrial park away from the population and it's surrounded by 25- to 30-foot exterior fences with razor wire on top – and there's also an interior fence. "You're not going to get more secure than this."

Erker's primary problem: Brush has a moratorium on all marijuana businesses. The City Council will either make a decision on the moratorium on its own or put the issue to a public vote, possibly this November. Either way, it comes down to what the community has to say about the presence of marijuana in their city. "We haven't heard anything from the citizens yet," said Brush city administrator Monty Torres. "We'll have a public comment period on Monday night, and that will be the first time there will be community input – outside of the councilmembers who have had their own discussions with citizens. But the council decided that they'd like to hear from the community before they decide on lifting the moratorium or not."

Brush City Council will ask for public comment at 6 p.m. Aug. 4 at City Hall during a "community meeting where the residents of Brush are welcome to come and provide feedback to the City Council on if the prospect of having a retail marijuana grow and sale facility in the city of Brush would be desirable," assistant city administrator Karen Schminke said. The prison closed in 2010, leaving the future of its 85 employees and an estimated annual payroll of $1.5 million in the lurch, according to Erker. "When you lose 85 jobs in any community, it hurts," said Erker, who lives in Fort Morgan and bought the prison in March under his company Colorado Farm Products. (Erker Grain Company is not involved in the marijuana project whatsoever, Erker said.) "In a town the size of Brush, it really hurts."

After conversations with his investors – including former Denver Bronco Joel Dreessen and Erker's mother Cynthia Schmid (formerly Erker), a former two-term Morgan County commissioner – Erker started talks with the city. "We sat down with the mayor and his team and told them that we think we can create 31 jobs with an estimated payroll of $1 million – with sales tax revenues that increase their current sales tax collections by 30 percent," Erker said. "Their current sales tax is $1 million, and we're estimating that we could generate around $300,000 in sales tax for the city of Brush through excise, sales and retail taxes."

On some levels the proposal makes perfect sense: Erker comes from an agricultural background, and he vows to bring those professional standards to this very different kind of farming. "Our background is in agricultural processing and food sales, so we're in a similar industry currently," Erker said. "We know what it means to have food-safety measures in place. We want to carry that same mind-set and philosophy into this industry and use it to set an example for what every other facility in the state could strive to be. "Almost 85 percent of Erker Grain's products are exports, with most of them going to the Middle East. We're very used to governmental regulations and requirements and see that could be a big advantage to bring our knowledge into this new industry."

As Erker talks about his company's sunflower testing and standards, the terminology is almost identical to that of cannabis. "In the sunflower business, we're constantly looking for better genetics, looking for seeds that are more characteristic of our customers' liking," Erker said. "Some people like wider seeds, some prefer darker colors, and we're constantly working to keep up with market demands and testing varieties. "This year we have 150 varieties of sunflowers growing in different test plots in Colorado, Nebraska and Texas. Through those test plots we're also testing for yields with farmers – we want to make sure they have a good opportunity too. We think we'll be able to carry that same skill into the marijuana production, cultivation and sale."

On other levels Erker's proposal makes less sense. Brush sits in Morgan County, which was a part of the recent conservative-led 51st state measure that would have carved off the northeast corner of the state to create North Colorado. The measure ended up failing, but conservatives – who are more often anti-marijuana than liberals, according to polls – got their point across. "Marijuana is still a little bit controversial here," Erker admitted, "but it has a great upside to the community – now and for years to come."

The village of Log Lane, 15 minutes from Brush, approved the cultivation and sale of medical and recreational marijuana in February. "(Log Lane is) a very small community," said Erker, "but the people got tired of not seeing any progress. They have a $2 million water tower that needs to be paid for, and there's no economic growth coming to that town." Having more legal marijuana in northeastern Colorado would also reduce the black market, Erker said. "There's a huge black and gray market here, and it's because of the lack of access to inventory," Erker said. "If we can eliminate those markets, I think we'll see more acceptance. ... And as rural Coloradans, we need to continue to provide opportunities and amenities that people have easy access to on the Front Range, or else we won't survive." 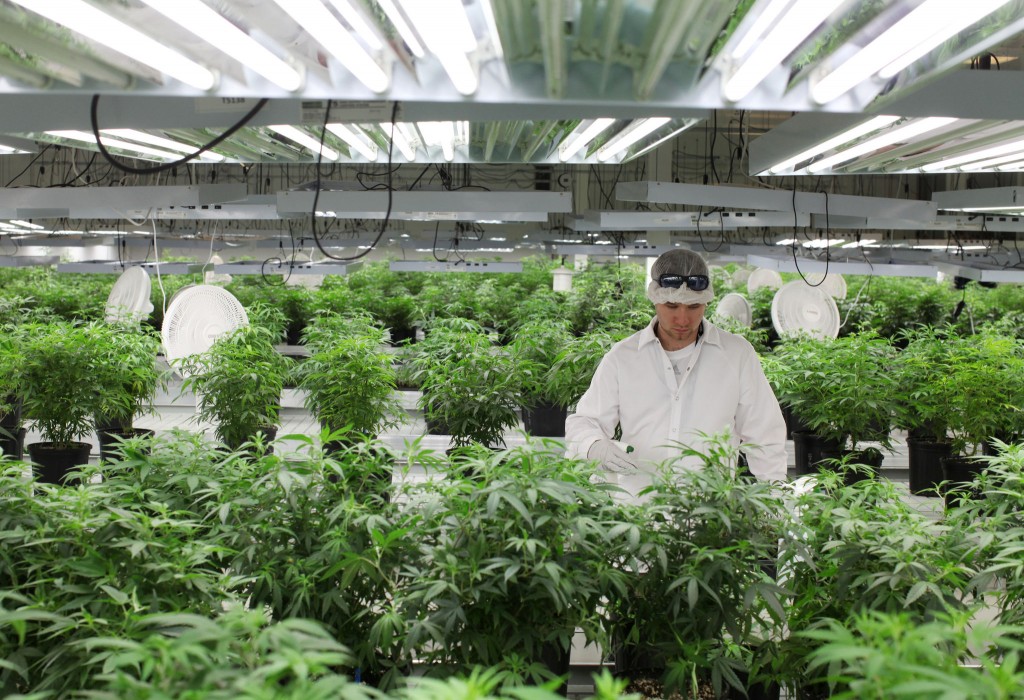