The Merced County Board of Supervisors on Tuesday approved a public hearing for a proposed medical marijuana ordinance, the first step in passing countywide regulations for medicinal pot users.

The proposed ordinance would limit the cultivation of medical marijuana to 12 plants for any parcel of land, according to county documents. The public hearing was set for 10 a.m. Aug. 13, with a second hearing at the same time Sept. 10.

Chairwoman and District 4 Supervisor Deidre Kelsey said the county previously has not placed regulations on medical marijuana, attracting some growers who have used their operations for financial gain.

The proposed ordinance would change that, she said. "The large-scale growers moving into our area specifically because we don't have an ordinance will be discouraged and will relocate," Kelsey said.

"I do support this because it still allows legitimate medicinal marijuana growers," she said, "but prohibits the massive grows that are for cartel operations."

Kelsey said illegal marijuana-growing operations have been an ongoing problem in her district, causing many residents feel unsafe in their neighborhoods.

"I have had complaints in my district in the last few years that this has become more of a problem," she said. "They feel that they could be subject to home invasions or theft or robbery, or be mistaken for growers themselves."

Merced County resident Susan Saldana told county supervisors that she worries for her child's safety because of a large marijuana garden near her home.

"I've seen people trying to jump the fence," Saldana said at Tuesday's meeting. "I think this marijuana needs to be locked up – not in their back yard. Every day, I stress over thinking someone will break in."

"I would want to encourage that they eliminate all outdoor grows, and limit growing to only indoors," Mann said. "People not having access to outdoor grows at all is what we should be shooting for to reduce the crime element associated with medical marijuana."

"When you have outdoor grows, it does attract a certain element – it smells, people know it's there," Chavez said. "It sets itself up as a recipe for violence to occur.

"We support the intent of the (Compassionate Care) Act, but now it's time to modify and morph the laws intended for those medicinal marijuana users for the safety of our community," he said.

Lt. Sam Joseph of the Atwater Police Department said his city recently passed a ban on outdoor marijuana gardens, and that it has helped decrease home invasion robberies.

"The criminals know that those are unmonitored grows that they can take advantage of, so it's an open season for them," Joseph said, adding that the ordinance would help set cultivation limits. "I feel this ordinance would assist county officials in maintaining order with the amount of grows in the county."

The proposed ordinance sought by the Sheriff's Department would limit the cultivation of medical marijuana to 12 plants regardless of the property's size, whether it's indoor or outdoor, or the maturity of the plants.

"This ordinance is much-needed and long overdue," said deputy Delray Shelton, spokesman for the Sheriff's Department.

Merced County follows state law on allowable amounts of medical marijuana, which is a maximum of six mature or 12 immature marijuana plants, in addition to 8 ounces of finished product.

The new ordinance would carry stiffer civil and criminal penalties, including abatement at the owner's expense, an administrative procedure resulting in penalties or a misdemeanor charge resulting in six months in jail and-or a $1,000 fine. 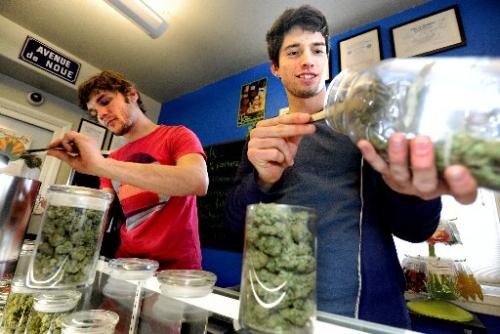