Florida loves Publix, the supermarket chain routinely ranked as the most valuable and beloved company the whole state thanks in no small part to the fantastically salty sub sandwiches. So it's sure to jar a few hardcore Publix fans to learn that the family who founded the chain just donated $800,000 to a conservative-led campaign fighting medical marijuana legalization.

With a similar bill called Amendment 2 on the ballot this November, Drug Free Florida is back spreading lies, half-truths, and misinformation about the proposed law. Miami New Times debunked 10 of their most egregiously false claims yesterday - and our sister paper, New Times Broward Palm Beach, also compiled a list of the most hilarious, Reefer Madness-style videos Drug Free Florida has put out this year, too.

According to Forbes, Jenkins Barnett, daughter of Publix founder George Jenkins, is worth $1.8 billion and owns under 5 percent of the supermarket chain. She was reportedly Publix's largest shareholder as of June.

It appears Jenkins Barnett, who stepped down from her role with the chain last month as she fights early-onset Alzheimer's at age 59, really doesn't like medical marijuana. She reportedly gave more than $500,000 to Drug Free Florida in 2014 - this year, she's given even more to ensure the amendment doesn't pass.

This could, theoretically, be because Publix is one of the largest pharmacies in the South, and legalized medical weed might cut into her family's prescription-pill business, but United for Care Campaign Manager Ben Pollara - whose group is backing Amendment 2 - tells New Times that cannabis fans shouldn't start picketing outside Publix stores just yet.

He said he doesn't know why Barnett's family trust donated during both ballot cycles, but assumes it has less to do with Publix's bottom line than it does with Barnett's own politics.

"I'm still shopping at Publix, let's put it that way," he said. "I don't want the potheads to get up in arms and boycott Publix just yet."

"Publix has not made a contribution in support of or in opposition to Amendment 2," she said via email. "The donation made by Carol Jenkins Barnett was a personal donation and not one made by the company."

Elsewhere, Publix is known for donating at least $25 million each year to charities like the United Way. Under Jenkins Barnett's watch, the chain reportedly donated $250,000 to help the victims of the Pulse Nightclub shooting in Orlando in June.

As such, Pollara seems flummoxed why she's fighting so hard to kill medial pot in Florida.

"I have no idea why she's donating," Pollara says. "But I do think she's pissing away her money." 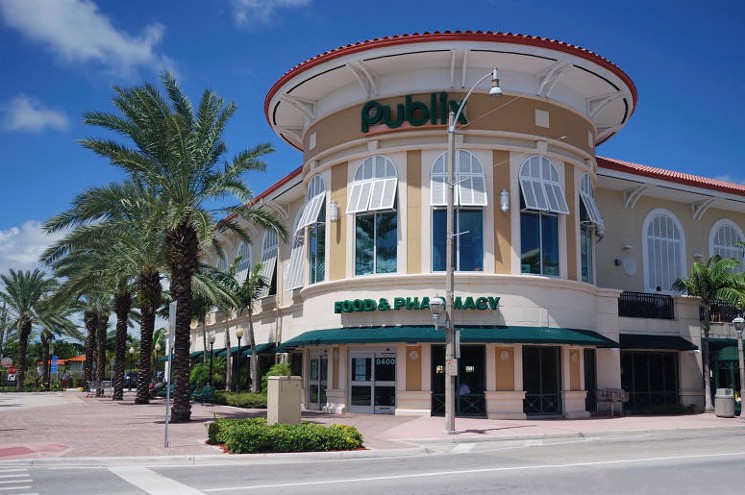