Pueblo County is one of only seven Colorado counties that permitted retail sales, making it a likely southern pot mecca of sorts for those who live in pot-dry areas such as Colorado Springs and El Paso County.

"That's kind of the way I see it," said Josh Behling, store manager of Steel City Meds in Pueblo West - an unincorporated town. "We're kind of on an island right here. It's an hour to Denver (from Colorado Springs) and 30 minutes to Pueblo."

So far the only other places in southern Colorado allowing pot sales are Saguache, Huerfano, and Costilla counties. Manitou Springs, Pueblo and Canon City have placed moratoriums on retail sales until later in 2014.

Recreational marijuana sales won't begin in Pueblo County or the rest of the state for that matter until state licenses are issued beginning January 1.

Behling said his store has an appointment next week to submit its application for a state license and then will try and land one of the 10 licenses Pueblo County will offer.

The Pueblo Chieftain reported there are six existing medical marijuana dispensaries in Pueblo County and four more pending applications. Under state law, recreational licenses are only available to those stores that currently are licensed to sell medical marijuana.

Voters in Colorado legalized the use, possession and sale of pot to anyone over the age of 21. Individuals can also grow a limited number of marijuana plants.

But a slew of cities, towns and counties have banned retail marijuana sales - or at least postponed them.

But while Behling said he looks forward to those crossing county lines to patronize Steel City Meds, he also expects a rush from out of state.

"I get 50 phone calls a day from out-of-staters who think you can just come to Colorado and buy it anywhere right now," Behling said. "They don't realize it's just in fledgeling stages. We're worried about supply being able to keep up with the demand." 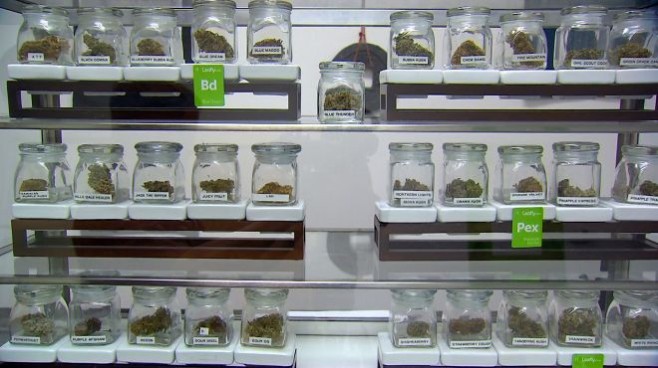