420 Staff
Picked up the Gen. Org. Go Box the other day, that way I can try the Bloom Booster of theirs and all the other stuff in their BioThrive line. Still looking scraggly but still kicking, even with all the abuse it has taken: 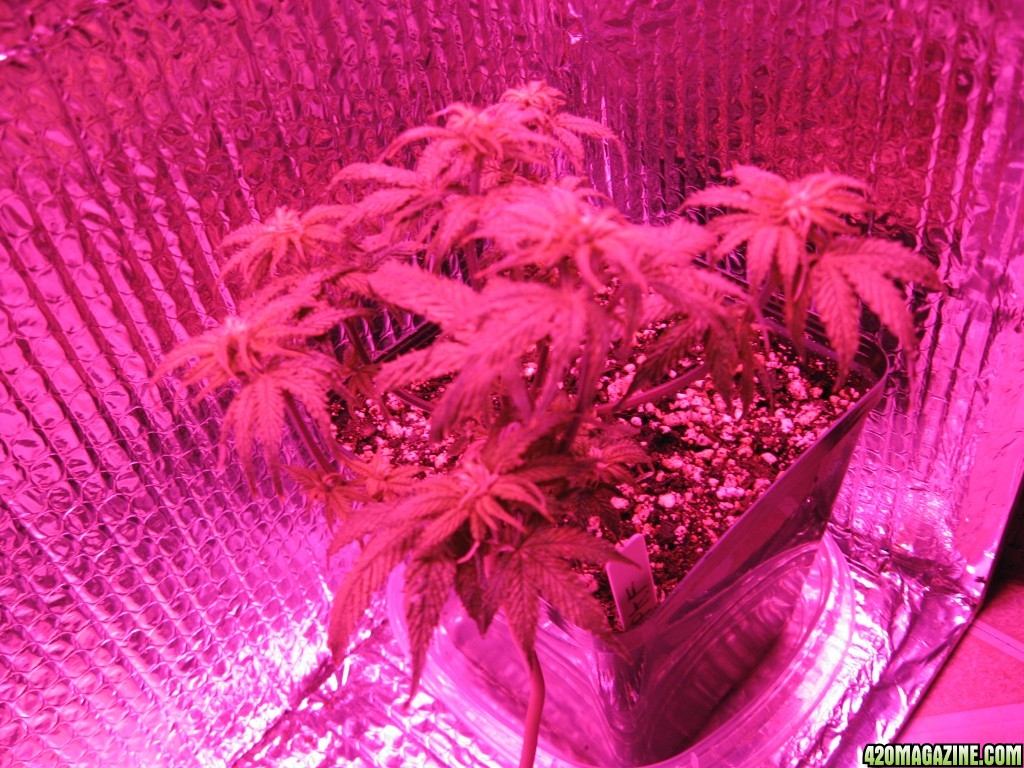 UrbanMonk said:
Moved her back into the little box: 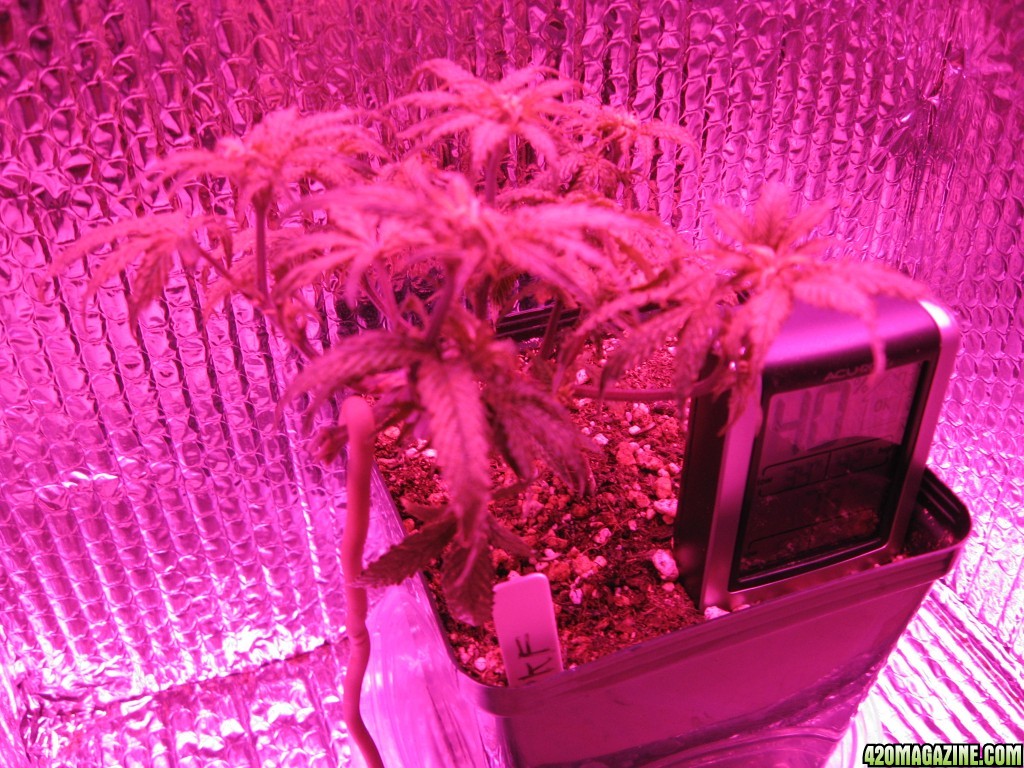 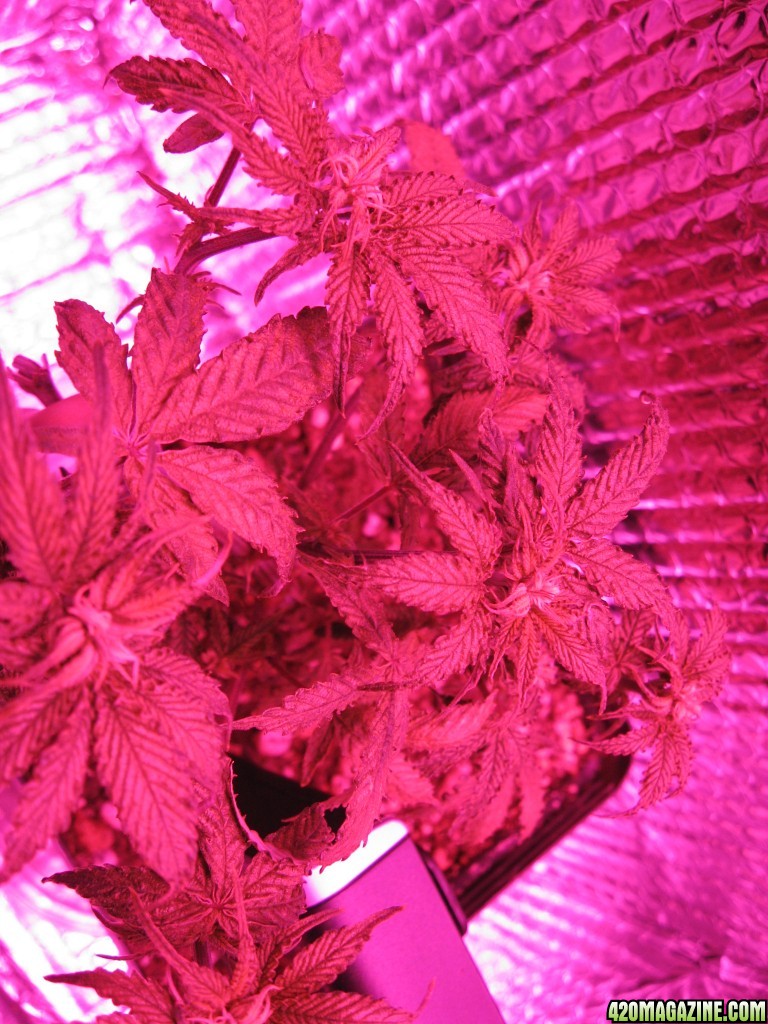 It has lots of issues I think

only had Cal/Mag and water so far in it's rough life (today got Cal/Mag and Bio Root). It popped out of the soil over two months ago, I just prolonged pulling the plug as it won't die no matter how much I learn the hard way

..... If my old lady won't let me keep them in the house next year and I"m back out in the shed, won't be having living plants at stupid times of the year

as couldn't keep that shed warm enough (least she let me bring them inside, as two little ones were in Flower and my Mother should yield quite a bit I"m guessing when she done (less than two weeks into flower on her). I've been doing this since July and it shows

, had a seedling fatality and couple Cuttings that didn't root (before I learned about cloning stuff), but why it's hard for me to pull the plug on her as I haven't killed one before their time yet

420 Staff
It is still kicking, got some Cal/Mag and Bio Marine yesterday: 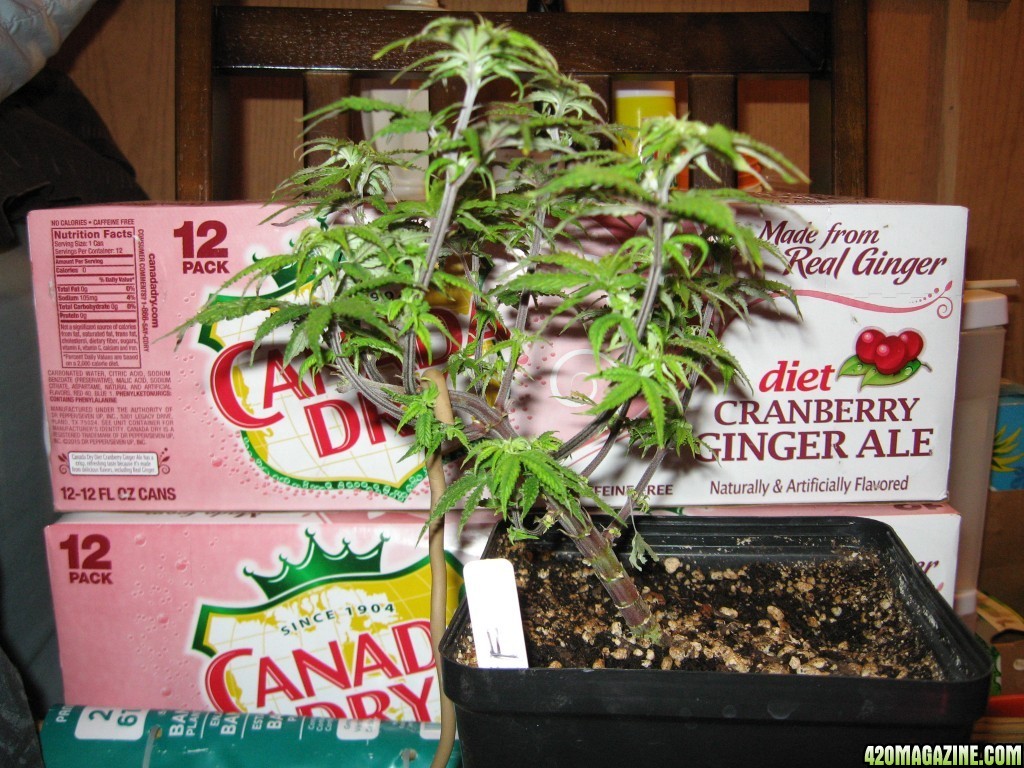 UrbanMonk said:
It is still kicking, got some Cal/Mag and Bio Marine yesterday:

Omg I can't believe it!

Wasn't thinking about it being in the pic at the time....it was there when I realized the Diet package looks the same and I had moved it from the stack on the floor, I was wanting the regular stuff

so was annoyed packaging very similar

420 Staff
Got feed again yesterday, as it was getting light (little box runs hotter than others it seems). 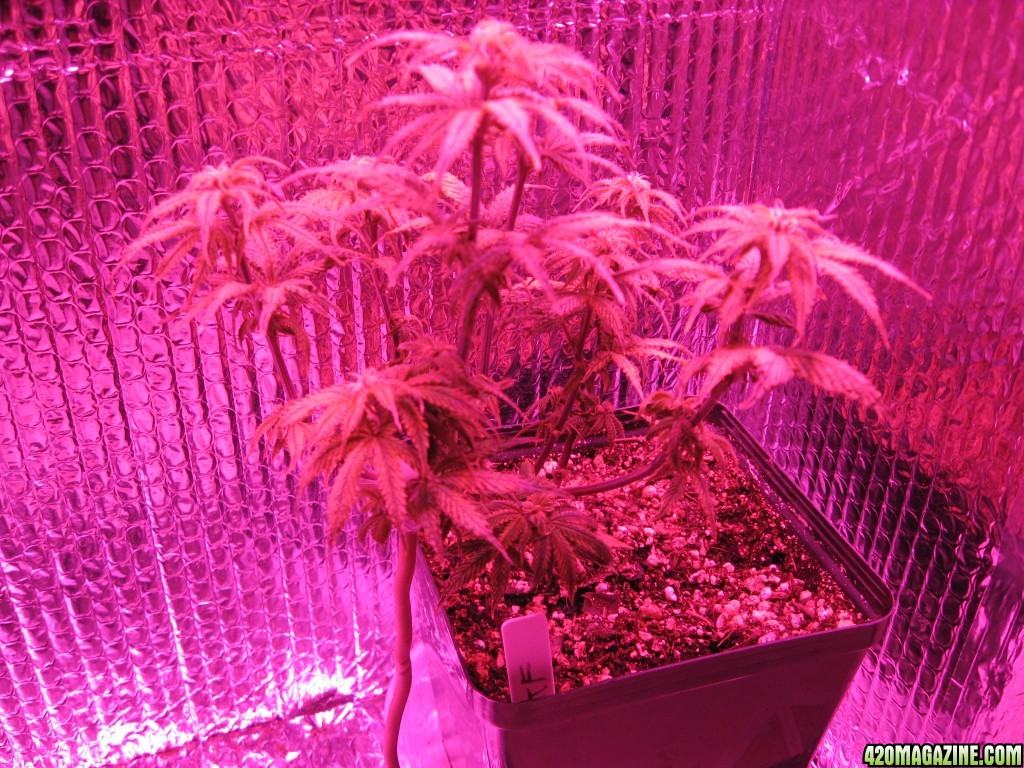 Considering what she been thru, yep pretty good

.....debating on putting her into Flower and get whatever I can out of it as I have more seeds and try and give it a better start next go round. As too many plants and Clones and too many different seeds I want to try that are on hand. As 3 of the 4 I took off the Clone of the Mother going to make it for sure, and took some cuttings off the two Clones I bought, so already out of boxes and have some on floor under a El Cheapo grow light (but it works perfect for seeds/clones and it was under $30 lol).
Anti Journal Journal- Finished
Monks Black Columbian OG and Blueberry Hashplant Journal - Finished
D Monks Ongoing Mixed LED Soil Journal - Finished
Purple Kush Journal- Finished
Dairy Queen and Lilac Jack Journal- Finished
Dwight's plant and bud pic thread

It is like ohioboy's baby that fell into a fan.. a little lady in size BUT alive

420 Staff
She got fed today CalMag/Bio Root/Bio Weed as she was getting light, one of my Chronie Clones joined her in her box today, pic: 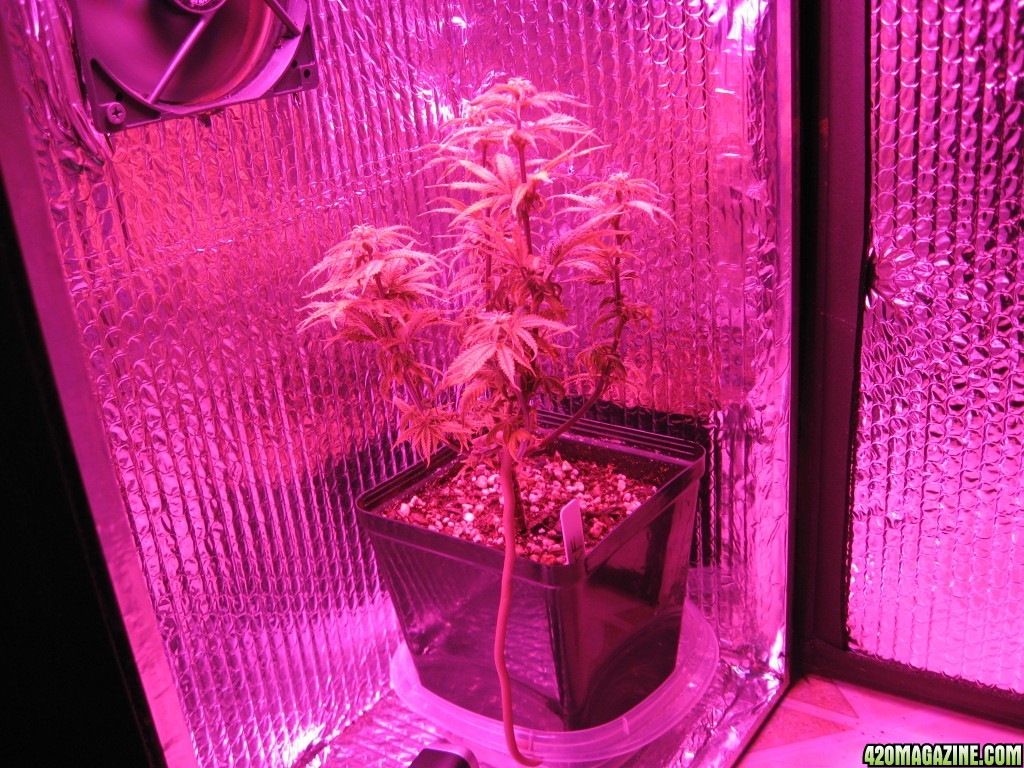 She looks good in pink!

thanks for stopping by my journal, going to follow this grow and find out how that baby turns out! positive vibes to you and the rest of your grow my friend!
Current Grow Summer 2020!
LED's 2018 Wedding Crasher Indoor Grow & Other Adventures!
LED209 Gets Critical - Outdoors!
LED209 - Indoor - Dumpster!

Decided to run another experiment and went ahead and put it and the Chronie Clone into Flower timing got it set for 11 on and 13 off. As seeing pistols on the PKF, so see what I can get off of it and whether I can run full cycle in that dinky box and get anything. That way I can compare to others, as the limited height and other dimensions limits how big a plant you can have......so we shall see what happens

.....she had a tough early life as it popped out of the soil on 10/25, so she not much for a plant that age, she was a fighter though and pulled thru so far

so I agree maybe..I have to make up my mind

But, seriously, less sun hours isn't it a fact it will grow slower?

AngryBird said:
But, seriously, less sun hours isn't it a fact it will grow slower?
Click to expand...

It is a test, have read that slightly less than 12 and the plant thinks Winter is coming and kicks it up a gear....figure one way to find out, as pretty sure had my earlier plants on 12/12 for Flower....more than likely makes no difference just like much of what we all fiddle around with on here in our grows

I just did that, 2 unknowns in soil I scraped of in the forest, pine cone shatters and what ever else in it... stuck it in 2 socks and planted the seeds...so now i wait and see