My husband and I bought a new portable vaporizor for me last night. It's purple and called a Quick Draw 500-DLX. I liked that it was purple and that it said it could vape liquid, extracts and herbs.

We've had some grapefruit shatter since about February, stored in the freezer but didn't have an easy way to try it as we didn't want to invest in a dabber unless we knew it would be worth it. I also like because it's about half the size of my Arizer Solo. 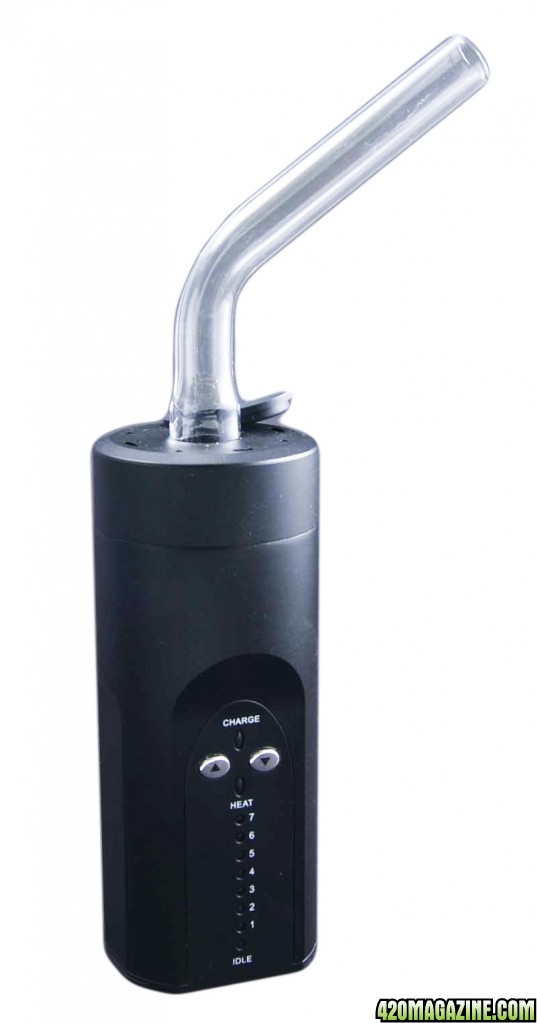 However, when I tried to vape the shatter, the vaporizer didn't act as the owner's manual said it would in that, it said Press and hold button for 3 seconds to begin heating. The light on the Indicator Ring (which is on the bottom above where it says Magnetic USB Charging Port) will glow red at the beginning of the cycle, which didn't happen for the shatter. However, that said, when I added some Blue God herb to the Dry cartridge, it did work so either I'm doing something wrong for the shatter or there's something wrong with the Extract cartridge.

We bought this particular vaporizer because it was versatile, and what we thought wasn't too expensive. My husband and I thought the Liquid cartridge would work well for hash oil but the opening to the Liquid cartridge is quite small so now I think it's just for that e-liquid that smokers use to quit smoking so now I'm not sure which cartridge to use for the oil. I'm thinking the Extract cartridge but I'm not sure.

The only other thing I'm not loving about the 500-DLX and that is that all the mouthpieces are plastic and taste like plastic when I'm vaping. Honestly, I never even thought of that when we bought it. My Arizer has glass tubes that are vaped through so obviously, I didn't have that problem with it. I wonder if there's a way to get rid of the plastic taste. We paid $200 for the DLX so that's quite a bit to invest on one day and stop using the next day because of the plastic taste.

Please note: I looked for a standard format to use for product reviews the way there is for strain reviews but didn't find one. If there is one, please share the link with me. Thank you.
Reading is my passion but music is in my soul.
A Stoner's Random Thoughts Blog

Most efficient use of entire plant!
2