Oregonians over the age of 21 would be allowed to purchase recreational marijuana at existing medical marijuana dispensaries starting Oct. 1, under a bill approved Thursday by a key legislative committee.

Recreational users would be limited to buying one quarter- ounce of dried marijuana and four immature plants from the dispensaries, under Senate Bill 460. They would not be able to buy recreational marijuana infused oils or edible products at the dispensaries. Until the state is able to get its new sales taxation system up and running in January 2016, recreational sales will be untaxed.

The question of when to start recreational sales was one of the last decisions before the joint House and Senate committee tasked with implementing Measure 91, the legalization initiative passed by voters last November.

Dispensary owners and others pushed for a start as early as July 1, when recreational marijuana possession and growing becomes legal. They argued it doesn't make sense to have nowhere for recreational users to legally buy the product, and that immediate sales would help stimulate demand when many dispensaries are struggling to turn a profit.

But an early start is firmly opposed by the Oregon Liquor Control Commission, which argued the full recreational marijuana regulation system should be up and running first. They have targeted a start to recreational sales in mid-2016.

Several lawmakers on the joint committee expressed disappointment Thursday that they weren't able to start sales on July 1 or shortly thereafter. But an Oct. 1 start was more palatable to the rest of the Legislature, they said.

Sen. Ginny Burdick, a Portland Democrat, said that the proposal "is probably a middle ground."

"It's something for us to get a legal (sales) channel" going, she added.

Sen. Floyd Prozanski, a Eugene Democrat, said he was a "firm believer in an on-time start."

"We're setting up a system where we'll have a three-month period ... with illegal sales to people who can legally posses recreational" marijuana, he said.

Cities and counties that voted more than 55 percent against legalizing marijuana would still be allowed to ban medical dispensaries completely through a vote of their elected officials under a separate bill, which is headed for approval. 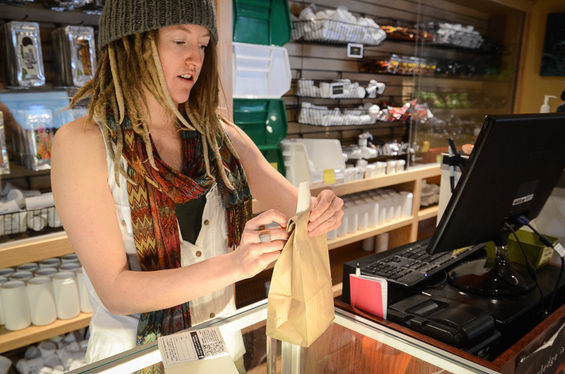 I have to shake my head at our elected officials. They had plenty of time to get this whole thing rolling. I can't believe the legislature is allowing an illegal market to operate for three months rather than start on July 1st with sales. They are more concerned with tax income rather than giving the people the chance to stay legal.

At least we have recreational now (July 1st) and it will be good for the state if they don't get too greedy.
Tranquilgreens High Brix - Green Crack, Y Griega and autos StarRyder, Bubblegum, Northern Lights June 2015

While not perfect, the overall situation in Oregon has been getting better and better.

Good job, Oregonians. It makes me want to return to the family homestead in the outskirts of Salem

Congrats, Oregon. Starting today, you enjoy a freedom that every American should be able to enjoy and should have ALWAYS been able to enjoy.

Freedom will be won when our legislators in Washington move Marihuana and Hemp to class 3 or lower. Once that happens and people see it is harmless and science can test it we will truly be free in every state. For now, I am happy to take one step forward here in Oregon!

Here's a toast to everyone on

One day soon may we live in a world where peace abounds and we use our favorite plant without fear of arrest.