Only a month remains until Nevada is set to join a select number of states that can legally sell recreational marijuana.

Barring any delays, up to one ounce of marijuana will be available for sale July 1 to those 21 and older as a result of Question 2 passing last fall. This will be the first time recreational marijuana is available for sale in the Silver State. Even though possession of marijuana became legal Jan. 1, there were no places that had the go-ahead to sell it.

Essence Vegas is among the local medical marijuana dispensaries that are transitioning to sell recreational pot once it's legal. Armen Yemenidjian, CEO of Essence, thinks Las Vegas could become a destination for marijuana.

"I think we have the potential of being the new marijuana hub of the country, taking that crown off Colorado and putting it on Nevada, namely Las Vegas," he said.

"We have the best nightclubs, the best hotels, the best restaurants, the best shows and now we'll have hopefully the best cannabis experience as well," he said.

Legal marijuana may provide an extra incentive for tourists, despite rules against smoking pot in hotel rooms or outdoors.

"I'm really excited to see ... in a year or two how much that [tourism] number grows," Yemenidjian said. "I think it's had a positive effect on Colorado and Washington that don't have the allure that Las Vegas has."

Essence, in particular, could benefit with a location on the north end of the Strip at 2307 S. Las Vegas Blvd., just north of Sahara Avenue. Essence also has locations on the west side of the valley, near Tropicana Avenue and Jones Boulevard, and in Henderson near Sunset Road and Green Valley Parkway.

While other dispensaries, such as ReLeaf and Sahara Wellness, are near the Strip, the businesses are just east of Las Vegas Boulevard.

At this point, dozens of businesses, many existing medical marijuana establishments, have applied to sell recreational marijuana.

As of May 10, Nevada has 60 medical marijuana dispensaries, 88 cultivation facilities, 57 for production and 11 laboratories, according to the Nevada Department of Health. The majority of dispensaries -- 25 -- are in unincorporated Clark County.

While there's excitement from Essence Vegas and other businesses regarding recreational pot, ultimately, how it is going to affect Las Vegas and Nevada as a whole is to be determined.

"No one really knows what this transition is going to be for anybody," Yemenidjian said. "It's a tremendous unknown and we'll have to find out more July 1." 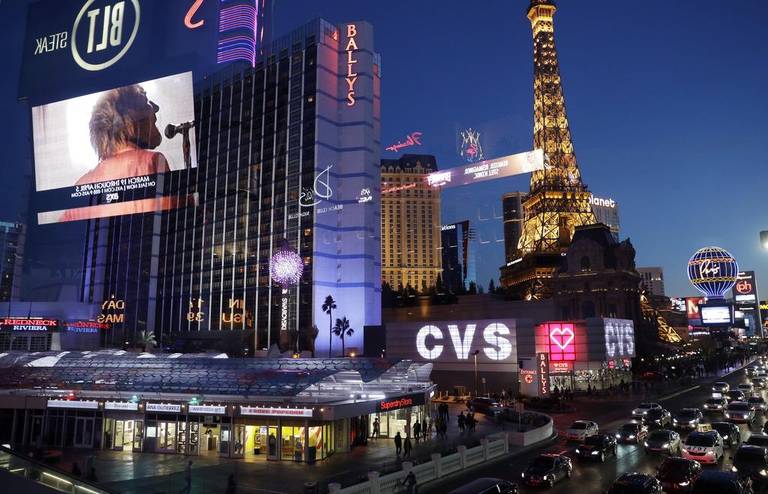