Reform Marijuana Laws In Virginia, For Our Veterans

As a disabled veteran, my choice to utilize the medicine that works for me makes me a criminal in Virginia.

My children, wife, and friends do not want that, nor do I. That is why I have been battling state and federal governments since 2013 on marijuana policy reform.

As a sailor stationed in Norfolk on USS Portland, LSD-37 in 2001, I sought help for mental health concerns. I was recommended by a Navy commissioned psychiatrist to be discharged due to my mental state. My chain of command on the ship overrode those orders and refused, instead keeping me in a toxic environment for myself as well as those around me. I was prescribed anti-depressants and anti-seizure medications for depression and suicidal thoughts, yet kept in a deployable status.

This second suicide attempt included the pills prescribed to me, this time by the Department of Veterans Affairs. I consumed more than 20 Lorazepam (Ativan) pills, and drank 18 beers. I have no recollection of the next few days of my life outside of what people told me happened. That was when I had enough and swore off the pills for my mental health, because they seemed to be the consistent issue with the suicidal thoughts turning into actions. My friends helped me quit the pills cold turkey (something ill-advised because you can have such severe withdrawals that you may die without weening yourself off), utilizing marijuana medicinally. The effects marijuana has is similar to Lorazepam for me, without the haze and zombie-like state.

I began bouncing back after a few months, becoming more engaged in my family life and with those around me. By this point I had flunked out of Tidewater Community College (TCC) with 4 classes remaining to complete my Associate's degree. I slowly began climbing the mountain of recovery from both the pills and my own internal issues. I was seeing a therapist who listened to me and supported my healing path. By 2014, I was employed by TCC and actually stable for the first time in my professional adult life. My disability claim with the Department of Veterans Affairs was approved in 2015 based upon my mental health diagnoses in the military. I enrolled in the Fall of 2015 at TCC and completed my degree there this past spring with a 3.1 GPA. I am now maintaining a 3.82 GPA at Old Dominion University. These accomplishments on my path to healing are because of my medical use of marijuana.

Upon hearing Norfolk City Council was discussing a request for the General Assembly to decriminalize personal possession of marijuana, I was prepared because I have been working to change these archaic, racist laws on both the state and federal levels for more than three years. I have petitioned my so-called representatives in Richmond as well as Washington, D.C., only to see little or no progress. I was an invited as a guest when Senators Gillibrand, Booker and Paul introduced the CARERS Act, the first medical marijuana bill in the U.S. Senate, delivering remarks on the portion relating to veterans. I have spent the past three legislative cycles working with Congressman Blumenauer's (D-OR, 3rd District) office on the Veterans Equal Access Amendment rider to the MILCON-VA Appropriations budget, which would allow doctors at VA Hospitals to discuss medical marijuana as a treatment option in legal states... only to see the joint Congressional committee refuse inclusion of this amendment, although it passed both bodies of Congress.

These efforts have provided major strides toward marijuana policy reform at the federal level. Arrest rates for marijuana are declining nationwide, as are suicide and addiction rates where marijuana use is legal. Virginia, however, continues to see these numbers climb. This issue was last addressed by Richmond lawmakers in 1979 where it was stated they needed to be changed, according to an Oct., 2015 report released from Shenandoah University titled Racial Disparities in Marijuana Arrests in Virginia. Almost 30 years later, we are still addressing the same issues and concerns. Recent reports show that youth use does not increase when medical marijuana is legalized, and medical marijuana can reduce prescription medication use, saving the government millions of dollars in healthcare costs, when accessible.

I am grateful to Councilmen Riddick and Smigiel for being willing to discuss an issue over three-quarters of Virginians support. They conducted a workshop at the Virginia Municipal League Conference that happened in Virginia Beach Oct. 9-11. I reached out to Chesapeake City Council, where I am a resident, to a lackadaisical reception. I encourage anyone supporting this issue to flood your city council's phones with calls regarding the topic (many do not utilize their listed city council email addresses) and attend meetings, giving information as to why marijuana policy reform is the correct side of history.

When the arrest rates in Virginia for simple marijuana possession are moving in an opposite direction compared to the declining national numbers, it is time to rethink these policies.

Should a disabled veteran such as myself, a cancer patient, MS patient, epileptic child, or any other person have to suffer criminal repercussions for use of a natural healing herb, burdening society through the criminal justice system? Or should Virginia lawmakers proceed into the 21st century like a majority of this country has through either decriminalization or legalization of marijuana? The choice is clear. 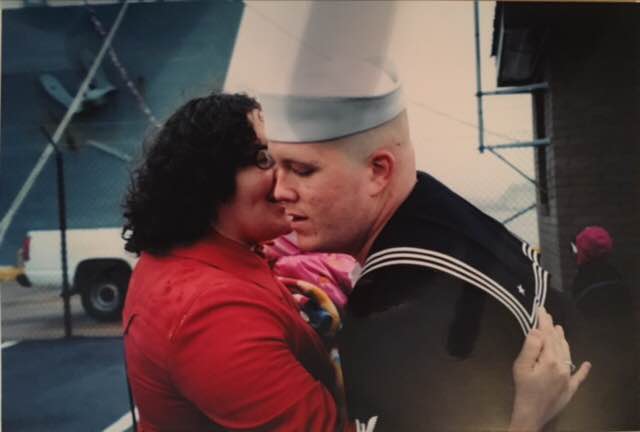