The official name of Amendment 64, the ballot initiative that legalized recreational marijuana in Colorado, was the "Campaign to Regulate Marijuana Like Alcohol".

Amendment 64 was passed in 2012 with 55 percent of the vote (66 percent in Boulder County), and legal marijuana became a reality in Colorado on January 1, 2014. But the regulatory regime that has been applied to marijuana is far more severe than anything alcohol has been subjected to.

If there's any doubt on this point, try this thought experiment: Think what obtaining booze would be like if instead of marijuana being regulated like alcohol, alcohol were regulated like marijuana.

A visit to a liquor store would begin with a clerk asking to see your ID, which isn't too different from what happens today, but the ID would be subjected to much closer scrutiny than the check it receives today.

If you're wearing sun-glasses, chances are you will be asked to take them off so that the clerk can compare your photo with your face.

Your license may also be swiped through some sort of a scanner, which presumably will check it against a state database.

Instead of going directly into the store and choosing among thousands of kinds of beer, wine and distilled spirits displayed on supermarket-style shelves, you would be asked to take a seat in a waiting room until a booze tender in a separate room, where the alcoholic beverages were actually sold, was available to wait on you. The experience would be more like waiting to see a doctor than making a beer run.

When a booze tender became available and you were allowed to enter the holy of holies where the alcoholic beverages were kept, the first thing your personal booze tender would do is check your ID a second time.

Instead of being able to choose among thousands of beers, wines and liquors, your selection would be limited to a few dozen choices.

You would not be able to put your purchase on your credit card - booze selling would be a cash only business, although some stores would take debit cards. Most stores would have an ATM machine available so you could get the cash to make your purchase.

Your beer would come in a child-proof container.

Alcohol consumers wouldn't put up with this sort of over-regulation for a nano-second. Yet alcohol demonstrably causes much more violence and anti-social behavior than marijuana does.

Marijuana consumers and sellers put up with it because that was what it took to overcome 70 years of reefer-madness lying by pot prohibitionists inside and outside of the government.

Yet there is no question that the result of marijuana's over-regulation is that a visit to a marijuana dispensary is only slightly more exciting than a visit to a drug store.

Recently an attempt to open a marijuana dispensary in Niwot (which was ultimately approved) turned into a NIMBY cause celeb, with some opponents acting as though the Hell's Angels were trying to open a biker bar in their neighborhood. It makes me wonder how many of those opposing the dispensary had ever been inside one. 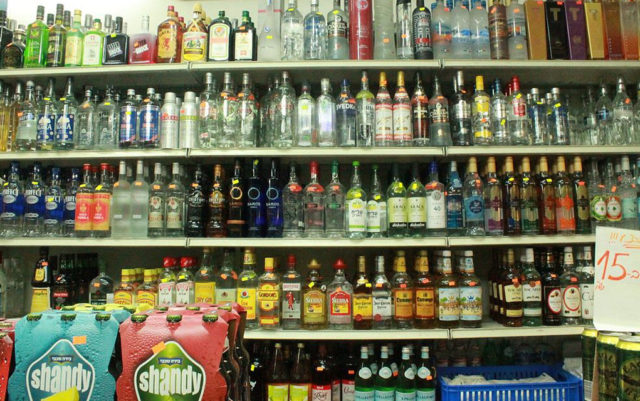 K
Marijuana Is Less Dangerous Than Sugar, Alcohol And Tobacco

Is Big Alcohol Taking A Hit From Legal Weed