Montpelier — The Vermont Department of Public Safety illegally discriminated against a man who sought to use medical marijuana to ease symptoms of post-traumatic stress disorder, anxiety and depression, according to a recent Vermont Human Rights Commission investigation.

The investigation found that the Department of Public Safety required medical marijuana applicants to claim "severe physical pain," a requirement that was never mentioned in statute or rules and "disadvantages mentally or emotionally disabled applicants." The vetting process "worked in a discriminatory fashion," according to a newly released report.

After a lengthy review, the five-member Human Rights Commission voted 4-1 on Jan. 26 to find reasonable grounds to believe the state discriminated against the man, Robert Merriam.

"I think that this is kind of an amazing accomplishment by a citizen," said James Valente, an attorney who said he's in talks with Merriam about pursuing the matter in court. Merriam declined to comment.

Karen Richards, executive director of the Human Rights Commission, said most discrimination cases are settled within four to six months of an investigation. But she was already certain that state government and Merriam would not be able to resolve their differences over the marijuana registry.

"We are not going to be having settlement discussions," Richards said in an interview Wednesday.

The discrimination charge comes at a crucial time as Vermont legislators are considering an expansion in patient access to medical marijuana, including adding PTSD to a list of qualifying conditions.

State officials declined to reveal whether they changed policies or practices for the medical marijuana registry in response to the report.

Public Safety Commissioner Tom Anderson, whose department oversees the registry, referred questions to spokesman Scott Waterman, who said only the Attorney General's Office could answer questions. Assistant Attorney General Sarah London said her office would have no comment on the case.

Gov. Phil Scott's office was unable to provide a comment by the requested deadline.

The discrimination complaint dates to 2014, when Merriam applied for a medical marijuana registry card, citing "chronic emotional pain of PTSD" and "severe pain."

Merriam submitted another application later in 2014, citing "severe pain" due to depression and anxiety, and was accepted, according to Human Rights Commission records. He joined the state's Marijuana Oversight Committee.

A third application in 2015, also citing "depression/anxiety" and "severe pain," was denied. Merriam filed an unsuccessful appeal, then lodged a complaint with the Human Rights Commission.

The Attorney General's Office tried to have the allegations dismissed, arguing that the Human Rights Commission lacked jurisdiction and that the case should have been addressed in Vermont Superior Court. The state also questioned whether Merriam's conditions qualified as a disability.

Richards, the executive director of the commission, denied the state's objections and continued the investigation.

The investigation found Vermont's medical marijuana vetting process tended to screen out applicants with emotional or mental conditions, even when their conditions caused physical symptoms.

Merriam experienced "extreme frustration, bewilderment, panic and anger" as a result of the marijuana application denials, the report stated. He received a new medical marijuana card after filing the discrimination complaint, but his claims continued.

The next steps for the case are unclear.

The Human Rights Commission has legal authority to challenge state agencies in court, though Richards said lawsuits are rare. One such case, involving the handling of a prison inmate with mental illness, is pending in Vermont Superior Court in Montpelier.

Richards said the commission will discuss a potential lawsuit based on Merriam's situation at a meeting March 23.

Regardless of the outcome of Merriam's case, the Human Rights Commission believes Vermont's marijuana registry needs a better record-keeping policy and will need to accommodate people with emotional and mental conditions moving forward.

"As the program expands and becomes open to more people with more conditions," the report states, "it will be difficult to maintain that it will be too expensive to allow access to persons with emotional and mental disabilities such as PTSD, anxiety and depression."

State lawmakers are considering three bills that would expand Vermonters' access to medical marijuana. The most prominent of the bills, S.16, would add PTSD, Parkinson's disease and Crohn's disease to the list of diagnoses that qualify for marijuana treatment. Under current law, any condition can qualify for medical marijuana if it causes symptoms including chronic pain and seizures.

Sen. Dick Sears, the lead sponsor of S.16, was unaware of the Human Rights Commission decision when reached for comment Wednesday morning. Sears, a Democrat from the Bennington district, said the bill grew out of summer committee discussions. The Senate granted preliminary approval to the medical marijuana bill on Wednesday. 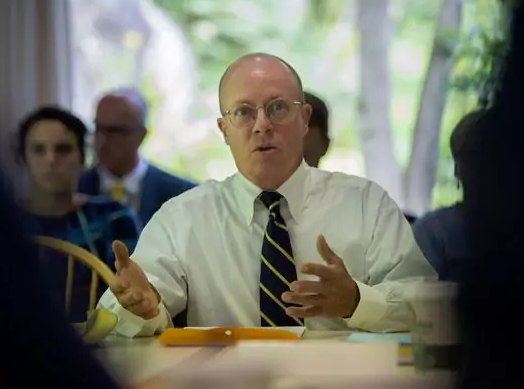