OTTAWA – Researchers say they have located the world's oldest stash of marijuana, in a tomb in a remote part of China.

The cache of cannabis is about 2,700 years old and was clearly "cultivated for psychoactive purposes," rather than as fibre for clothing or as food, says a research paper in the Journal of Experimental Botany.

The 789 grams of dried cannabis was buried alongside a light-haired, blue-eyed Caucasian man, likely a shaman of the Gushi culture, near Turpan in northwestern China.

The extremely dry conditions and alkaline soil acted as preservatives, allowing a team of scientists to carefully analyze the stash, which still looked green though it had lost its distinctive odour.

"To our knowledge, these investigations provide the oldest documentation of cannabis as a pharmacologically active agent," says the newly published paper, whose lead author was American neurologist Dr. Ethan B. Russo.

Remnants of cannabis have been found in ancient Egypt and other sites, and the substance has been referred to by authors such as the Greek historian Herodotus. But the tomb stash is the oldest so far that could be thoroughly tested for its properties.

The 18 researchers, most of them based in China, subjected the cannabis to a battery of tests, including carbon dating and genetic analysis. Scientists also tried to germinate 100 of the seeds found in the cache, without success.

The marijuana was found to have a relatively high content of THC, the main active ingredient in cannabis, but the sample was too old to determine a precise percentage.

Researchers also could not determine whether the cannabis was smoked or ingested, as there were no pipes or other clues in the tomb of the shaman, who was about 45 years old.

The large cache was contained in a leather basket and in a wooden bowl, and was likely meant to be used by the shaman in the afterlife.

"This materially is unequivocally cannabis, and no material has previously had this degree of analysis possible," Russo said in an interview from Missoula, Montana.

"It was common practice in burials to provide materials needed for the afterlife. No hemp or seeds were provided for fabric or food. Rather, cannabis as medicine or for visionary purposes was supplied."

Russo is a full-time consultant with GW Pharmaceuticals, which makes Sativex, a cannabis-based medicine approved in Canada for pain linked to multiple sclerosis and cancer.

The company operates a cannabis-testing laboratory at a secret location in southern England to monitor crop quality for producing Sativex, and allowed Russo use of the facility for tests on 11 grams of the tomb cannabis.

Researchers needed about 10 months to cut red tape barring the transfer of the cannabis to England from China, Russo said.

The inter-disciplinary study was published this week by the British-based botany journal, which uses independent reviewers to ensure the accuracy and objectivity of all submitted papers.

The substance has been found in two of the 500 Gushi tombs excavated so far in northwestern China, indicating that cannabis was either restricted for use by a few individuals or was administered as a medicine to others through shamans, Russo said.

"It certainly does indicate that cannabis has been used by man for a variety of purposes for thousands of years."

Russo, who had a neurology practice for 20 years, has previously published studies examining the history of cannabis.

"I hope we can avoid some of the political liabilities of the issue," he said, referring to his latest paper.

The region of China where the tomb is located, Xinjiang, is considered an original source of many cannabis strains worldwide.

*"It was common practice in burials to provide materials needed for the afterlife. No hemp or seeds were provided for fabric or food. Rather, cannabis as medicine or for visionary purposes was supplied."

Perhaps there is one other possibility to consider: he liked getting high.
:ban:
D

MsRedEye said:
The marijuana was found to have a relatively high content of THC...
Click to expand...


Of course if you asked our government about that, they'd say the Chinese weed was nowhere near as strong as the super-weed the kids are smoking these days. Dangerous stuff. Run for your lives!

- fear not dying, fear being dry, sealed in a tomb, with no way to re-up

- Everyone has a photographic memory, prohibitionists just don't have film!
420 Magazine®
Creating Cannabis Awareness Since 1993

I bet that some of the testing required a vaporizer.
What a promotional gambit that would be---Volcano selected for oldest pot test--

Some pics of the oldest cannabis. 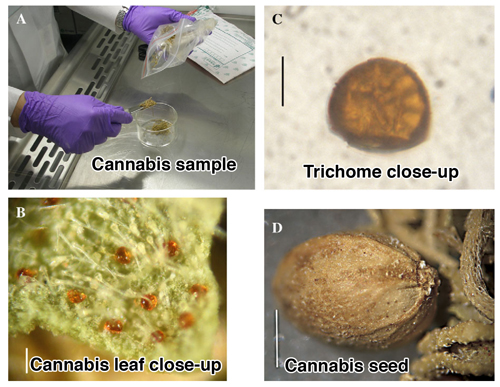 The hemp plant is botanically quite advanced; some plants are male, some are female, and some are androgynous. Most species in the plant kingdom are merely androngynous.
-- United States Dispensatory, 1851
M

I have heard that in some cultures the people made mats or sweat lodges to hold the smoke in while just tossing a bundle of herb right on the fire. It is too bad the seeds did not germinate. The names for that pot would be old stoner or fosilized, or something like that.
Michael

No wonder they call it the stone age. They were stoners!
:ban:

Oldest weed in the world found in China