The first applications for retail marijuana stores will begin rolling into the state Tuesday, along with thousands of dollars in fees.

No one is sure how many applications to expect as Colorado takes the next step toward a free market for pot - a federally banned drug - but those close to the fledgling market estimate hundreds will come into the state in the first months.

"It's exciting to see this process working at the state level, especially in the city of Denver," said Mike Elliott, executive director of the Medical Marijuana Industry Group. "We're going to see regulated, secure businesses take the place of the black market. It's going to be businesses and city and state governments that will finally be getting control and profiting from the sale of marijuana."

Possessing and growing limited amounts of recreational marijuana has been legal in Colorado since voters approved Amendment 64 last November. Adults 21 years or older can possess up to 1 ounce of marijuana and can grow up to six marijuana plants for personal use.

But retail stores won't be able to legally sell pot until the state issues licenses in January.

Even then, the market for pot shops is being limited.

Only the 522 existing medical marijuana stores - those that opened under an earlier Colorado amendment allowing pot stores for medical patients - can apply in the first round for retail pot sales.

And only a select few of those are able to open retail stores because municipalities and counties have opted to ban retail marijuana stores inside city limits and county lines.

In fact, it's easier to list where pot stores will be allowed than where they won't.

According to a list maintained by the Colorado Municipal League, 61 city councils have voted to prohibit retail marijuana sales and an additional 26 have voted to put a moratorium on retail stores taking a wait-and-see approach or waiting for voters to have their say.

Colorado Springs is among those that have banned retail marijuana sales along with Castle Rock, Fountain and Monument.

Manitou Springs has placed a moratorium on retail stores until January.

"It's my opinion that we haven't really thought through the unintended consequences," said Colorado Springs City Councilmen Val Snider. "I wanted to wait, as an elected official, a year or so and see how Denver did, how Pueblo did and maybe even Manitou Springs."

Snider said he also had a hard time coming to terms with the conflict between state and federal law regarding marijuana.

Elliott counts 30 locations that are allowing retail marijuana sales now or in the future. In each of those locations the application process is going to look slightly different.

Denver is limiting local licenses only to those medical marijuana stores operating in city limits for the first two years. Also, those businesses trying to operate in Denver must go through a public hearing process.

Another barrier for retail marijuana stores is money.

That includes a $500 application fee, which will be split evenly between the local jurisdiction and state government.

Elliott said those wishing to maintain their medical marijuana stores will be paying double fees for those establishments. 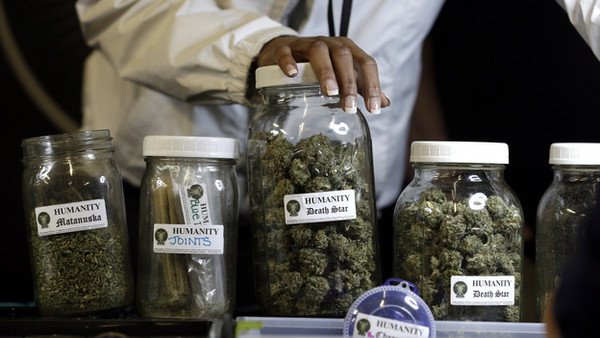 Impressive and encouraging they've seemed able to accomplish so much in such a short period of time.
H

I've seen plenty of information on obtaining licensing if you're interested in opening a retail facility, but I have yet to be able to find any information on what type of, if any, licensing an individual would have to obtain if one were interested in working for one of these retail facilities. I assume it will be similar to the current MED occupational license but I'd really like to see something definitive.