Drive down virtually any thoroughfare in Seattle and you are likely to pass several medical marijuana dispensaries. On Rainier Avenue, in southeast Seattle, the Northwest Cannabis Market sits between a fish store and an Italian bakery. A mile or so down the road, another dispensary occupies an old drive-in burger stand. There are about half as many medical marijuana dispensaries in Seattle – about 200 – as Starbucks locations. But unlike in Colorado, where retail sales of marijuana for recreational uses began on New Year's Day, just months after voters passed a ballot initiative legalizing the drug, Washington state regulators have taken months to craft new rules, and to comb through the thousands of applications for growing and retail licenses. Months after voters approved legalization, anyone hoping to score some dope in Seattle still has to have a medical prescription.

The state Liquor Control Board, tasked with overseeing marijuana sales, estimates the first of what will ultimately be 334 stores that receive licenses will be open by July. The delay is a product of ambiguously-worded 15-year-old legislation and strict structures in which marijuana growers will have to operate; it has served to heighten pre-existing tensions between the state's thriving medical marijuana industry and retail sellers eager to turn a profit. And the delay is costing businesses eager to begin selling, and the state hungry for tax revenue, millions of dollars.

"There's people that are spending money and taking risk" to set up retail stores, said John Davis, CEO of the Northwest Patient Resource Center, a Seattle dispensary. "The Liquor Control Board being all over the place, this could very easily turn into a lawsuit." Part of the blame for the delay rests with the authors of a 1998 ballot initiative that legalized marijuana for medical use. That law allowed patients to possess up to a 60-day supply of marijuana, though what constituted a 60-day supply was never defined. The state legislature passed a bill that would have imposed regulations on the medical marijuana industry in 2011, but then-Gov. Christine Gregoire (D), worried that those regulations would put state officials at risk of arrest by federal agents, vetoed it. Consequently, the medical marijuana industry has existed in a state of legal limbo for more than a decade. Dispensaries, which technically operate as "collective gardens," operate without state regulations. Some pay their fair share of sales taxes to the state; others don't.

The authors of the 2013 measure, Initiative 502, consciously created a more regimented structure. Under the new law, marijuana is treated like alcohol: Retailers cannot grow their own product, and they cannot win a license to sell the drug without a property rental agreement. Colorado's medical marijuana industry, on the other hand, had the most sophisticated set of regulations in the country, and the ballot measure voters passed in 2013 required the kind of vertical integration that Washington's system prohibits. Instead of preventing retailers from growing their own crop, Colorado requires retailers to grow at least 70 percent of everything they sell.

In Washington, the Liquor Control Board has moved quickly to establish the rules that will govern marijuana sales. Those rules require retail stores to have a compliant location, far enough away from venues that cater to minors, such as schools. But the board has been overwhelmed by applications, many of which were incomplete. Brian Smith, a spokesman for the Liquor Control Board, said 20 to 50 percent of the retail applications came back without all the required information. The board allowed applicants time to submit the missing data, adding weeks to the permitting process.

"The LCB, to their credit, has really been bending over backward to help" retail applicants, said Alison Holcumb, the Criminal Justice Director at the ACLU's Washington branch and the campaign manager of the successful marijuana initiative. "They didn't really have a good idea of how many applications they would get." A lottery system will determine which of the more than 2,000 applicants will receive licenses to begin operating by July. Those who win the lottery will have to show proof they have secured a lease for retail space, get finger-printed for background checks and make sure they pass the licensing process. But in many places demand hugely outpaces supply; in Seattle, 411 retail hopefuls applied for just 21 licenses.

That means at least 90 percent of the medical distributors operating now won't be allowed to sell to retail customers. In an effort to protect their monopoly, and in an ironic twist of fate, the medical marijuana industry was one of the heaviest spenders against the legalization initiative. Some in the medical marijuana industry say their business is being put at risk by less experienced retail applicants who don't necessarily know what they're doing. "Everyone is leaping into the green rush," Davis said. "We're weighted exactly evenly with the people who are just trying to take advantage of the system."

Marijuana legalization is also proving to be something of an experiment for law enforcement officials. Several jurisdictions, including King County, home to about 2 million of Washington's 7 million residents, backed off prosecuting low-level marijuana crimes even before the vote to legalize the drug. Now, law enforcement officials are weighing how they should respond to extra-legal circumstances – say, sales between two individuals, which are still illegal. "Do we care? Are we going to arrest that person and prosecute that person? What if that person sells to minors? Then we might care," said Dan Satterberg, the King County Prosecuting Attorney. "There's real conflicted expectations on what law enforcement's role is going to be going forward."

Both private businesses and state government stand to make millions of dollars when sales of marijuana for recreational use begin. Washington state budget officials estimated the state would reap about $134 million in tax revenue generated by marijuana sales in the 2015-2017 biennium. But those projections could prove too optimistic. Colorado initially estimated that taxes and fees from marijuana would generate $134 million for the forthcoming fiscal year; on Tuesday, Gov. John Hickenlooper (D) is expected to tell lawmakers that figure was about $20 million too high. Legislative budget analysts expected the state to reap just $65 million, less than half Hickenlooper's initial projections, in the first year.

It's not clear, either, that those businesses that are allowed to open first will have anything to sell. Washington has approved just eight grower licenses to businesses around the state – all marijuana sold in retail outlets must be grown in Washington – though the Liquor Control Board is nearing final inspections on three dozen new growers. "If I'm given a license, sure, I'll open my doors to let people come down and film my empty shelves. There's not going to be much supply to begin with," Davis said. "There's nothing easy about the cannabis industry." 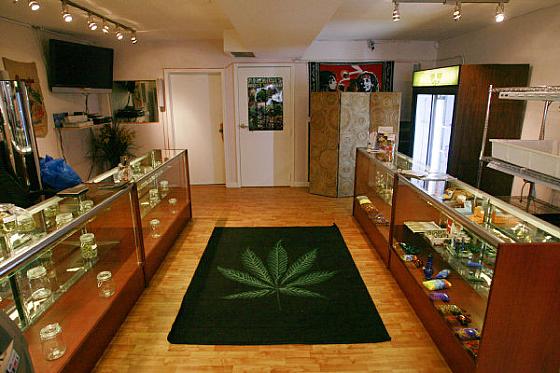