Dr. Marshall Brinton saw the headlines after Minnesota passed a medical marijuana law, looked around at the equipment in his old veterinary laboratory and thought: Yeah, I could do that. A retired veterinarian in Willmar, Brinton hopes to convert the lab where he once made vaccines for animals into one of Minnesota's two medical marijuana production facilities.

After the long slog to legalize medical marijuana, the state's real work has begun to get the unconventional medicine in severely ill patients' hands by this time next year. Next steps range from the mundane, like securing office space, to integral pieces: building a computer system to register patients and track their medication, hiring a research director to help determine dosages and placing eight dispensaries across Minnesota.

The state has already given the program a name– the Office of Medical Cannabis – and hired its top official. But no step is more critical, or perhaps more difficult, than securing two manufacturers to grow the plants, extract the active ingredients and turn it into medicine. After years of failed efforts, Minnesota lawmakers last session passed one of the nation's strictest medical marijuana laws. Patients can only use a pill, liquid or vaporized form of the drug, and only those who suffer from eight illnesses including cancer, HIV/AIDS and glaucoma will qualify for the program.

Several legislators and advocates raised concerns that those restrictions would dissuade manufacturers from coming to Minnesota. Lawmakers built a delay option into the bill which the health commissioner can use to kick the program's July 2015 launch back another six months. The state is hosting a conference for interested manufacturers on Aug. 8. Applications are scheduled to open in early September, with two selected on Dec. 1.

"I used to worry we would have no applicants," said Manny Munson-Regala, an assistant commissioner in the Minnesota Department of Health and the architect of the state's new program. "I've been contacted by enough interested parties that I'm feeling comfortable that we'll have choices." Brinton hasn't contacted the state yet, but he got the OK from Willmar's Planning Commission last week to use his old laboratory to cultivate marijuana if he's ultimately accepted by the state. He said he plans to reach out to similar facilities in Colorado in hopes of finding a business partner with experience. "I'm a veterinarian. I see the aspect of the medicine. It makes sense," he said. "When I researched the law, I said, 'This makes a lot of sense.'"

The question of where to place eight dispensaries to ensure an estimated 5,000 patients have equal access will be left up to the two manufacturers, each in charge of four locations. Munson-Regala said the state is toying with the idea of asking manufacturers to bid on the state's even- or odd-numbered congressional districts – one in each, of which there are eight. And the state still needs to fill the Office of Medical Cannabis' 10-person staff.

Last week, the health department named as director Michelle Larson, a deputy director in the department's Office of Statewide Health Improvement where she led efforts to tackle tobacco use, drug abuse and obesity. Up next on the state's hiring list: a research manager, to help determine what types of marijuana work well for patients, what dosages to use and weed out any potential side effects with other medication. A new task force to study the impact of medical marijuana in Minnesota is scheduled to meet on Thursday. Stacked with law enforcement officials, substance abuse professionals and soon-to-be patients, the 23 members will set the tone for how setup and oversight of Minnesota's new program will unfold.

Sen. Branden Petersen, one of four lawmakers on the task force, said he was disappointed with the "narrow scope" of the bill – he and his colleagues in the state Senate pushed for more dispensaries and more qualifying conditions. Petersen, an Andover Republican, is concerned that the bill's passage will discourage lawmakers from retooling the legislation in the future if Minnesota's law proves too restrictive. "It becomes the reason why you can't take any further action. I'm going to try to make sure that doesn't happen." 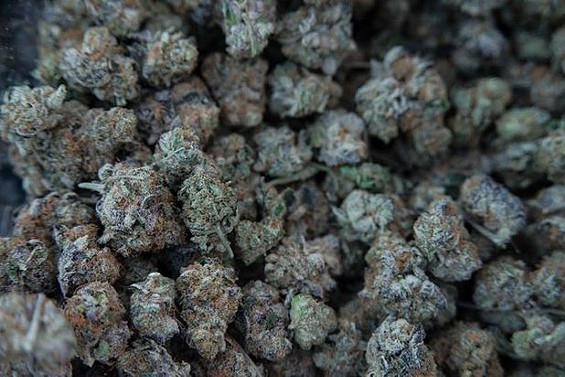