Earlier this year, proposed legislation was submitted to the Rhode Island General Assembly (RIGA) that would legalize and regulate marijuana in a fashion similar to alcohol. However, as the legislative season nears its end date, when the general assembly adjourns for the year, it seems unlikely that lawmakers would vote on the bill as it stands, which would mark the ninth-straight year a vote has not been taken on some form of a legalized recreational marijuana proposal. With deadlines drawing close, the sponsors of the original legislation, Representative Scott Slater (D-Dist. 10 Providence) and Sen. Joshua Miller (D-Dist. 28 Cranston, Providence), along with Regulate Rhode Island (RRI), a coalition advocating for marijuana policy reform, have outlined a simplified compromise to the current proposal that would allow adults age 21 and over to possess up to one ounce of marijuana starting July 1, 2018. The new legislation, if submitted and approved, would also form an advisory board to study the effects of legalized marijuana and report those findings to the RIGA for the purposes of conceiving policies and practices for the regulation, cultivation and sale of marijuana in the state.

The original legislation, proposed in January of this year, was detailed in its intent to legalize recreational marijuana, laying out grounds for cultivation and sales. The compromise announced by Slater, Miller and RRI is much more general, and would simply allow the possession of one ounce or less of marijuana, while doing away with the regulatory aspects of the bill. The compromise, then, comes in the form of the establishment of an advisory board, which, if approved, would go on to report to the RIGA on the effects of legalized, recreational marijuana in Rhode Island and other states that have passed similar legislation. Opposition to legalized pot has argued there has not been enough study surrounding the issue, even in states where marijuana is already legalized, for lawmakers to make an informed decision on regulation. A press release detailing the compromise proposed by Slater and Miller outlined the advisory board and the role it would play.

"Specifically, the compromise legislation would establish a six-person advisory board comprised of two state officials selected by the governor, two state senators, and two state representatives to study outcomes of legalization in other states and issue a report by January 1, 2018 with recommendations for the General Assembly on how to establish a system for taxing and regulating marijuana in Rhode Island," it states.

The proposed legislation would also make the possession of up to one ounce of marijuana legal starting July 1, 2018, the same time Massachusetts, which has already legalized recreational pot, is expected to open its first marijuana retail shops. A fear amongst proponents of the bill has been that Rhode Islanders would simply journey to the neighboring state to purchase marijuana, giving away precious tax dollars and becoming criminals on their way home. Slater addressed this concern in a statement last week.

"Legislative leaders in Massachusetts say that marijuana businesses will be open there no later than July 1, 2018. Rhode Islanders will be able to cross the border and legally purchase marijuana, and they should not be considered lawbreakers in our state when they come back," he said. "Virtually all of our neighboring states are moving in this direction, and we want to see Rhode Island at least establish a viable path to legalization so that we are ready to move forward next year."

Meanwhile, Miller added that the sponsors of the legislation and its allies were prepared to compromise in an effort to ensure progress on the topic.

"We are prepared to compromise in a significant way, but there must be progress on the issue this year," he said. "Our proposal balances the will of the majority of voters who want marijuana to be legal for adults while respecting colleagues who want to slow things down and get the regulations right."

Jared Moffat, RRI Director, said the compromise legislation would allow lawmakers to vote on the base question of the proposal — if marijuana should be legalized — while also allowing time to address the regulation concerns.

"When we speak to legislators, they are interested in the practical questions such as 'what should the tax rate for marijuana be?'" he said. "We are not against 'studying' the issue, but there is a difference between studying if marijuana should be legalized versus how it should be legalized. Our compromise proposal asks the legislature to essentially vote on and answer the 'if' question while leaving plenty of time for a small advisory board to address the 'how' question."

On Tuesday of last week, the House Judiciary Committee approved the establishment of a 22-person study commission on marijuana legalization. In response, Matthew Schweich, director of state campaigns for the Marijuana Policy Project, said such a commission would simply be a rehash of the debate the state has been engaging in for years.

"Rhode Island voters want to see progress on this issue, and a 22-person study commission will not be constructive," he said. "It would simply be a repeat of the debate we have already had for the past several years. Instead of asking 'if' we should legalize marijuana, which is a question best addressed by the existing committee process in the General Assembly, we should study 'how' legalization could be implemented. Our proposal is a more sensible approach that represents a meaningful first step toward finally ending the failed policy of marijuana prohibition in Rhode Island."

The RIGA adjourns for the year on June 30. In order for state lawmakers to vote on the proposed legislation, a judiciary commission within either the senate or house must hold a vote on the bill, at which point it can be amended with the compromises outlined by Slater and Miller, before going to a floor vote. If passed, the bill would go through the same process in the other chamber. 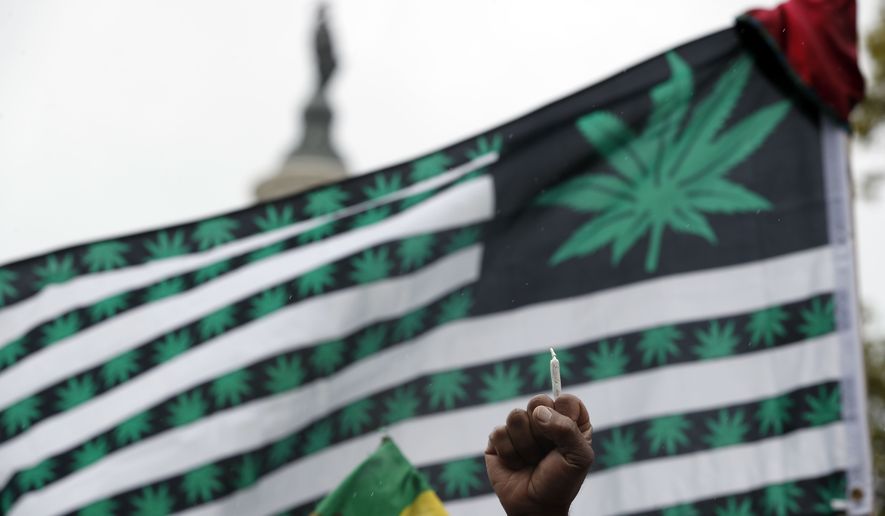