Washington State - A majority of Kennewick City Council members are prepared to ban marijuana-related businesses. The Richland City Council isn't as unanimous, but is expected to consider a ban on recreational marijuana businesses in the next couple of months. Both councils spent time Tuesday in workshop sessions discussing what to do about the marijuana businesses made legal when Washington voters approved recreational marijuana in 2012. Pasco on Monday became the first Mid-Columbia city to permanently ban marijuana-related businesses within its borders. Kennewick might not be far behind. All of Kennewick's council members have expressed concerns with what allowing pot businesses would mean, and at least five have voiced support for banning the businesses entirely.

Kennewick and Richland have in place temporary bans, which will expire in October, to prevent marijuana-related business from opening. The Mid-Columbia already has its first retail pot shop, Altitude in Prosser. It was among the first retail businesses to receive state approval to open earlier this month. So far, the state has issued approval to six growers and five processors in Benton County. Two have Benton City addresses and the rest have Prosser addresses. Rural Benton County also is allowing marijuana businesses. Tri-City officials are relying on a January ruling by state Attorney General Bob Ferguson confirming that cities and counties have the authority to ban pot-related businesses. The Kennewick council spent little time discussing the proposed ban ordinance presented by Kennewick City Attorney Lisa Beaton.

At the same time a short drive away, the Richland council spent more than an hour discussing Washington's new pot law, before a majority indicated they wanted to at least consider an outright ban. Richland and Kennewick city staff and officials have expressed concern about a number of issues, including the conflict with federal law, the disconnect between the state's recreational and medical marijuana laws, and potential negative impacts to the cities ranging from public safety to quality of life. Pot businesses deal mostly in cash, which creates a public safety concern, Beaton said. There also is a past history that shows local medical marijuana patients being targeted as victims of a crime because people know they have pot. Cities would receive relatively little sales tax or licensing revenue, said Heather Kintzley, Richland city attorney. And unlike with liquor, the state is not sharing any of the revenue from marijuana sales with cities and counties, Beaton said.

A public hearing on banning marijuana businesses will be held by the Kennewick planning commission Aug. 18. The Kennewick City Council will consider the ban Sept. 2. Meanwhile, Richland city staffers will continue to work on zoning regulations in case the council decides to allow marijuana businesses. Richland city staff is recommending a permanent ban. If the council does impose a ban, it could revisit the decision down the road, Kintzley said. Richland Mayor Pro Tem Phil Lemley doesn't see anything good coming from allowing recreational marijuana businesses. "We don't benefit at all from it. It can only be on the downside -- it would cost us," he said during the workshop.

Richland Councilman Gregory L. Jones said what people do in the privacy of their homes is their business. But "if we're going to be a family-oriented town, with walkability, and draw people to our community for all the positive reasons," he would support a business ban. Richland Councilwoman Sandra Kent hasn't made a final decision but is leaning toward a ban. She doesn't think the "state of the regulations are such that it makes good business sense for us to say, 'Yes, let's authorize sale or production today,'" she said.

Kent also struggles with the fact that "from the state's perspective, we have said that we're going to authorize this. But the feds have said, 'No, no, no.' I would like to honor what the state citizens have voted in" but at the same time (we have) an obligation to be a good steward of the city's money and make decisions that are best for the city. Richland Mayor Dave Rose said "the people that want to use marijuana are using it. ... My take on this is I would like to see us provide zoning so we can regulate when and where marijuana can be sold." 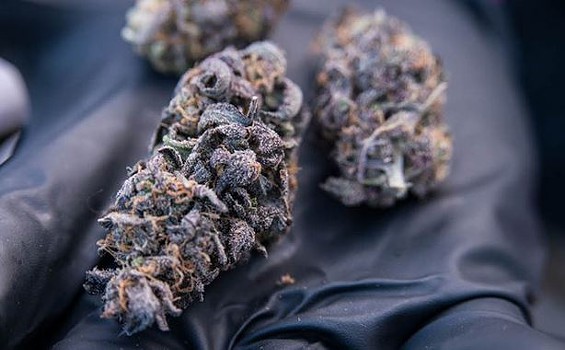