Steve Young? The football player?" asked a mildly amused voice on the other end of the phone line.

It was the kind of response I got sometimes while making calls from a small newspaper office in the late 1990s.

The question usually came shortly after I introduced myself: "Hi, this is Steve Young. I'm a reporter with the Bartlett Press, and I have some questions for a story I'm writing."

Frequently, the more playful interviewees would respond with a little joke involving the name I shared with the San Francisco 49ers quarterback.

"Reporter? So that's what you're doing after the NFL," they might say.

Near the end of the other Steve Young's career, the lauded player racked up astonishing career numbers, but he also had his brain beaten by a series of concussions. By that time, I had developed my own stock response.

"Yes, that's right," I would say as dryly as possible, "After all the repeated head trauma, journalism seemed like the only job to suit me."

But, as I read in an interesting article from ESPN Magazine last month ( see ESPN.com - NFL - Big headache: NFL won't bite on dentist's concussion device ), concussions in the NFL aren't funny at all. It's a serious issue for players, but if the article is any indication, some league officials think it's a big joke.

A Massachusetts dentist has been fitting members of the New England Patriots with special mouth guards for several years. The Patriots had no incidents of concussions between 2000-2003. Other teams recorded as many as 20 concussions in the same time period. Serious concussions, particularly multiple concussions, can lead to long-term health problems.

Other players in the league, as well as other athletes prone to concussion, are starting to catch on, but NFL administrators have their heads buried in the sand. According to the ESPN article, the NFL official entrusted with safeguarding the health of players won't even talk to the dentist. The league does not require players to wear mouth guards, and only about 40 percent of players do. From the league's comfortable standpoint on the sidelines, the policy is working out just fine.

While NFL minimizes such an issue, it's interesting what the league ( and the broader media ) portrays as a tragic controversy: Ricky Williams' alleged drug use.

About the same time ESPN showed the NFL's recklessness on head injuries, word leaked out that Williams, the amazing running back for the Miami Dolphins, flunked his fourth drug test. The news was based on rumor, but reliable sources didn't deny the story. While some press accounts indicate that this drug test problem doesn't involve marijuana, Williams' other drug test failures were for marijuana. When he left the league for a year, he made no secret of his love for the herb.

NFL players are required to be routinely tested for performance-enhancing drugs. They are also tested for drugs for which are, according to the dominant mythology, performance-impeding.

Except, the players who test positive for marijuana, like Williams, are frequently at the top of their game. Yes, he appears to have broken some rules, but those rules are tied to political/pharmacological correctness, not player safety or fairness on the field.

Instead of lamenting Williams' supposed lack of self-control, some commentators recognize the absurdity. In a piece posted at Alternet ( see AlterNet: DrugReporter: Another Victim of Skewed Drug Priorities ) Mike Beacom lauds Williams as a light of non-conformity in the world of pro athletics.

"He is human first, football player second, and there are far too few of those in the NFL, or any league these days," Beacom writes.

Perhaps that's true. Maybe it's not. But I can say for certain that the NFL demonstrates much more concern about reputations tarnished by drug war expectations than it does about brains bruised during play. When it comes to marijuana off the field, the league sees its players as temples not to be defiled; but once they hit field, they're pieces of meat who are supposed to play through the pain.

If trends continue, the ultimate irony could arrive in a few years when the DEA comes after some of those retired, broken bodies and their doctors for the alleged overuse of pain medication. Some colleagues who now gravely wag fingers at Ricky Williams for his "drug problem," might wish more people like Williams had made at least an attempt to question the drug war. 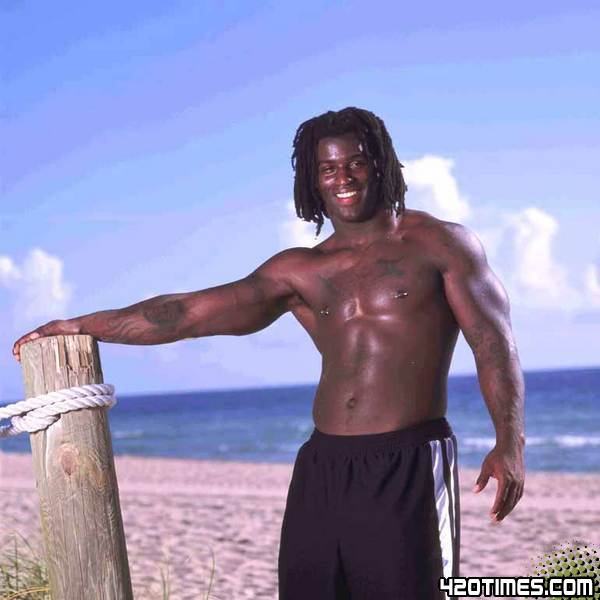