The Thomas C. Slater Compassion Center started selling medicinal pot on Friday to what a spokesman called a ''steady stream of patients.'' The facility received its license from the health department earlier this month.

The dispensary is initially selling marijuana cultivated by growers participating in the state's medical marijuana program. But it will immediately begin growing its own product to sell.

Marijuana dispensaries in Warwick and Portsmouth are expected to open in the coming months.

Rhode Island is the second New England state after Maine to allow the sale of medical marijuana from regulated dispensaries.

The Slater Compassion Center's website lists a variety of marijuana types and paraphernalia for sale. The center is open six days a week. 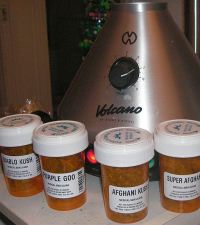