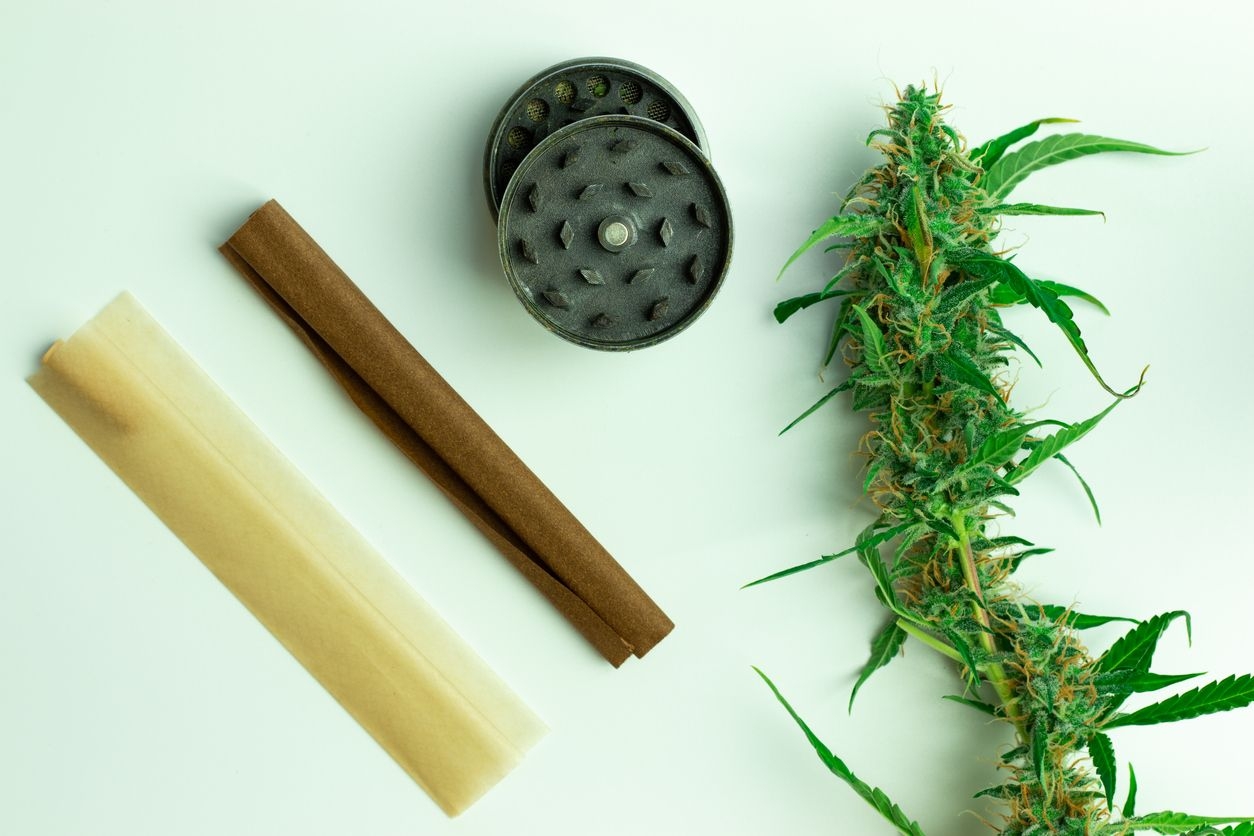 Smoking cannabis is the most popular way among consumers, as it’s simple, cheap, and effective, but if you’re smoking out of rolling papers or blunt wraps, then you might want to think twice before you spark up the next one because we’ve discovered that these seemingly harmless paper materials come with more ingredients than you might have bargained for.

Now, you’re probably thinking, but of course, inhaling a burning anything isn’t going to be great for your health, but it’s not the paper particles that you have to be worried about. It’s toxic and proven to be harmful elements that are cause for concern. Not all rolling papers and blunt wraps come with this nasty addition, but according to one study, far too many of them fail toxicity tests.

How do we know about the potential for toxicity?

People have been smoking pot for a fair number of years now, and it might come as a shock to those who believed that they were making the best choice for their health, but we now know that rolling papers and blunt wrap can be toxic thanks to a study that was conducted by SC Labs in California. The lab tested 118 different types of paper products that were purchased directly from Amazon and local dispensaries, and of those, 1 in almost every 10 failed the test for impurities.

The thing researchers were looking for is the presence of several different elements that are known to have a toxicity shelf, as that is the point in which they become dangerous for human consumption. Their biggest concerns included two main culprits, heavy metals, and pesticides. In total, the test looked for 4 heavy metals, including cadmium, lead, arsenic, and mercury, 66 pesticides, and 5 mycotoxins.

86 of the samples showed trace contamination of lead, 51 arsenic, 43 mercury, and 37 cadmium. Where pesticides were concerned, 1 in every 20 paper packs samples failed the current requirements by California standards, and as if that wasn’t all bad enough, almost 1 in every 5 samples showed positive for trace amounts of chemicals known to be used in bug killer.

Even though many of the rolling papers and wraps managed to pass California standards, a lot of them showed trace amounts of contaminants that no one wants to be smoking, but before you jump to blaming the producer for this flaw, it is important to recognize how this usually happens. Contamination is something that is common, particularly in outdoor crops, as plants draw any residual chemicals up from the surrounding soil and store them away in their stems and leaves.

This is not something that is done intentionally, and often, it’s a mistake that no one sees coming, which is why contaminants end up in so many products that already have the approval to be on the market, like the studied papers and wraps we’ve referred to here. Most regions enforce regular product quality screening to avoid this, but still, some bad batched get through and make their way onto store shelves everywhere.

Toxicity from heavy metals can impose both short term and long-term adverse effects, including neurological, physical, and degenerative processes that can imitate common diseases such as Alzheimer's, Parkinson’s, muscular dystrophy, and multiple sclerosis. Both heavy metals and pesticides are also carcinogenic, which means that they are known to be cancer-causing after long term exposure.

Short term effects may include things like headaches, nausea, upset stomach, or a general feeling of being unwell. Since it is not ethical to test these toxicity limits on people, there is still a great deal that we do not yet understand, so there may be many more adverse effects that we have yet to uncover. What we do know for certain is that these elements are dangerous, but does that mean you need to worry about their presence in your rolling papers?

Is this something that you need to worry about?

The truth is that these chemicals and heavy metals occur naturally in many places throughout the environment, so we’re going to be exposed to a lot of them without much say in the matter, but when it comes to directly consume these things, it’s just not a good idea, because we have no idea what kind of risk you’re taking in doing so.

You might miss your morning joint or your evening twist and bake, but there are plenty of other ways to get the job done without adding even more risk to your health. After all, inhaling burning cannabis on its own is enough to irritate the lungs, so why would you want to add any more harm than you have to? If you like to smoke and aren’t interested in taking up some other method of consumption, then your safest options include:

The above article might have been at least slightly helpful if it had listed the unhealthy brands (and, perhaps, the countries of origin for the tested brands so we could see if there was a correlation).

Hey, folks, some stuff is bad for you - but I'm not going to tell you which stuff it is. Because that way, I can make you walk around scared without actually having to do anything. Like the people behind the above article.[/RANT]
Respectfully,
Tortured Soul

The dinosaurs became extinct because they didn't have a space program. -Larry Niven
4

Good point TS, that seems to be the order of the day...Make people scared of their own shadows needlessly because scared people are easily manipulated....Sheeple!!!

If we all go through life scared of EVERYTHING, there's no quality of life to be had for anyone, so what's the point?

I read it as not all packs are the same regardless of brand. My white zigzags might have some good packs and some bad packs.
It's all about the environment IMO some days good, some days not so good... hmmm maybe stay away from papers made in a very polluted city? Best I can come up with on short notice.