September 18, 2011. Los Angeles. The California state Republican fall convention was held this weekend in Los Angeles. One of the most anticipated activities was the California Presidential Straw Poll. When the state party released the results last night, the Ron Paul 2012 campaign was proudly claiming victory. Not only did Rep. Ron Paul (R-TX) win the official straw poll in the nation's largest state, the Texas Congressman received more votes than the second and third place finishers combined.

Garden State’s top conservative goes all in for Dr. Paul

“New Jersey’s motto is ‘Liberty and prosperity’ so it is fitting that a tireless proponent of these values is stepping forward to endorse Ron Paul, the nation’s undisputed champion of personal and economic freedom,” said Ron Paul 2012 National Campaign Chairman Jesse Benton.

“Now more than ever, the United States needs a leader who respects the Constitution and who will return liberty and prosperity to the American people.

“We need a leader who will use our military only when it is absolutely necessary to defend the national security interests of the United States, and who will stop engaging our military in wasteful and unconstitutional nation building exercises.

“We need a leader who will stand up to the Federal Reserve to stop the destruction of the dollar, and to protect savers, retirees and the middle class. We need a leader who recognizes that there can be no liberty and freedom unless we respect private property rights.

“There is only one candidate for President who meets that description. His name is Ron Paul, and it is my great honor and privilege to endorse him for President of the United States.”

Sen. Doherty is serving his first term in the New Jersey Senate, after serving four terms in the New Jersey General Assembly. By most measures, he is the most conservative legislator in New Jersey. Sen. Doherty’s record has earned him repeated endorsements and top ratings from pro-business groups, industry associations, Second Amendment rights organizations and prolife advocacy groups.

Sen. Doherty graduated with a B.S. from the United States Military Academy at West Point and earned his J.D. at Seton Hall University School of Law. Achieving the rank of Captain in the Army, he has extensive military experience including living and working in Germany where his top secret contributions helped deter possible Soviet aggression during the Cold War. Sen. Doherty has three active-duty sons serving in the military.

Event details are as follows.

There are a few true representatives out there. Unfortunately most of them think like this: 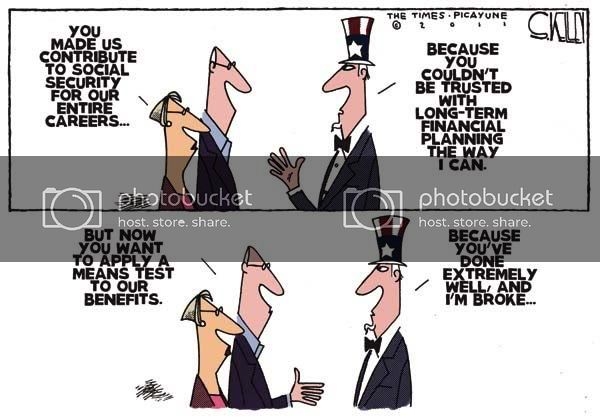 Then, in turn we realize this more and more: 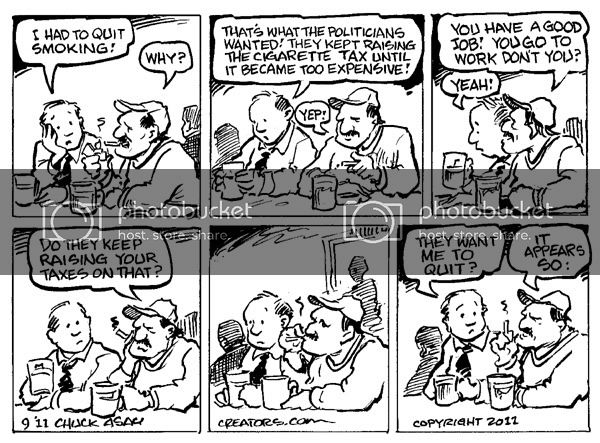 "I wound up doing time for something I should have been rewarded for. What I did was a community service, the way I look at it. I was punished for political reasons. Absolutely meaningless. Was I a criminal? No. I was a good member of society only my society and the one making the laws are different."
--Owsley "Bear" Stanley
O

For all the ardent Ron Paul fans, I suggest you see George Monobot's blog in the Guardian newspaper. There is much more to positive change than just pot.
O

1
Paul Win a Real Possibility Now That Newt is Out!

Gary Johnson Is Winning Over The Libertarian Party, But Can He Win Over America