Oregon Senator Ron Wyden offers an amendment to the farm bill that would allow farmers to grow industrial hemp.

On Thursday, June 7, Wyden introduced an amendment to the federal farm bill that would decouple hemp from the definition of marijuana and allow farmers to grow the industrial variety of Cannabis, otherwise known as "hemp."

In a statement given on Thursday, Wyden said:

"Industrial hemp is used in many healthy and sustainable consumer products. However, the federal prohibition on growing industrial hemp has forced companies to needlessly import raw materials from other countries.
My amendment to the Farm Bill will change federal policy to allow U.S. farmers to produce hemp for these safe and legitimate products right here, helping both producers and suppliers to grow and improve Oregon's economy in the process."

HuffPost reports the amendment, S.3240, would exclude industrial hemp from the definition of "marihuana," thereby allowing hemp farming to be regulated by state permitting programs, bypassing the federal government's long-standing prohibition of marijuana.

Hemp can be used to make clothing, oils, paper, rope and other products. Hemp has been used to make cloth and rope for over 10,000 years. Hemp ropes are known for their strength and durability. The original Levi Strauss jeans were made from a hempen canvas. Even Old Glory was made from hemp fiber.

What do you think about Oregon Senator Ron Wyden introducing an amendment to the farm bill that would allow farmers to grow industrial hemp? Leave a comment - express yourself. 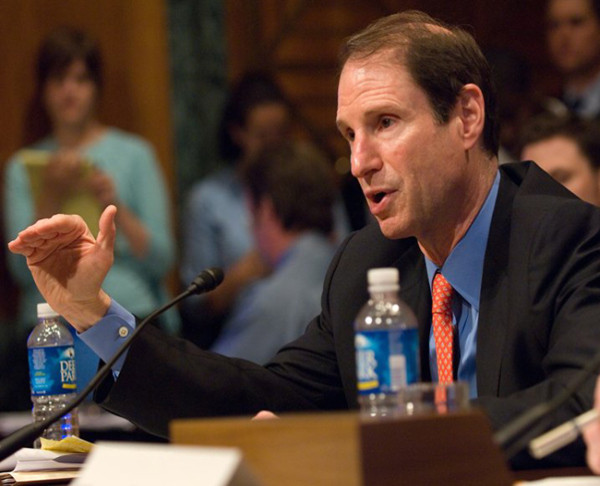