Root Aphids Or Worse & Maybe Something Else: Help!

Just to give my kind helpers an update, here's what I'm doing about this. I did a lot of reading and decided to try some simple things with stuff that I have lying around, in addition to the DE treatment.

A bit akward that the subject is split between this thread and my journal, but i opened this one thinking that it might be relevant for others too...
Current grow journal: NorthernCosmos' First Indoor Soil Auto Grow, 2019

Today I found some dried larvae in the tray of one of the plants. They're around 5mm long. Could it be the tobacco-tea from a few days ago that has taken them out? There's a picture below for identification - are they fungus gnat larvae, or something else?

I also spotted a total of 5 root aphids today on the soil of two plants, surfacing during the watering. One managed to get itself covered in DE, and they all got a helping of super strong Scorpion chili juice. Next up is a serving tobacco-tea tomorrow, then a new round of DE to be ruffled into the top soil as it dries out a little. 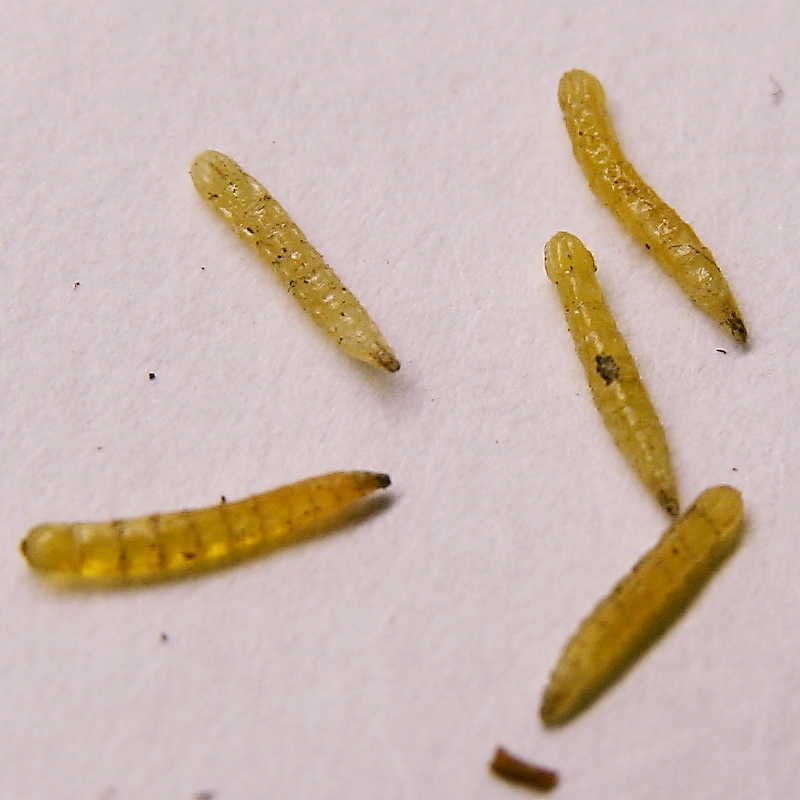 One more thing... The Root Aphids seem to be subsiding - I didn't see a single one during the last watering. I have poured in a little H2O2 solution, so maybe that finished them off.

However, instead I'm seeing some tiny light-green/white things. Less than two millimeters long (no longer that an aphid) and with narrow bodies. The bodies seem to be segmented as they curve when they move around. They surface when I water around the stem, just like the aphids did. I see nothing on the leaves.

I've caught some, but they get destroyed beyond recognition by my tweezers so I don't have any photos. I was thinking they might be baby-aphids, but they wouldn't be narrow with segmented bodied, then springtails, but they don't jump, and they don't fly. What might these things be?

Edit: the closest visual match I can find is this fungal-feeding springtail, the 12th image on this page - but I've never got a good look at one under a magnifier.
Last edited: Nov 24, 2019
Current grow journal: NorthernCosmos' First Indoor Soil Auto Grow, 2019

H
Root Aphids or something worse?

r the aphids or spider mites