The Oceanside City Council had ample opportunity to develop reasonable regulations for medical marijuana patients in Oceanside during their two year moratorium on this issue. Instead, the City Council let the moratorium expire, and have launched an all out assault/eradication effort on the existing facilities through lawsuits, injunctions and threats.

The City has even gone as far as changing its zoning laws during the moratorium to prevent dispensaries from opening unless they applied for a change in the code which would automatically be denied.

Continued delays, stall tactics, lawsuits, threats and harassment have resulted in an environment of fear where sick and dying patients will be forced to obtain their medicine from illicit sources rather than from safe, reliable and regulated dispensing centers in the City.

Patients in Oceanside are sick and tired of this continued bias driven effort to eradicate safe access to their medicine and in response to the continued delays and the City's eradication effort, will be protesting in front of the Oceanside City Hall (300 N. Coast Highway Oceanside, CA 92054) on Wednesday, August 31, 2011 from 4-6pm.


Join Oceanside residents, patients, advocates, and concerned citizens on Wednesday, August 31 from 4-6pm and help send a strong message to the City Council, that patient's rights must be protected and that the citizens of Oceanside are tired of seeing their tax payer's dollars wasted on bias driven eradication efforts! 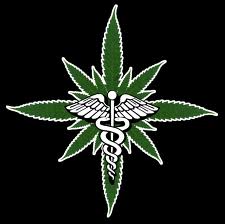 Oceanside: City May Put Moratorium on Dispensaries of Medical Pot