San Francisco, CA--Last week the United States Department of Justice issued a memo to all United States Attorneys clarifying federal policy concerning the use of medical marijuana and the laws of the various states. Dubbed the "Cole Memo" after its author Deputy Attorney General James Cole, it has been decried by medical marijuana advocates, including Americans for Safe Access, the American Civil Liberties Union, and The Green Cross.

The Cole memo states: "Persons who are in the business of cultivating, selling or distributing marijuana, and those who knowingly facilitate such activities, are in violation of the Controlled Substances Act, regardless of state law." For the thousands of Californians who work in the medical marijuana industry, this statement is disheartening, as it attempts to delegitimize their livelihood and threatens to drive the distribution back underground where it is unregulated and potentially dangerous.

"While The Green Cross appreciates the Obama Administration advising US Attorneys that is 'likely not an efficient use of federal resources' to prosecute individual patients who use medical marijuana consistent with local law, we believe the Cole Memo falls short of the leadership the president promised during his campaign and in the initial days of his presidency," said Kevin Reed of The Green Cross.

"Fifteen years after California adopted Prop. 215, it is hard to believe that the federal government continues to deny scientific evidence, the will of voters, and the democratic processes of several states and local governments."

The Cole Memo is a troublesome reminder to the medical marijuana community that the federal government still chooses to ignore the medical research that has confirmed the medical value of marijuana and the recommendations by physicians that qualified patients need a safe and legal place to access their medicine. The existence of regulated medical cannabis programs, like those here in San Francisco, is proof positive that the use of medical marijuana can be safely and properly regulated.

"Until federal law changes, it is important to remember that we are not an industry, we are a movement," said Reed. "It's high time for medical cannabis advocates to demand that congress and the administration work with state and local governments to protect and advance safe access."

The Green Cross encourages members of the community to contact their U.S. Representative to ask for their support on HR 1983, the Medical Marijuana Patient Protection Act. 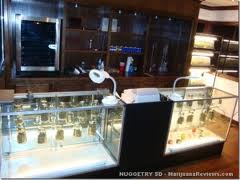