Police in New Mexico's capital appear to be largely ignoring a new city ordinance that decriminalizes possession of small amounts of marijuana, according to records.

Dozens of police reports show that Santa Fe officers since November have been filing cases only under state statute in Magistrate Court. Those cases involve possession of an ounce or less of marijuana or marijuana paraphernalia.

Since Nov. 5, when the last verifiable citation was issued under the city ordinance, there have been more than 70 charges under the state statute.

After the Santa Fe council voted last summer to adopt the new ordinance, officers were given discretion to issue citations under either municipal or state law.

"I understand that it's an option," City Councilor Joseph Maestas told the Albuquerque Journal. "But it's troubling to me that policy hasn't been fully accepted to the degree of full implementation."

Those charged under state law face a criminal petty misdemeanor - punishable by up to 15 days in jail and fines up to $100 - that remains on a person's record.

Under the city's ordinance, offenders are charged with a civil violation subject to a maximum $25 fine.

The decriminalization ordinance came after a citizen initiative was launched in which drug-law reform advocates collected thousands of voter signatures on petitions seeking to put the issue before voters on the November general election ballot.

However, a majority of the City Council voted to adopt the change by ordinance in order to avoid the costs of an election.

"We give our officers the discretion of which court to utilize," she said. "We want to encourage them to make use of this initiative through City Council. However, we still want to remind people that marijuana is still illegal to have unless you have the right documentation for medical use." 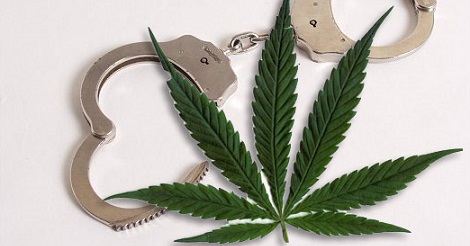 After the Santa Fe council voted last summer to adopt the new ordinance, officers were given discretion to issue citations under either municipal or state law.
Click to expand...

Cops addicted to harrassing black kids for years will have to go 'cold turkey' on this one . . .