Santa Maria​
- Santa Maria, a variety of marijuana stemming from the Brazilian Amazon where it has been used in a spiritual context, is now available in the Netherlands. -

According to Cees this plant reveals unknown depths within the sexual experience.

While Santa Maria is not being used for spiritual purposes in the Netherlands, out of respect for the plant it's name has been changed to Planck…
The distribution in Holland of the real Santa Maria clones was done by the former Highlife-magazine chief editor, Bernt Gundersen, because he was bringing his new "found" clones ( in fact he did steel them ! ) of a strain that is worldwide known by now,... to No Mercy Supply, to SpeesCees.
He waked me up 3.00 o'clock in the night because he didn't have a free light to place them.
And you better be sure, hahahaha.... I took care of a fast and free distribution after taking enough cuttings of them. (50% of the Coffeeshops in Holland have the name Santa Maria on their price-list).
No strain in the world became so famous in such a short time then the Santa Maria did. Strange effect... no seeds available, this plant was cloned for at least 18-20 years by now, and nobody knows the genetic background.

Because this is originally an outdoor plant, Planck should be cut vertically. If you don't do that, the plant continues to grow and eventually perishes under the weight of it's own buds, which cannot be supported by the skinny stalk. By cutting vertically they grow rather widespread; therefore put only nine plants on a square meter and twelve on a square meter of rockwool. Planck doesn't need a prolonged growing phase; on rockwool no more than three days, on soil five at most.

Flowering time is between eight and nine weeks, which is modest for a plant that is 2/3 Sativa and 1/3 Indica. The plant has few leaves which makes trimming and cleaning easy. It's potency resembles that of a Shiva, while the white layer on the leaves might be expected with an Indica. On the other hand, the effect is so high and releases so much energy, that actually it could not be compared to any of those. The taste is full of flowers and fruits, while the high seems to last forever.

Something about the yield. Being a topplant, quality is the main issue here. On the other hand, the yield, which should be somewhere between that of a White Widow and a Special, remains highly surprising.
At this moment...2007, there are already F7 Santa Maria seeds in the collection of No Mercy Supply, who came forwards out a Silver Pearl X Santa Maria and after hard selection brought back 7 times to the origional Stanta Maria clones. It is with the F6 and F7 version where people now days are growing out more then 1 gram per Watt ! You may find photo's at No Mercy Seeds , but I will take care that I find somebody to place them here aswell.

I'm like a diesel-car...need to get warm first.
Out of that...I need to go step by step, cause as Jimmy Cliff told us : The harder they come, the harder they fall...one at all !

No...in fact I mean if you pre-grow them to take the top out on the second internode from above.
This will let them grow in a fast tempo sidewards.

And it never came out where the origional Santa Maria did come from.
There are a lot of wild stories...but believe me...I'm 100% sure that the guy who did introduce this plant in this BraziliÃ«n religiÃ«n secte did move out of the country without to leave any info about it !
Because it was used by this BraziliÃ«n secte they did make up the story that it should be a BraziliÃ«n plant.....but that's just a gambling sugestion.
After jail time...a member of this secte did come to us to have them for theirselves again !

The best way to grow a Santa Maria indoors is to germinate them under 12 hours light and leave them on that 12 hours untill ready for harvest. Try this ones...and you NEVER will change that way of growing !

I don't think you could go wrong with this strain, everything I have have grown from Cee's get has been top notch. Fantasic tasting herb with a real kick too it.
May I also recommend the the Double Fun. Taste is amazing and the head high is fucking strong. (Yeild is also good)


And I'm still trying to post some nice pics...but with no result yet !
SpeesCees :smoke2:
B

You want it, you got it! 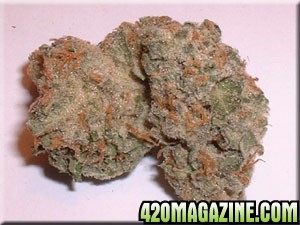 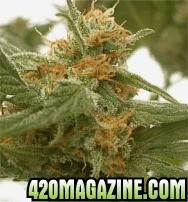 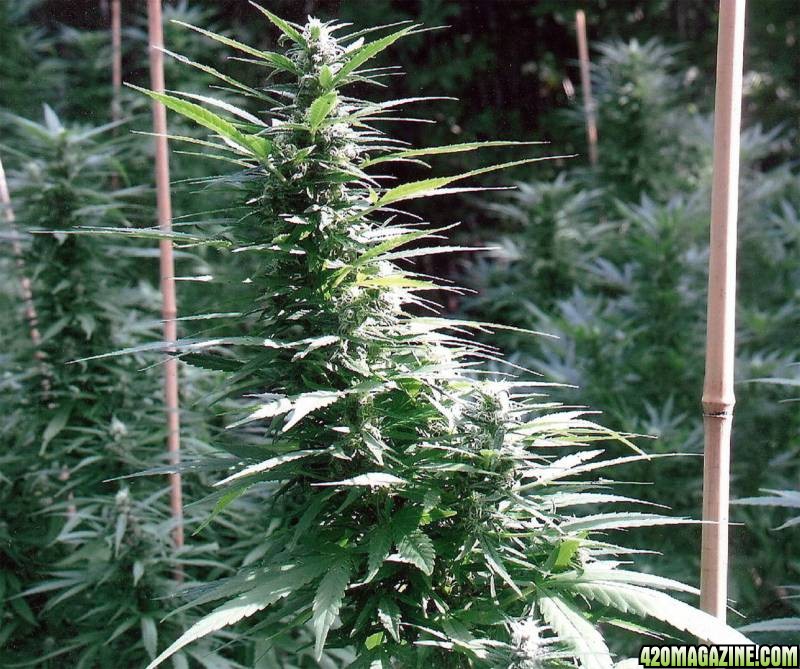 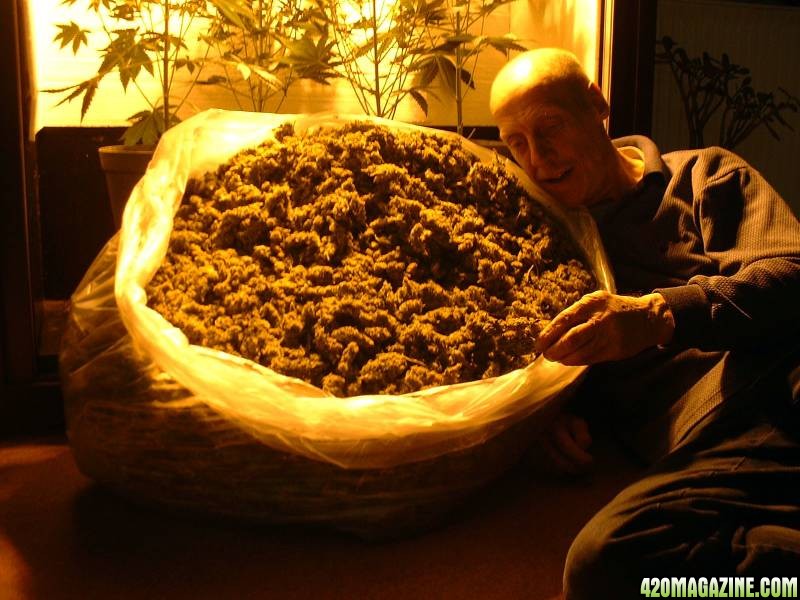 By the way...the guy on the photo's that's realy me myself and I.
Hahahaha....sometimes I like to show off (?) with the results of my work.
In fact it's like .....I need to share it.
And "Mr." Bush can kiss my.....etc. etc.
I'm not afraid to be punisched one day in future for that.
What will the Dutch governement give me for punishment for sending "some" seed and having critic on that Bush guy ?
Some rules are made to step over them....I guess that's the big different in America versus Holland ! lol

LoL Thatis what I love about Most of Europeans, common sence and kindness


Boss-G said:
LoL Thatis what I love about Most of Europeans, common sence and kindness


The idea behind is : Who's THAT much God to forbit me to use a herb given by mother nature to give my life more ...? ( don't know the word !)
Value..or quality...maby ?
It's my life...and in Nepal Shiva told me in a heavy dream....go and teach them how to grow Cannabis ! ( and at the end Shiva told me....don't forget the Americans ! lol

Nice pic and nice pic of your "baggie", Mr SC! Happy New Year! You should read his stories on No Mercy Supply Wonderful tales!
215-er/OCBC/bpg/norml-ca/ASA-ca
Holding onto anger is like grasping a hot coal with the intent of throwing it at someone else; you are the one who gets burned. - Buddha
B

Here is Cees In Nepal - He can tell you about this story.. amazing! 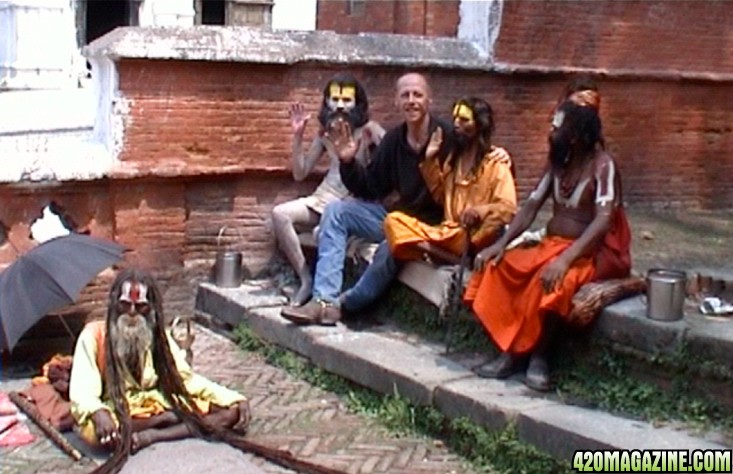 Cees you must live a fulfilled amazing life and rich I know you must feel rich for all the help and advice you give people ! I want to just thank you for that , I only hope I can gain and share some of your wisdom one day !
https://www.420magazine.com/forums/journals-progress/132033-mystery-cfl-grow.html

Value, quality - both excellent words to describe what this herb adds to our lives. Thanks brother.
Marijuana, in its natural form, is one of the safest therapeutically active substances known to man.
By any measure of rational analysis marijuana can be safely used within a supervised routine of medical care.
FRANCIS L. YOUNG, DEA Administrative Law Judge​


FreakNature said:
Value, quality - both excellent words to describe what this herb adds to our lives. Thanks brother.
Click to expand...


Ahaaaa... so my english isn't THAT bad.... then I see it for myself !
That's making my day FreakNature !

Stay cool and have a great new year.
SpeesCees :smoke2:
B

This is the F4 Santa Maria

It does look like the brazillian doesnt it?
420 Magazine®
Creating Cannabis Awareness Since 1993

I have some double fun photos If you would like to see them, it looks like A cooler green, tighter flower Santa Maria. Not sure I wanna post it here and confuse people with strains. Maybe a Double Fun Post, with info and photos?
420 Magazine®
Creating Cannabis Awareness Since 1993

Boss can you put it in that crem da la creme thread I've been thinking of double fun and would like to see what it looks like thanks.
420 Magazine - News Team
Creating Cannabis Awareness Since 1993
Please Help Support Our Website!
The 420 News - Daily Marijuana News
My Hemp Art Journal

E
Does anyone know where to get Santa Maria seeds?