It may turn out to be nothing but cheap political talk, but for now let's give credit where it's due: S.C. governor Nikki Haley took time this week to meet with several advocates who support the decriminalization of medical cannabis.

Not only that, Haley told these advocates she was open to further discussions on this issue — which seems to be gaining traction everywhere except South Carolina.

One of the advocates told Haley that any South Carolina resident "could buy weed on any street corner right now but what we need is safe access and protection for our children."

Specifically, we're talking about children who suffer from debilitating seizures ... the kind which can be treated by THC oil. And which the U.S. Surgeon General has said should be treated with THC oil.

Haley told the advocates she has been following the ongoing debate over medical cannabis in the S.C. General Assembly. She also indicated she'd had several conversations about the issue with S.C. Senator Tom Davis — the lead sponsor of a reform bill that was shot down last month by the S.C. Senate.

More importantly, Haley met for several minutes with Dixie Pace from Piedmont, S.C. — a young girl who suffers from such debilitating seizures.

Pace was introduced to the S.C. Senate by Davis — part of his ongoing effort to highlight the people who are suffering as a result of our state's short-sightedness on this issue.

"She was very receptive and sweet to Dixie," our sources said of Haley.

Good ... now Haley needs to take the next step.

We're not calling on her to come out and champion the decriminalization of medical cannabis (although that would be nice). We would simply ask that she permit lawmakers to debate this issue free from the menacing presence of Mark Keel — her top cop and an ardent opponent of reform legislation.

We would also ask that her cabinet stop subsidizing a propaganda war against medical marijuana.

Anyway ... we're not going to be too harsh on Haley on this issue (at least not today). She did take the time to talk with these advocates — and signaled her intention to meet with them again in the future.

That's a sign Haley's mind is at least open on this issue ... which is a good first step toward the common sense medical cannabis reform the Palmetto State needs. 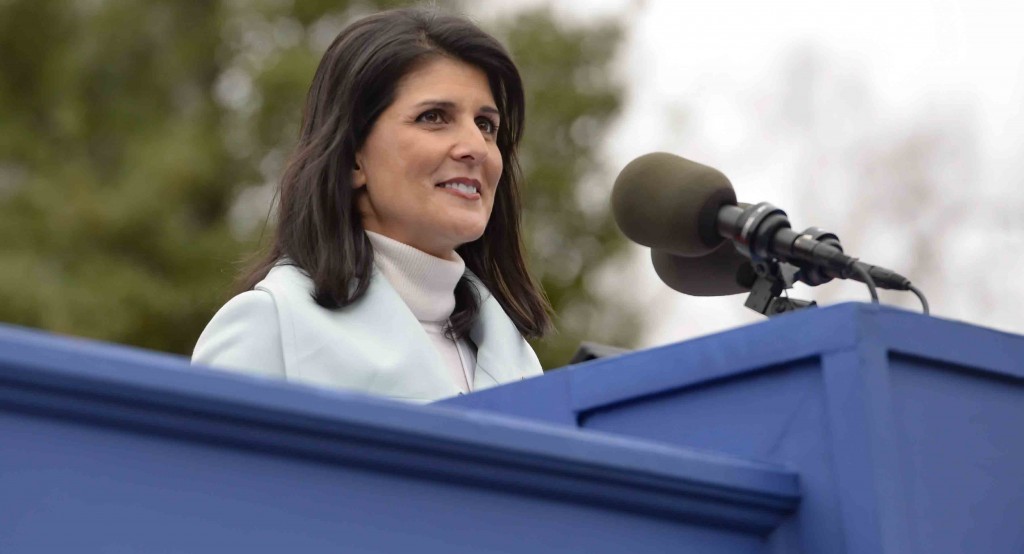 Jan 23, 2015
Jacob Redmond
J
K
CBD Oils Legalized In NC - How They Work For The Child The Law Is Named For