INDONESIA has cut some time off the prison terms of 7300 inmates, including Australian drug smugglers Schapelle Corby and Renae Lawrence.

The official Antara news agency reported their sentences were slashed by 45 days each.

Holiday remissions are traditional in Indonesia for some inmates with good behaviour, except those on death row or serving life in prison.

Corby was caught at Bali's airport in October 2004 with 4.1kg of marijuana in her boogie-board bag and is serving a 20-year sentence.

Lawrence is also serving a 20-year jail sentence for her role in the failed Bali Nine plot to smuggle more than 8kg of heroin from Bali in 2005.

The two convicted smugglers have received sentence cuts in the past, most recently in August as part of Indonesia's Independence Day celebrations. 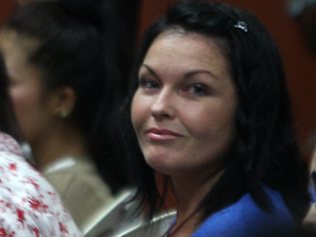 Schapelle Corby Gives Up On Life Beyond Bali Jail