School Of Marijuana - Research Facility To Be Established

A new research facility to study the scientific benefits of marijuana is to be established jointly in Jamaica by two local universities.

Paul Chang, chairman of the Ganja Law Reform Coalition made the disclosure at a Gleaner Editors' Forum last Wednesday.

"Gordon Shirley has stepped up to the plate. He's asked me to put together the Jamaica Cannabis Institute at UWI," Chang told the forum.

"We are making presentations to the UWI Council at the end of October. (It is going to) focus on scientific research in medical and other scientific applications."

Further to that, the ganja advocate said he has been made an adviser to the UTech president to drive the establishment of the new research facility, which if approved, will be built on the campus of the UWI.

For Dr Henry Lowe, the renowned Jamaican scientist who was instrumental in the development of the glaucoma fighting drug, Canasol, from marijuana, the establishment of a local research centre is critical for Jamaica to strategically harness the potential of ganja.

The establishment of the Jamaica Cannabis Institute follows similar efforts by Lowe and fellow scientist, Professor Errol Morrison, now the president of UTech, to build a facility to conduct research on ganja for medicine. That facility was closed in 2002. 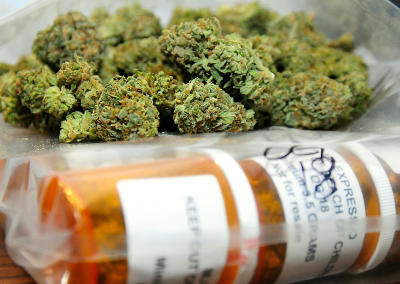