That means it is allowed to open at any time, but Dustin Johnson, president of Monarch Wellness Center, says he is not in a big rush.

"We are not sure about an opening date," he said. "Our construction is completed, but we are committed to doing this right."

That includes staff training, fine-tuning of computer programs and so on, he said.

"We're getting there, but it is a slow, tedious process."

Monarch invited several Scottsdale officials from the Police and Planning departments to tour the facility, near Pima Road and Via de Ventura, last week.

Security and sourcing of medical marijuana are two of the major concerns, and his medical director is attempting to tie together certain strains with specific medical conditions. Lots of research is taking place in that field, Johnson said.

Eventually, he said, Monarch would operate its own cultivation facility. He said it would be located separate from the clinic.

Monarch is in the south Scottsdale community health-planning area, which includes neighborhoods generally south of Doubletree Ranch Road. DHS set up the community health areas for research reasons, then decided that medical-marijuana regulations should assign one clinic per area.

The north Scottsdale area will not have a dispensary, at least not in Scottsdale.

Dr. Jonathan Coombs and Arizona Natural Selections are close to final approval for a facility in Cave Creek to serve north Scottsdale. 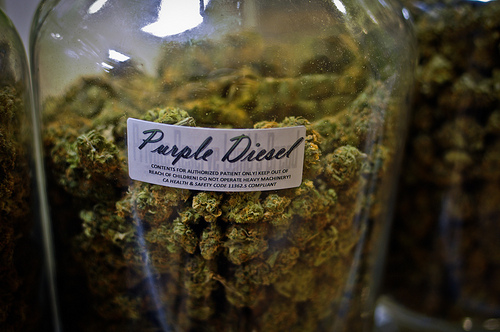